Ryuto “Dragon Boy” Sawada was one of the stars of Rich Franklin’s ONE Warrior Series (OWS), and now he is ready to show the world he is ready for the global stage at ONE: DREAMS OF GOLD.

Next Friday, 16 August, the Japanese grappling sensation will face Aziz “The Krauser” Calim in Bangkok, Thailand, and he expects to be even better than what he showed in the world’s largest martial arts organization’s home for up-and-coming talent.

The 23-year-old from the Meguro district of Tokyo exploded into OWS with two first-round submission finishes last year.

Though he suffered from some anxiety about competing outside his homeland for the first time, his success has made him confident ahead of his date at the Impact Arena.

“When I joined ONE Warrior Series, it was my first time competing abroad, so I felt very uneasy, but now I don’t,” he explains.

Now, he does not live or train in Japan since he was recruited by Evolve this February. That meant he had to move away from living his family and friends for the first time to Singapore, but his departure from “The Land Of The Rising Sun” means that he is 100 percent focused on his ONE debut.

It also means he has experienced a new level of training among the elite athletes at his new gym.

“My whole lifestyle has changed. I’m training with world-class martial artists and coaches, so it’s great,” he says.

Before he arrived at his new gym, “Dragon Boy” was already recognized as one of the most talented strawweight prospects in mixed martial arts.

He has earned nine of his 11 wins by stoppage, and a reputation as a submission specialist thanks to six victories by tapout. Now, thanks to the insights given to him by the world-class coaches at Evolve, he has fixed some of the deficiencies in his game.

“I’ve noticed that whenever I lost, it was because I wasn’t moving well, so I’ve been working on that,” he describes.

With their help, he has also developed a strategy that he is sure will take him to victory against his upcoming opponent.

He knows the 21-year-old from Indonesia has some physical advantages and is coming off an impressive first-round submission victory at ONE: ETERNAL GLORY in January, but he believes he can stay out of danger and execute his game plan.

“My coaches and teammates help me with videos to look at Calim’s movement and give me advice,” he adds.

“Calim is tall, so I have to get inside, use my striking, and look for a takedown. He has shown he can finish, and there’s a height difference, so I think I have to stop him getting into my space, but I mostly fight guys who are taller than me and have a longer reach, so that’s not really a big problem.” 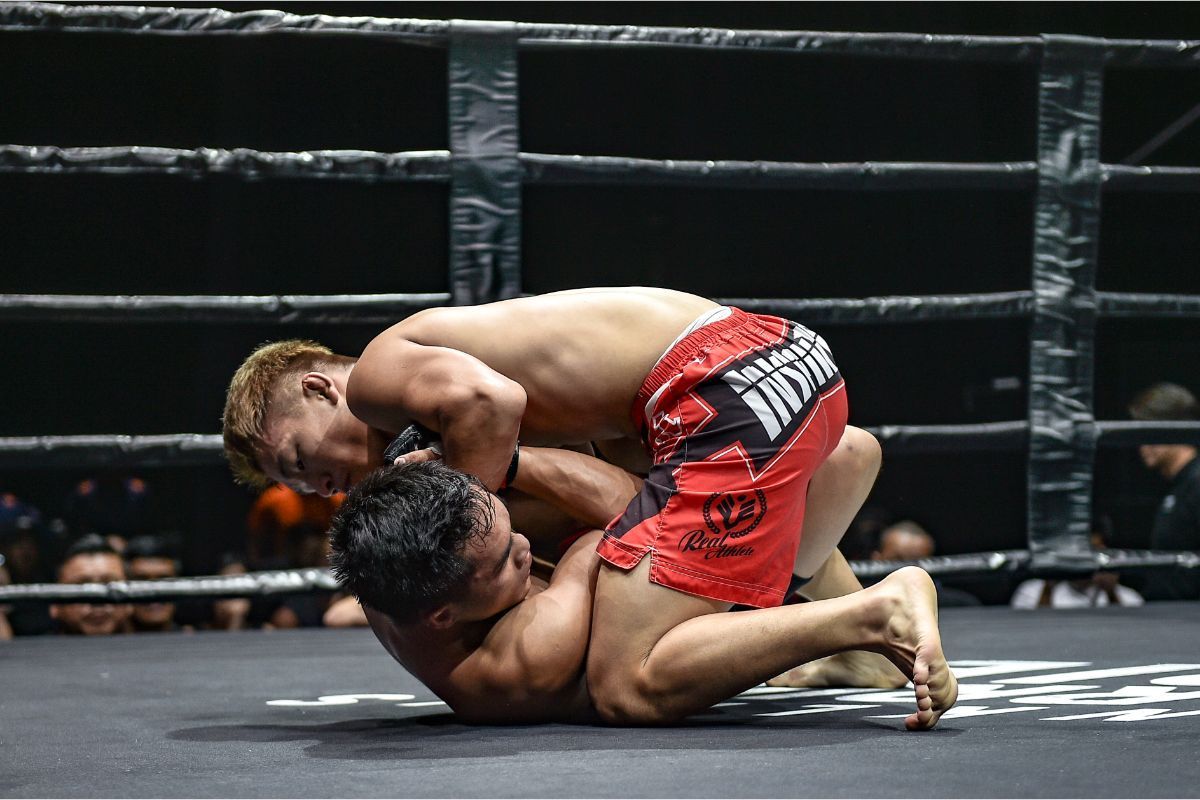 Furthermore, Sawda says his aggression and relentlessness will be unlike anything Calim has ever seen. If everything goes according to plan, “Dragon Boy” hopes to put on a performance that will make him an instant fan favorite in ONE.

“I feel I’ve faced a lot of strong opponents, maybe stronger than Calim, so I think I can control the action,” he adds.

“I will look for a submission, but if I don’t get it, I am always looking for the next one. I keep going through the chain until I find one that works, and I think he won’t be able to read that.

“Either a submission or a KO is fine, but what I want most is to get the finish. What I want to show the fans most is my aggressive style. This is my real ONE Championship debut, so I want to show my good points. I’m coming for the finish from the first round.”