The co-main event at ONE: AGE OF DRAGONS promises to bring some thrilling action to the Cadillac Arena in Beijing, China, as two hard-hitting knockout artists clash with gold on the line.

This Saturday, 16 November, the inaugural ONE Light Heavyweight Kickboxing World Title will be on the line as Ukraine’s Roman Kryklia challenges Tarik “The Tank” Khbabez.

The high stakes would be enough to guarantee a sensational clash, but fans can expect the Krasnograd native to bring even more intensity to the ring as he attempts to avenge a loss to his Dutch-Moroccan rival in his ONE Super Series debut.

Khbabez defeated Kryklia via unanimous decision in the final of a one-night tournament back in 2015, but he rebounded from that setback to win a hatful of matches and become the KLF World Champion.

That earned him a contract with the world’s largest martial arts organization, and a chance to gain redemption against one of The Home Of Martial Arts’ most dangerous men.

Ahead of this explosive rematch, the Belarus-based athlete broke down what this opportunity means to him, how he has changed since his first meeting with “The Tank,” and why he expects the result to be different this time around.

ONE Championship: How excited are you to make your ONE debut?

Roman Kryklia: I am counting the days! It is time to prove myself against Tarik and set the record straight.

I lost to him back in the 2015 Superkombat World Grand Prix. I have avenged most of my losses, but not this. My next win is waiting for me in Beijing.

ONE: How much did you know about ONE before you got an offer from its management?

RK: I knew the name, but as I do not follow social media much, I can’t say I knew a lot.

Of course, I heard about the eight-man championship won by Giorgio Petrosyan. I think it was one of the most important events in kickboxing in recent years, so I was very excited when ONE approached me and my manager.

ONE: How excited are you at the chance to avenge a defeat to Khbabez?

RK: I am happy to see him again! Everyone likes to win, especially to revenge a loss.

I lost to Tarik when we met in the past, I should make it right now. I wasn’t surprised that he would be my next opponent because he is one of the most noticeable guys in ONE’s light heavyweight division. I was ready for him.

ONE: How have you changed since your last bout with him, and how different will the rematch be?

RK: I’ve become more tactical. Now I am spending more time on physical conditioning. That’s why I lost before – I got tired very quickly.

I haven’t been following him, but since I have found out we would face each other, I’ve been going through his recent fights online. His style has changed – he is more forward now, more aggressive. He likes to attack, he is dynamic, and gives a good show.

I hope to counter him with good tactics and improved physical condition. I am training for five rounds now. I am not really a fighter who throws himself into the fight trading punches or absorbing punches, so I really spend a lot of time on tactics and technique.

I would love to be remembered as a smart and technical fighter. This is where the Belarusian school of kickboxing is different – unlike the dynamic and physically-dominant Dutch style, we show a different approach, where we try to outsmart our opponent and show a clean and technical style. I’d like to be remembered as an intellectual fighter, rather than an uncompromising KO artist.

ONE: How would you like this bout to go?

RK: Ideally, I would love to win all five rounds and win via a KO right at the last second. I am kidding, of course, but why not? It is a dream I hope to realize. 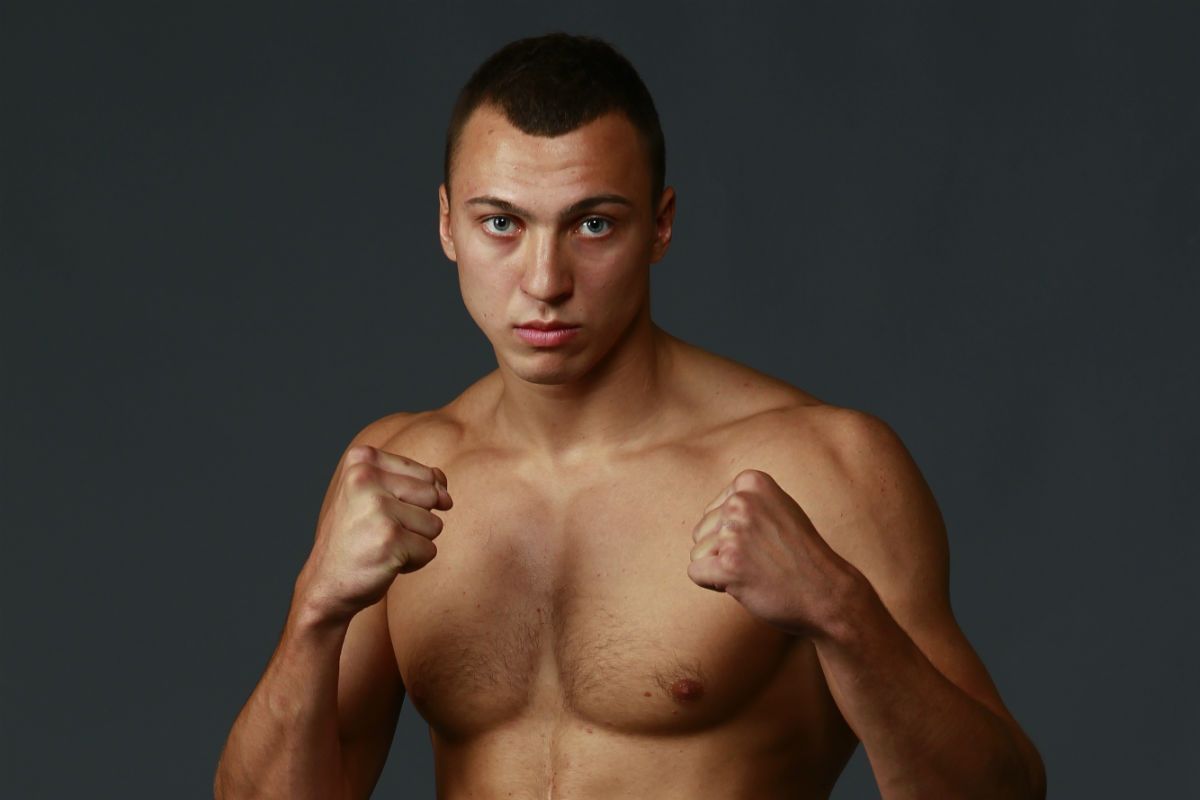 ONE: What are your chances to finish this bout early?

RK: I have a good chance, I think. We will be using small gloves – 4 ounces, which is unusual, so it is a bit harder to tell, but I am sure things might finish quickly.

ONE: How excited are you to return to China, where you won your World Title?

RK: I am looking forward to my trip to Beijing – I can’t wait to go back to China.

I have only positive impressions from my last visit. The fans were very emotional, I remember that. Their reaction was very loud!

ONE: What would it mean to take the World Title back to your homeland?

RK: I hope I can bring the ONE belt to Ukraine. ONE is getting more and more known through the press, and now people who are not very familiar with martial arts know about this promotion.

If I win, I hope people in Ukraine find out about it and feel proud and happy for me.