Rodtang “The Iron Man” Jitmuangnon earned his place in history at ONE: DAWN OF HEROES, but he believes he can add more gold to his trophy cabinet.

Last Friday, 2 August, the 22-year-old clinched the ONE Flyweight Muay Thai World Title from Jonathan “The General” Haggerty by unanimous decision after an incredible, five-round battle.

Their performances captured the imagination of the martial arts world as they left everything in the ring in Manila, Philippines, but the Thai hero’s explosive punching power gave him the edge on the judges’ scorecards.

It was a dream come true for the Thai superstar to win gold on the global stage, and he broke down in tears when his hand was raised.

Now he has had time to reflect on his performance and his accomplishment, he reveals what was going on in his head during this career-defining moment, and how he won the biggest bout of his career.

ONE Championship: How would you analyze the first two rounds, which Haggerty appeared to win?

Rodtang Jitmuangnon: I really felt his size advantage in the first round of the fight. It was hard for me to really do anything to overcome the size difference, but I quickly realized that I needed to move in faster, otherwise I wasn’t going to win.

Going into the second round, I started to warm up a bit more. It had been a few months since I last fought, and I felt a bit sluggish at first.

He has a really good push kick that was really effective against me, but nothing he threw really hurt me. By the end of the second round, I felt very confident and knew what I needed to do. 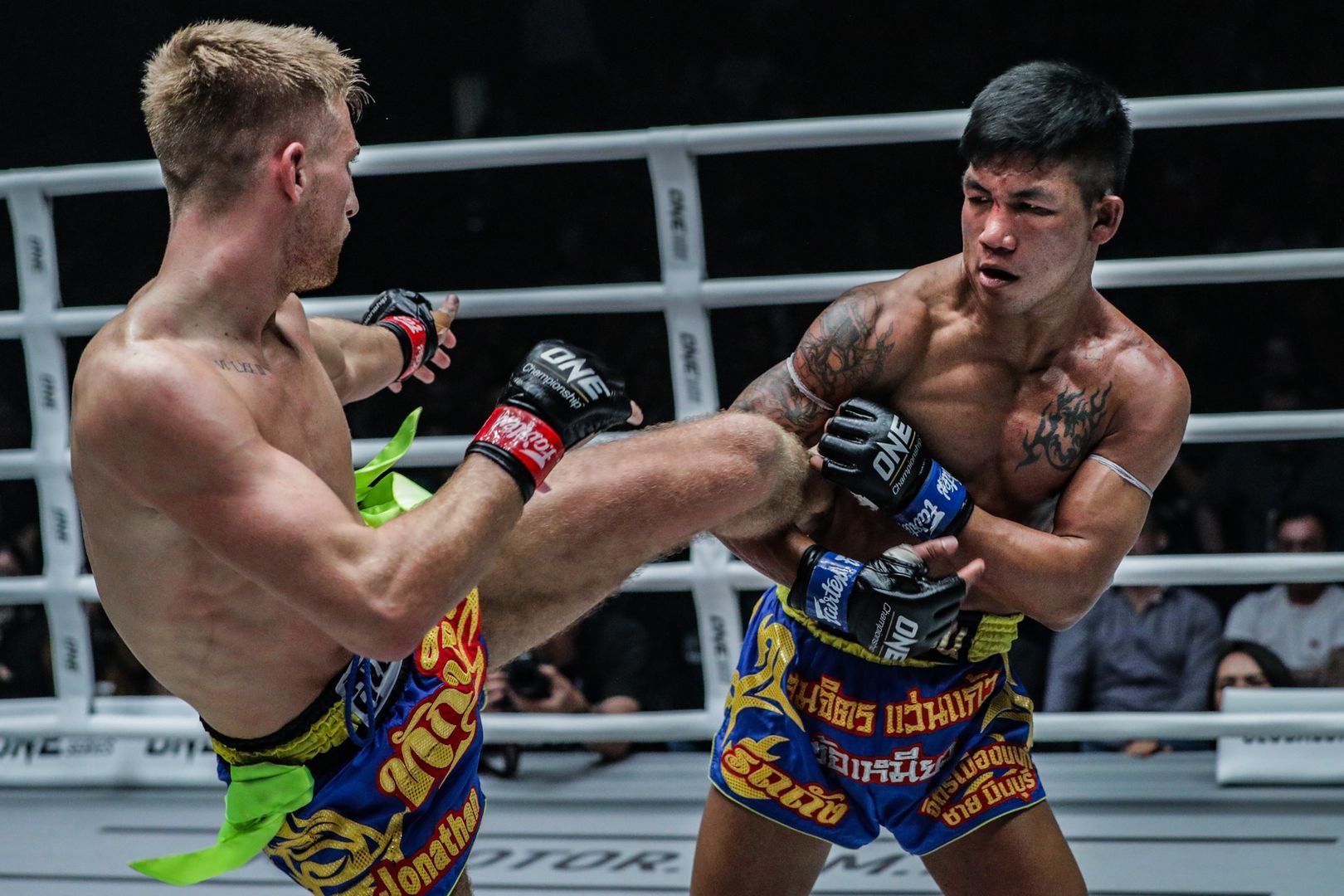 ONE: What changed for you in round three?

RJ: Round three was all mine. I found my rhythm and was able to close the gap.

I feel like I really overwhelmed him in that round, and saw him start to fade. I had my trainer and Mare Ae [manager of Jitmuangnon Gym] with me in my corner giving me advice, but I knew deep down what I needed to do, and followed my plan.

ONE: How much of a turning point was the knockdown in round four?

RJ: I wasn’t thinking about going for a KO or anything like that, I just felt this was going to be a really important round for me.

He really didn’t like the body shots, and when I saw that, I switched it up to go to the head. I wasn’t really surprised that he got up.

I felt like that shot only hit him with 70 percent of my power, but when he went down, I felt in my heart that I had won the fight. ONE: What was your strategy going into round five?

RJ: I felt that I was ahead of the scorecards, so I just did enough to stay in control of the fight. I kept calm and stuck to my plan, but didn’t try to overdo it.

ONE: What was going through your head before the decision was announced?

RJ: I felt that I might have lost the first two rounds, not by much though. I knew that I had I won the third round, and the fourth I gave him a count. I felt I won the fifth too, but it could have been scored a draw.

I was a bit worried about the decision because it was just such an exciting moment for me. Plus, international scoring is different than in Thailand.

I was confident I had won, but just really needed to hear it first. 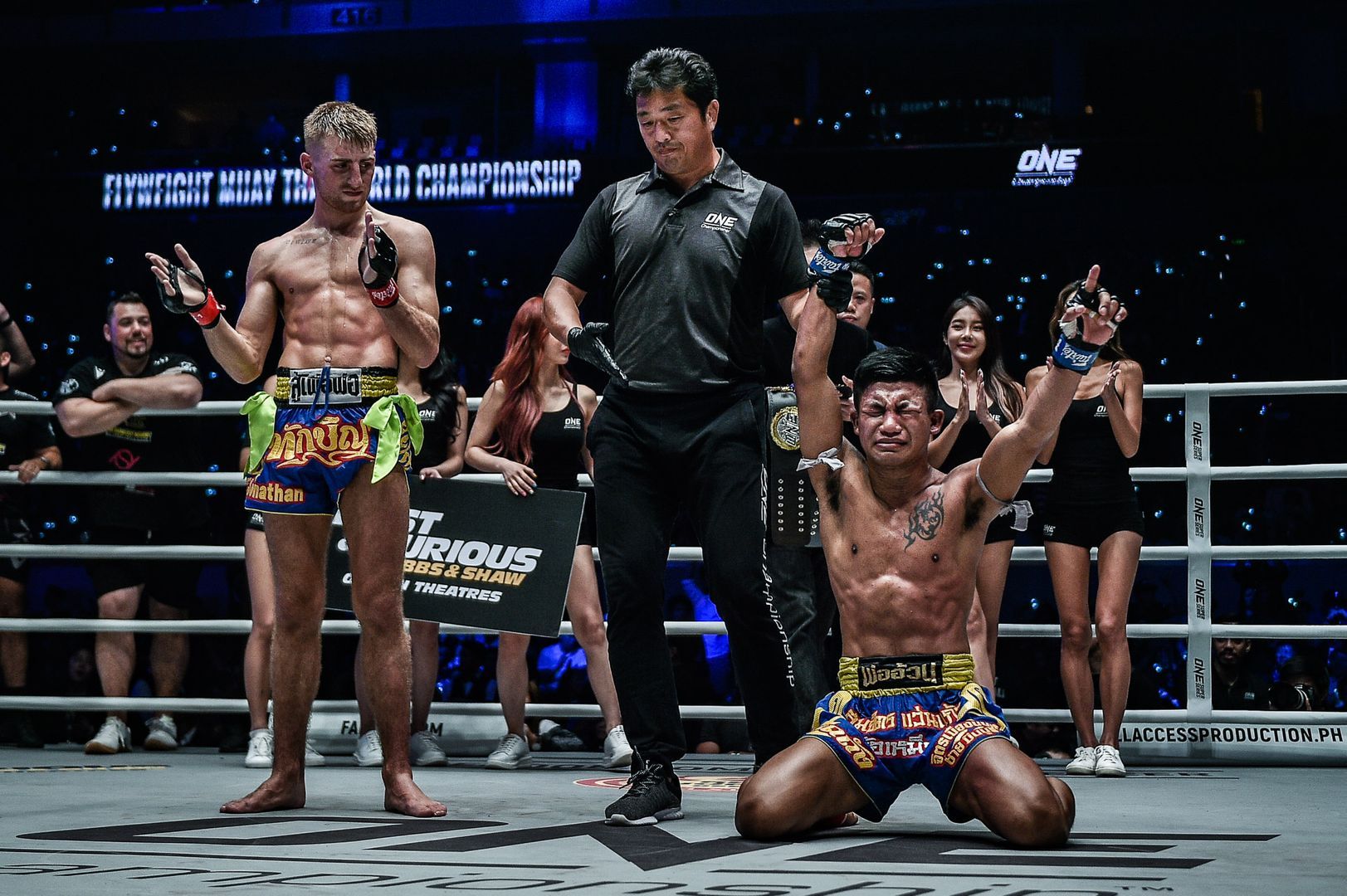 ONE: What did it mean to you to finally have your hand raised?

RJ: I didn’t know what to say, I was so happy to win. It left me speechless.

It has been a goal of mine for a long time. I put everything I had into this fight. It meant the world to me.

ONE: What did it mean to you to have Mare Ae there in the ring with you?

RJ: It was so important to have Mare Ae there. For me, she represents my late manager, Mr. Huan. He was like a father to me, so having her there was like an extension of him.

She is also the person that takes care of me all the time, and it is because of her that I am here. It was an amazing experience having her in the ring with me to celebrate, and I am so grateful she was there. 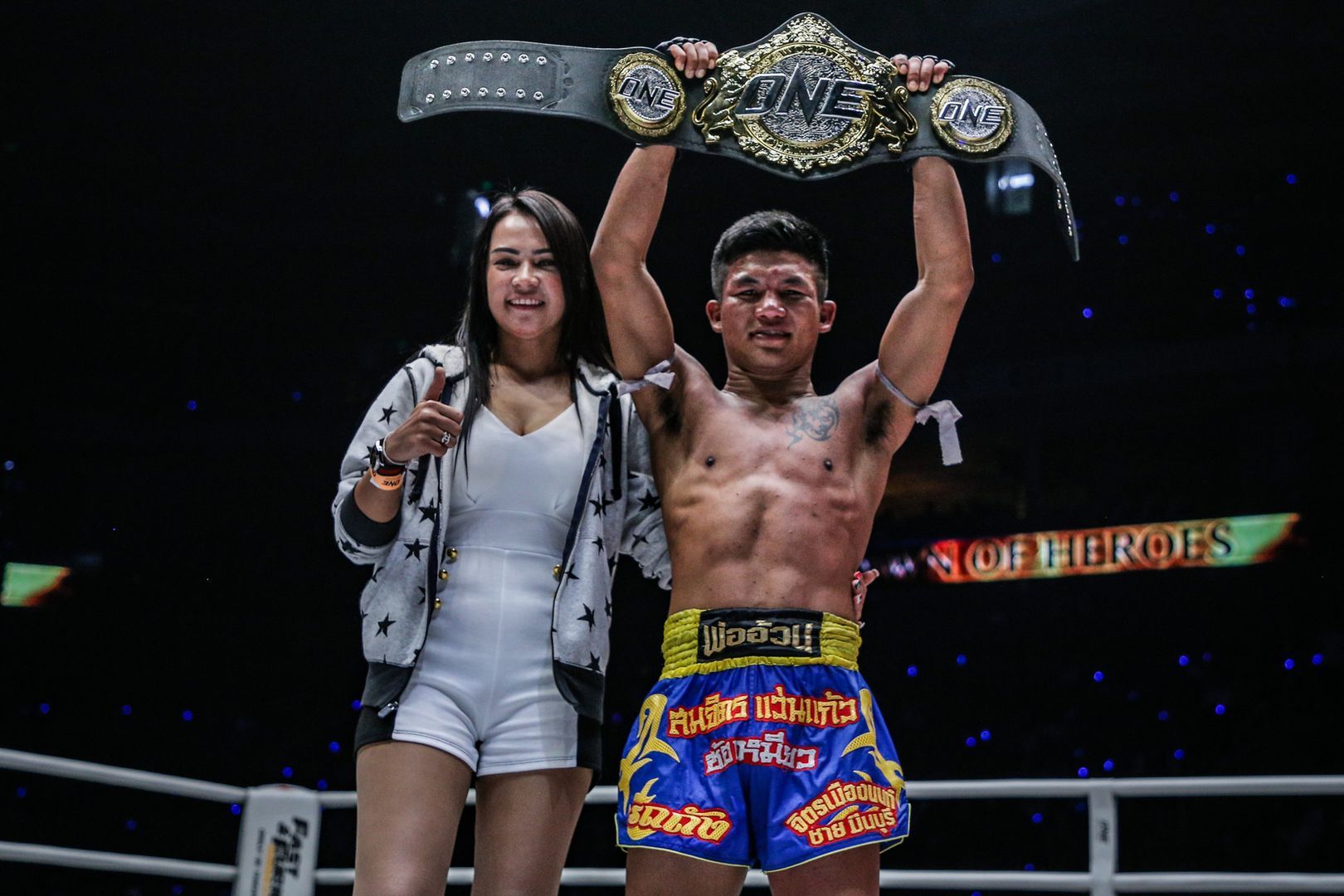 ONE: What’s next for you?

RJ: I’m eager to see Petchdam Petchyindee Academy defend his ONE Flyweight Kickboxing World Champion later this month. Petchdam and I are 1-1 in Muay Thai in Thailand.

I’d like to let Mr. Chatri Sityodtong know that I would like a shot at the ONE Flyweight Kickboxing World Title, and would be ready whenever the opportunity comes about.