Rade Opacic has quickly emerged as one of the top heavyweights in ONE Super Series, and he will not stop until he has some gold to show for it.

The Serbian plans to add to his two-knockout tally on the global stage when he squares off against Patrick “Big Swiss” Schmid in a kickboxing clash at ONE: FIRST STRIKE this Friday, 15 October.

With another big victory, Opacic hopes to earn himself a shot at the vacant ONE Heavyweight Kickboxing World Title. But regardless of the outcome, his goal will remain the same.

“Obviously, the short-term goal is to win my fight, but my [ultimate] goal is to become the ONE Heavyweight Kickboxing World Champion,” he says.

“I have dedicated everything I have to this sport, so I’m going to do everything – and face anyone – to accomplish that.”

Opacic announced himself in The Home of Martial Arts with a stunning knockout debut victory over Errol “The Bonecrusher” Zimmerman at ONE: BIG BANG II in December 2020. The 24-year-old uncorked a spinning heel kick to drop and finish the teak-tough Dutch veteran.

The Serbian followed it up with a two-round demolition of Bruno Susano at ONE: UNBREAKABLE in January to put the heavyweight division on notice.

However, despite his impressive run, Opacic has still taken away valuable lessons from his back-to-back ONE Super Series wins and plans to incorporate that newfound knowledge into his battle with Schmid.

“The biggest thing in my career so far was the KO from December. That allowed people to see me, and it was in a spectacular way,” the Belgrade native says.

“Bruno is also a very good fighter. He took a lot of shots and didn’t fall down. It was a good fight, I enjoyed it, and of course, it was good for me.

“I’m glad that once again I put on a good show for the ONE fans, but maybe I went a little too much to the liver when I hurt him the first time. Now, I have to be more patient. That’s what I have learned.”

Schmid is a formidable foe with plenty of experience in Muay Thai, kickboxing, and boxing. The man from Zurich even squared off against former multi-time Boxing World Champion Anthony Joshua in the amateur ranks.

Opacic has picked out his rival’s acumen in “the sweet science” as something to look out for, though he knows Schmid will come in well prepared in all areas of the game.

“He is a very experienced guy. He is 34 years old and has a lot of fights on his record. He’s a good fighter with good cardio,” the KBKS Team product says.

“He boxes a lot and uses his hands. I think he will try to use them against me, but I’m going to come prepared for war and prepared for everything. 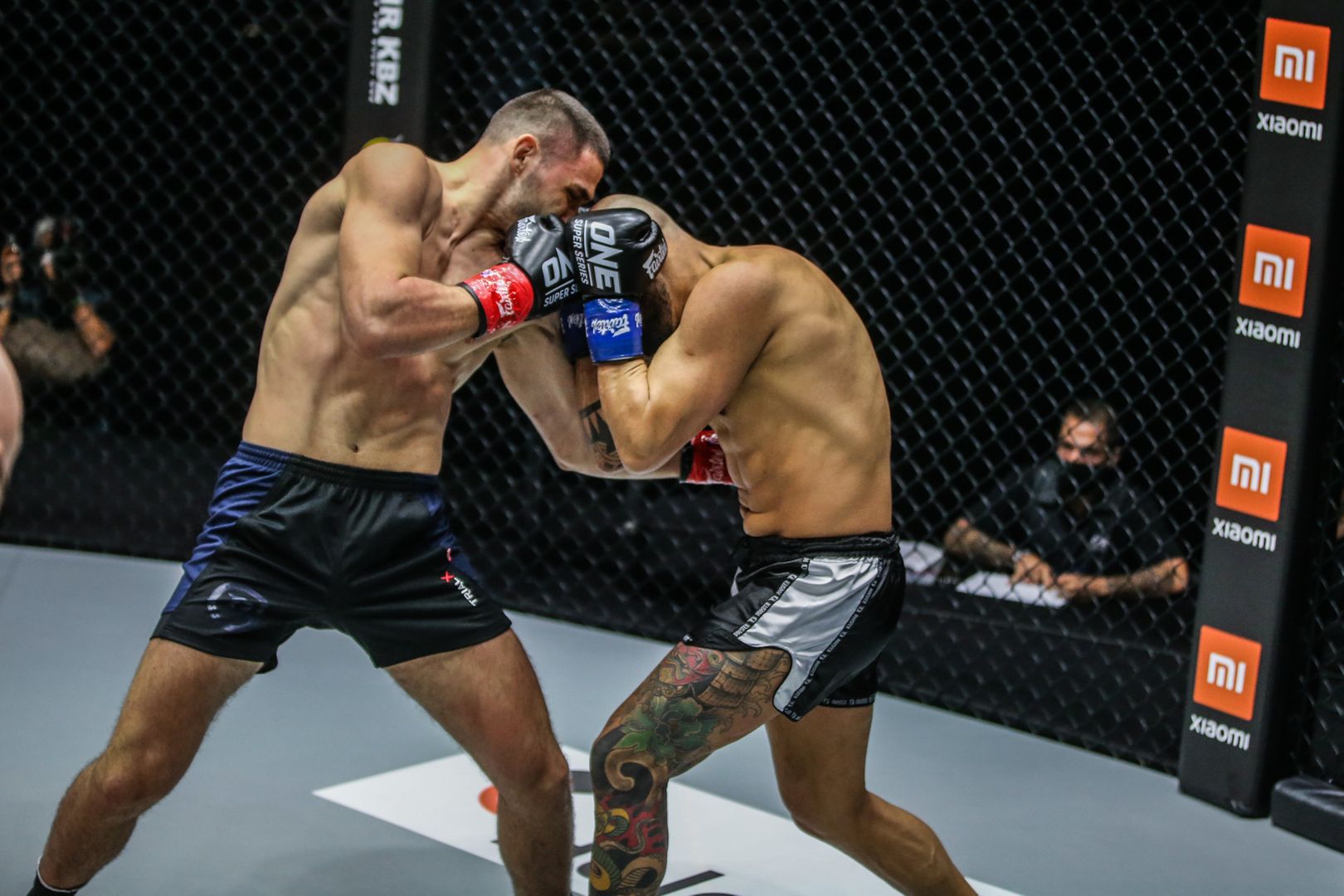 Entering with the confidence of a man who has just secured two of the biggest victories of his career in quick succession, Opacic admits he is less concerned about what to expect from his rival. Instead, he believes it will be his own performance that dictates the encounter.

“I don’t focus much on the opponent. Obviously, I see what his weapons are, but I focus on what I’m going to do, and if I can do my thing right, then it’s going to be a good night for me,” the young heavyweight adds.

More than anything, the rising Serbian star believes that he is the one in his prime, both physically and mentally.

Opacic has shown how he can end any opponent’s night — either in the blink of an eye, or through sustained punishment — and he’ll take the victory any way it comes on 15 October.

“I’m taller, faster, younger, and more explosive. I’m going to go to finish it. It’s that simple,” he says.

“I will work on the simple stuff. I’ve always been an all-around fighter. I have KOs with spinning kicks, punches, and high kicks, so I can throw everything. But I’m not really thinking like that. I’m thinking about simple things and then, eventually, I will throw something and [the knockout] happens.” 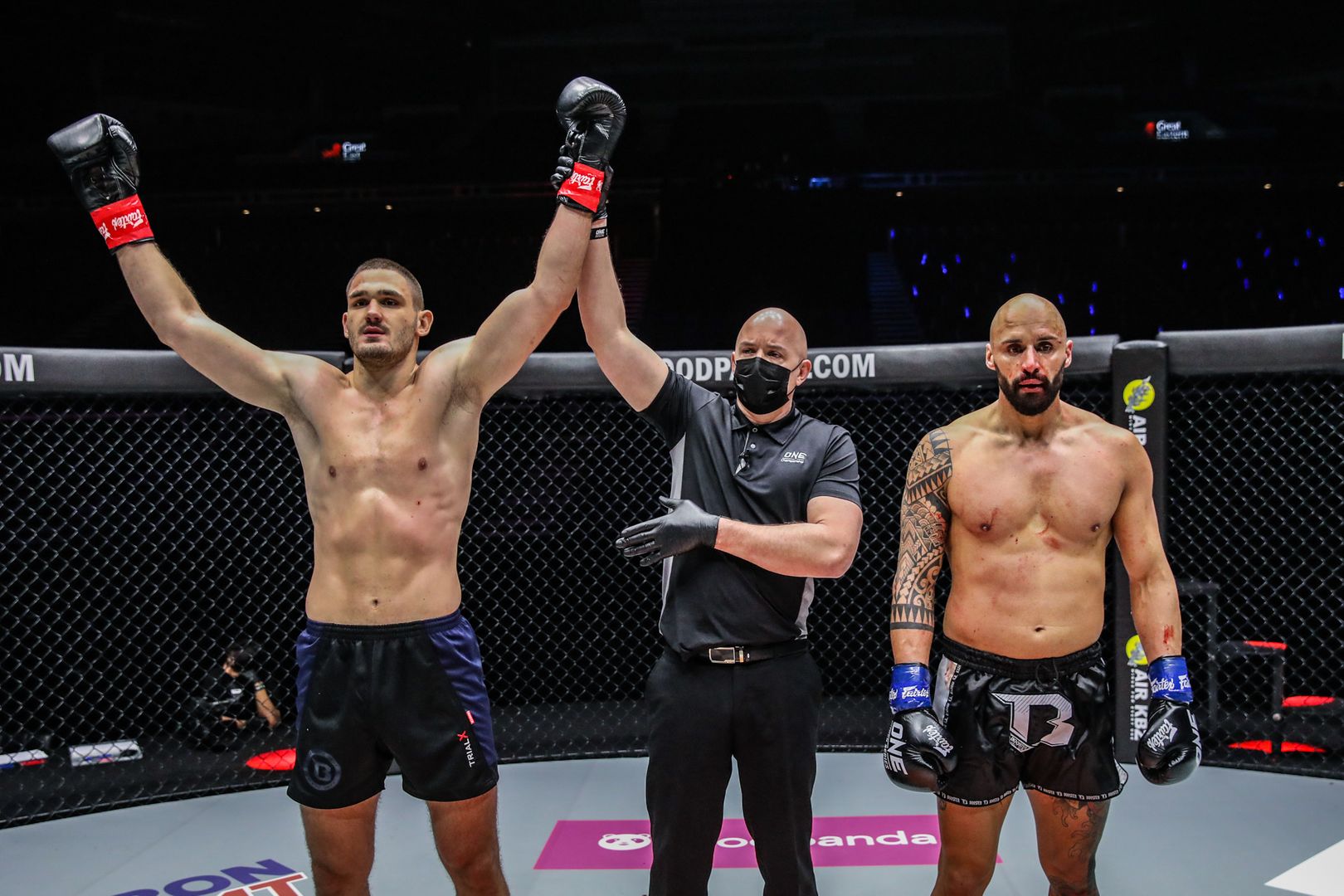