Petchdam Kaiyanghadao (91-13-7) caught the eye in more ways than one in his ONE Super Series debut.

In July, the Muay Thai World Champion received a huge ovation in Kuala Lumpur, Malaysia, as he danced his way to the ONE Championship cage.

Fans might have liked his entrance, but they loved his finish in a Muay Thai flyweight contest at ONE: PURSUIT OF POWER even more.

The WBC Muay Thai World Champion showcased some innovative and unorthodox striking, throwing a kick that turned into a devastating knee strike that knocked out Josh “Timebomb” Tonna in the second round.

No one saw it coming, least of all the Australian, but while Petchdam might have exuded confidence inside the cage, he was actually nervous on the night – taken aback by the size of the crowd in a venue that Manny Pacquiao was booked to compete in the following day.

“I was very nervous before the fight because I had never fought in front of such a large crowd before,” the 20-year-old Thai confesses.

“Also, I was not used to the loud music, and the special video and light show that ONE made for me. But, I worked on my dance with P Boat (Nuttadaj Vachirarattanawong), and in the end, it was a lot of fun.” 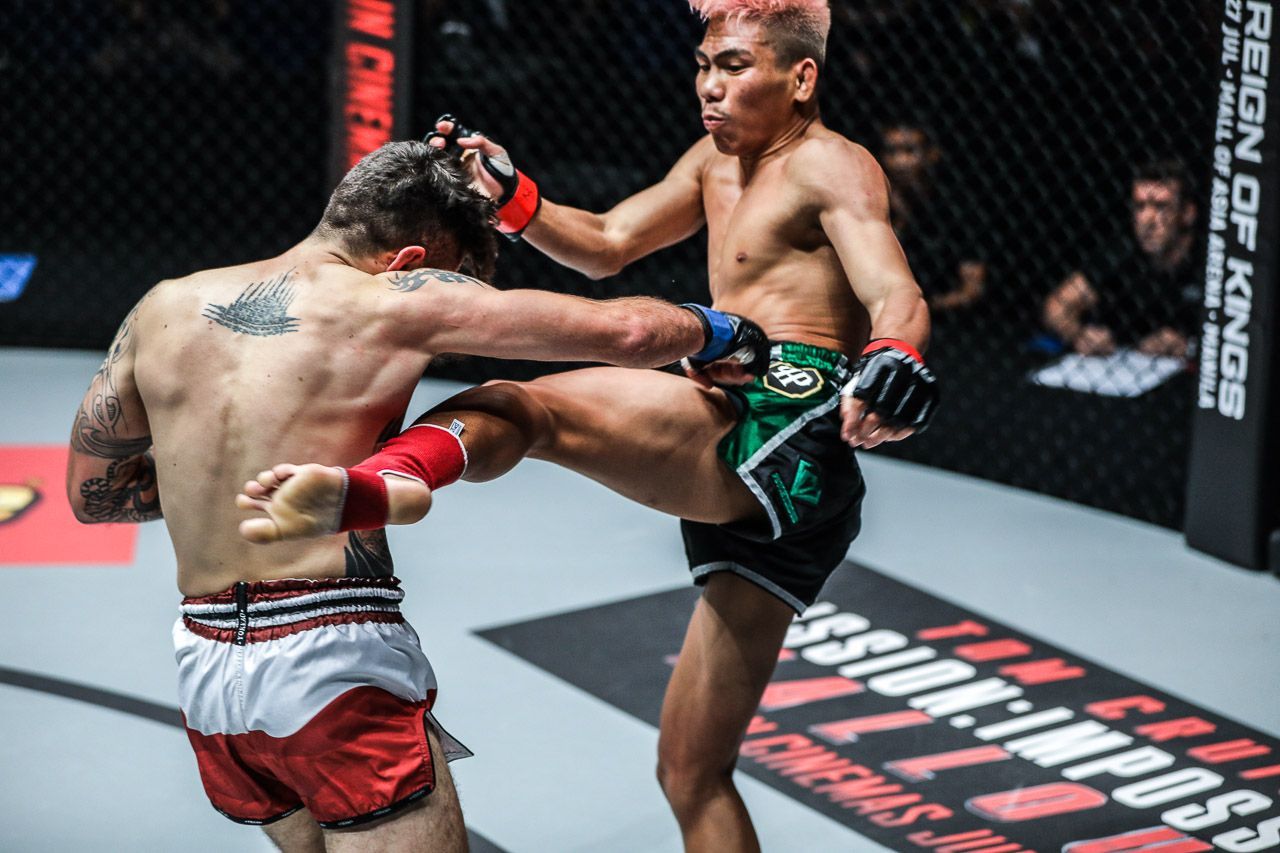 Petchdam will look to have some more fun on Saturday, 6 October.

He will square off against Australia’s Kenny “The Pitbull” Tse (39-5) at ONE: KINGDOM OF HEROES in his adopted hometown of Bangkok, Thailand.

Tse, a K1 Commonwealth Champion, trains out of Team Ultimate Australia alongside four-time Kickboxing World Champion Andre “The Giant” Meunier, who is scheduled to meet Alain “The Panther” Ngalani later in the same evening.

With thousands of fans expected to fill the Impact Arena, and millions watching around the world, Petchdam is motivated to win in spectacular fashion, and he has done his homework to give him the best chance of victory.

“I have watched his fights online,” the Thai begins.

“He has powerful punches and likes to go for the KO, but the match is in regular boxing gloves, so I am not worried. I am prepared to go to war, and believe my powerful kicks can make the difference in this fight.”

There is something else that is making this event particularly special.

The young athlete will be competing on the same card as his teammate and personal hero Petchmorrakot Wor. Sangprapai, who faces Russian powerhouse Alaverdi “Dagger” Ramazanov.

After all, Petchdamn was inspired by the 24-year-old to leave home and join the legendary Petchyindee Academy.

“Petchmorrakot Wor. Sangprapai is my biggest idol in Muay Thai,” he admits.

“He is from the same village as me in Ubon Ratchathani, and I moved to Bangkok just after he had become a big star in the stadiums.”

A post shared by PETCHDAM PETCHYINDEE ACADEMY (@petchdam.official) on Apr 8, 2018 at 1:48am PDT

Similar to his idol, Petchdamn had a difficult childhood coming from a poor background. His parents are farmers, and as the oldest of three brothers, is expected to provide for the family.

So far, he has more than lived up to these lofty expectations, as he is single-handedly helping his entire household get out of poverty.

“I have built a house for my parents and bought them a pickup truck, which I pay for every month,” he says.

“This helps with the farming, and thanks to ONE Championship, I am going to be able to pay for my two younger brothers to go to school so that in the future, they won’t have to work as hard as I do.”

Petchdam will continue to put in the hard work, and he hopes it pays off at ONE: KINGDOM OF HEROES.

From the moment the music starts and he makes his way into the ring, the Petchyindee warrior will attempt to entertain the masses once again, and all signs point to an explosive encounter.