ONE Championship recently announced some incredible additions to its ONE Super Series featherweight ranks, and now there are even more signings for fans to get excited about.

More than a dozen of the world?s top athletes have put pen to paper with the world?s largest martial arts organization, and they are all determined to make an impact in the promotion?s mixed martial arts, kickboxing, and Muay Thai divisions.

Here are the 14 warriors who plan to make their presence felt in The Home Of Martial Arts once the 2020 calendar of events gets back underway.

Rising star Hyeon Woo Ko hails from Busan, South Korea, and brings a phenomenal seven-bout winning streak to the global stage. The 27-year-old featherweight is 8-1 as a professional mixed martial artist and has finished seven of his opponents to date.

Daniyal Zainalov is an unbeaten light heavyweight mixed martial artist who owns a 7-0 slate and a slew of accolades. The Russian has finished six of his seven opponents, including four by way of knockout.

The light heavyweight division is gaining another colossal talent in the form of South Korea?s Hyun Man Myung. He is a Max FC Heavyweight Kickboxing Champion with a 55-5-2 kickboxing record and a 5-3 (1 NC) mixed martial arts record. ?The Iron Gentleman,? as he is called, will compete in both sports on the global stage.

I'm still trying to find the right words to summarise this last week. To say I'm still completely overwhelmed and shocked is an understatement. I went into this tournament with the expectation of gaining experiance and the mindset of being grateful to just be there. Never in my wildest dreams did I believe I'd come away with gold. I didn't even tell most people a contract with @onechampionship was up for grabs because there was no way I could fathom the idea that I could come away with it. At the end of the day, all I can say is I am so utterly thankful, grateful and appreciative to all those that got me to @gamma_mma. Without the constant support from my gym, my family, my friends and my team this would never have happened and these wins are all dedicated to you. All I ever hope to do is make everyone that has dedicated time and effort into me proud. Now onto the next challenge @onechampionship ???? #imjusthappytobehere #whatevenjusthappened #inshock #youcantbeserious #thegumbydidit #guessimaworldchampnow #doesntchangeanything #bringonthenextfightcamp #gammaworldchampion #gammamma #onechampionship #bloodsweatandtears #hardworkpaysoff #trainhardfighteasy #dedication #mach1fightclub #mach1family #teamm1fc #teamaustralia???????? #teamecto #flowperformance

Courtney Martin earned her spot on the ONE roster when she won gold at the 2019 GAMMA World Championships in Singapore last November and claimed the tournament?s Best Female Athlete accolade. The Australian, who owns an 8-1 amateur record, will make her professional mixed martial arts debut in the women?s flyweight division later this year.

Edson ?Panico? Marques is another undefeated star who has inked a deal with ONE. The Brazilian boasts a 9-0 record in professional mixed martial arts competition and is the current NP Fight Welterweight Champion. With his strong background in both boxing and Muay Thai, Marques will also compete in ONE Super Series.

New Zealand?s Muaina Manase also earned his ONE contract at the 2019 GAMMA World Championships, where he won the men?s middleweight division and was named Best Male Athlete. The powerful Kiwi scored stoppage wins in both his semifinal and final bouts. When he makes his promotional debut, it will be in the welterweight division.

Japanese mixed martial arts star Hiroba Minowa is ready to step onto the global stage. The Shooto Strawweight World Champion would love to follow in former foe Yosuke ?The Ninja? Saruta?s shoes by reaching the top of the division. At 11-2, Minowa has finished all of his opponents inside the distance, with eight of those wins coming by way of submission.

Russia?s Shamil Abdulaev will add firepower to the middleweight division. The Moscow native, who owns a 12-1 record, is a two-time World Champion in mixed martial arts and has finished seven of his opponents.

Anatoly Malykhin is set to bolster the heavyweight mixed martial arts ranks with his freestyle wrestling repertoire and athleticism. The Russian is unbeaten at 8-0 – with all his victories coming by way of submission or knockout – and won the WMMAA Amateur World Championships in 2017.

Serbia?s Mihajlo Kecojevic will join the ONE Super Series kickboxing ranks in the light heavyweight division. The FEA Heavyweight Grand Prix Champion holds a 13-1 record, and he is known for his aggressive, come-forward style.

Murat ?The Butcher? Aygun is another striking superstar who will be competing in the light heavyweight division. The Dutch-Turkish kickboxer holds a 16-1 record in the sport, and he is an ISKA and WFL Heavyweight World Champion. Aygun trains under Said El Badaoui – coach to ONE Flyweight Kickboxing World Champion, Ilias Ennahachi.

Canada?s Jonathan Di Bella is one of the most exciting young kickboxers on the planet. After winning several regional and national titles in North America, Di Bella makes his way to the global stage. The Canadian, who owns a 10-0 record, will compete in the strawweight division. 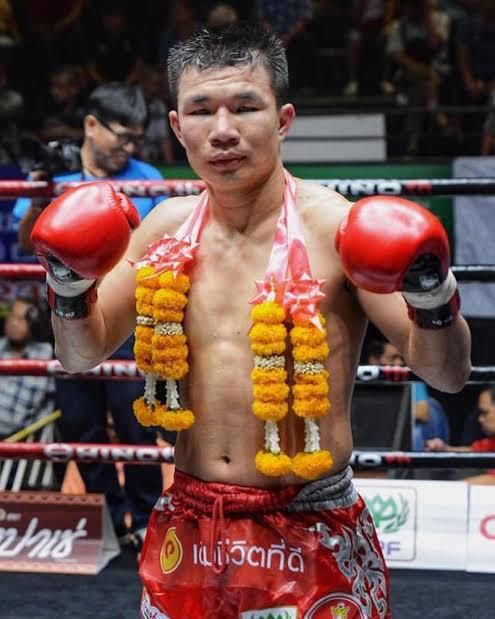 HUGE NEWS. I have now signed a contract for the biggest combat sports promotion on the planet? ONE CHAMPIONSHIP @onechampionship I can’t announce date, venue or opponent until they release it but all’s I can say is I snatched the chance with both hands and that Fight News will be here very soon. Thank you @calder_27 for giving me the chance to show everyone what I can do on the yokkao shows. This is just the start. Thank you to my team and sponsors @caseybek @kevincasey2001 @jmk_imperial @iandeary @gravityhealthclub @julieannmancinisportstherapist @bolo_fightwear_uk @webbfit

British Muay Thai striker Jacob Smith is known for his relentless aggression in the ring. With a 10-1-1 professional record, he is another exciting addition to the already-packed flyweight division.