After an incredible performance to win the inaugural ONE Bantamweight Muay Thai World Title, Nong-O Gaiyanghadao wants to leave no doubt he is his division’s best athlete.

Fresh off his victory over Han Zi Hao at ONE: CLASH OF LEGENDS in Bangkok, Thailand on 16 February, the Evolve representative wants to maintain his momentum.

As a man who has kept an active schedule throughout his career, he is itching to get back in the ring and take on the best contenders ONE Championship can put against him.

“I hope to get back into the ring and defend my ONE Championship World Title as soon as possible,” the Thai superstar says.

“I am willing to face anyone, it’s up to ONE Championship who they would like to match me up against.”

Nong-O overwhelmed a tough challenger in Han to claim the World Title, but China’s top Muay Thai export showed he was worthy of the opportunity with a display of skill that made sure the contest was not all one-way traffic.

He was a certified threat to the Singapore resident with his punching power, and though Nong-O used his experience to navigate danger and ultimately emerge with a comfortable victory, Han also showed the tenacity and spirit to take the match to the judges’ scorecards.

It was a performance that earned the respect of his rival. 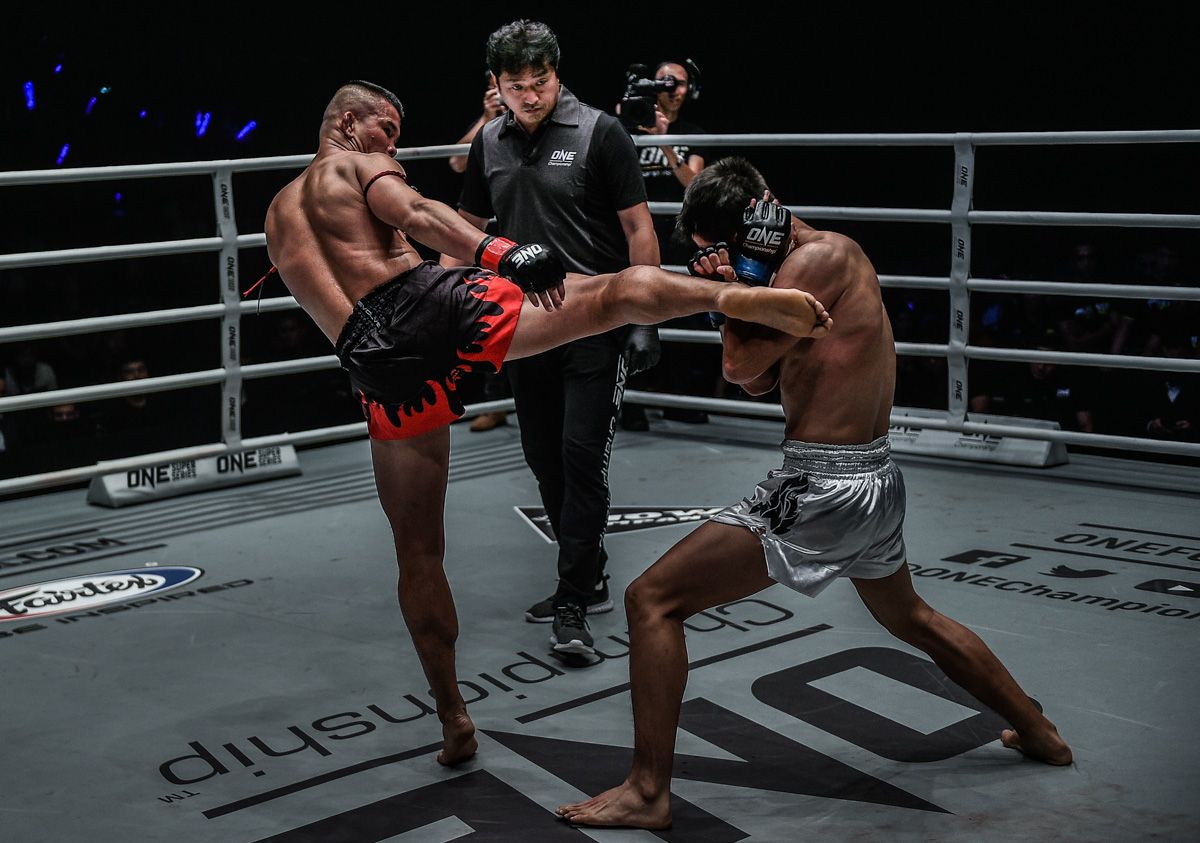 “I trained hard every day with all the different World Champions at Evolve,” Nong-O says.

“I felt comfortable in the ring and had fun. I landed a good elbow for the knockdown, but I knew that Han Zi Hao was tough, so I wasn’t surprised to see him get back up.

“He is a good young athlete. I think he has a bright future ahead of him.”

Despite the challenger’s resilience, the four-time Lumpinee Stadium Muay Thai World Champion was spurred on throughout by his countrymen inside the Impact Arena.

Roars greeted every strike he landed for the duration of the contest, and a deafening ovation greeted the announcement of the official verdict.

That support, as well as the international reach of ONE broadcasts, means Nong-O’s capture of the World Title will go down as one of the finest moments in his legendary career. 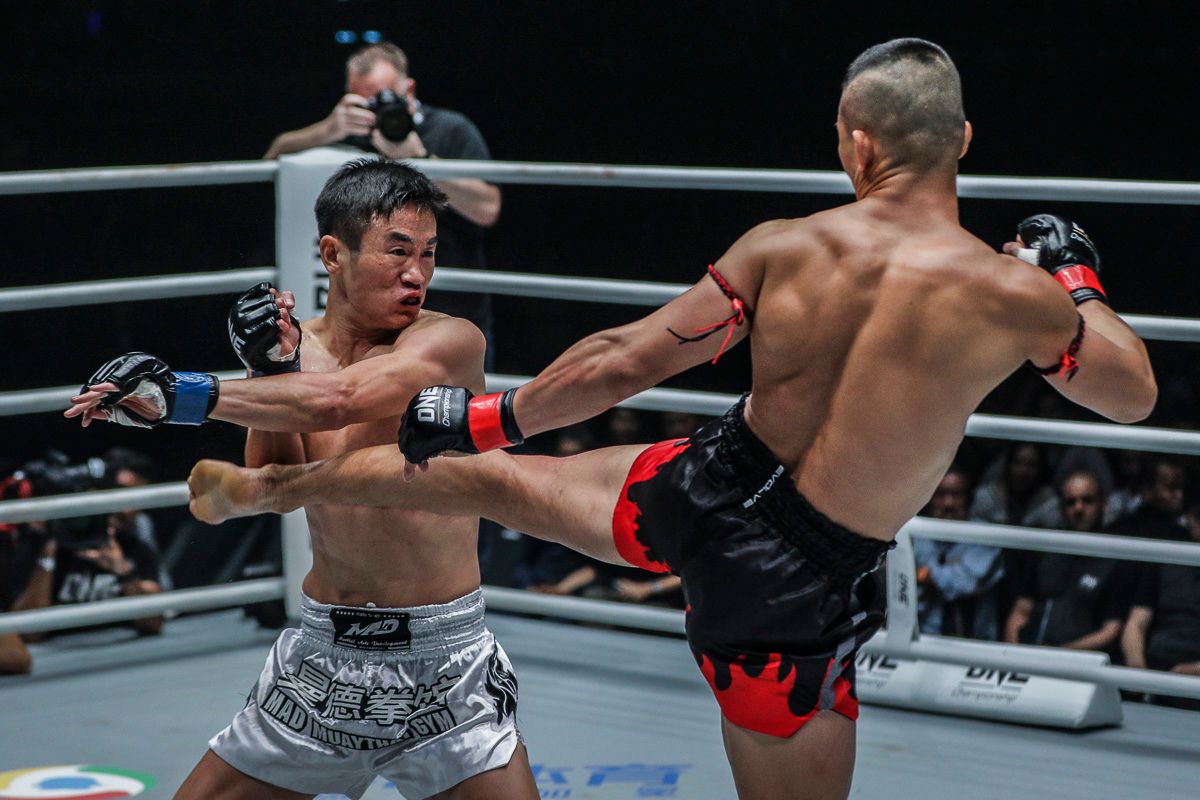 “I felt very proud to have my hand raised as the first ever ONE Bantamweight Muay Thai World Champion,” the 32-year-old reveals.

“All my World Titles are special to me, but the ONE World Title is special as it is on the global stage of martial arts where I get to represent my country in front of the world.

“To win the World Title in front of the Thai fans was amazing – something I’ll always remember.”

After more than two decades and 300 professional matches, Nong-O is still at the top of his game, and remarkably, he has lost none of the competitive fire that has fueled his pursuit of greatness.

However, the farmer’s son from Sakon Nakhon in Northeastern Thailand insists there is nothing remarkable about him – he simply puts in the work every day in the gym.

His dedication to Muay Thai and love for his home nation inspire him to strive toward more great things, and he plans to do everything he can to represent them at the top of the world’s largest martial arts organization. 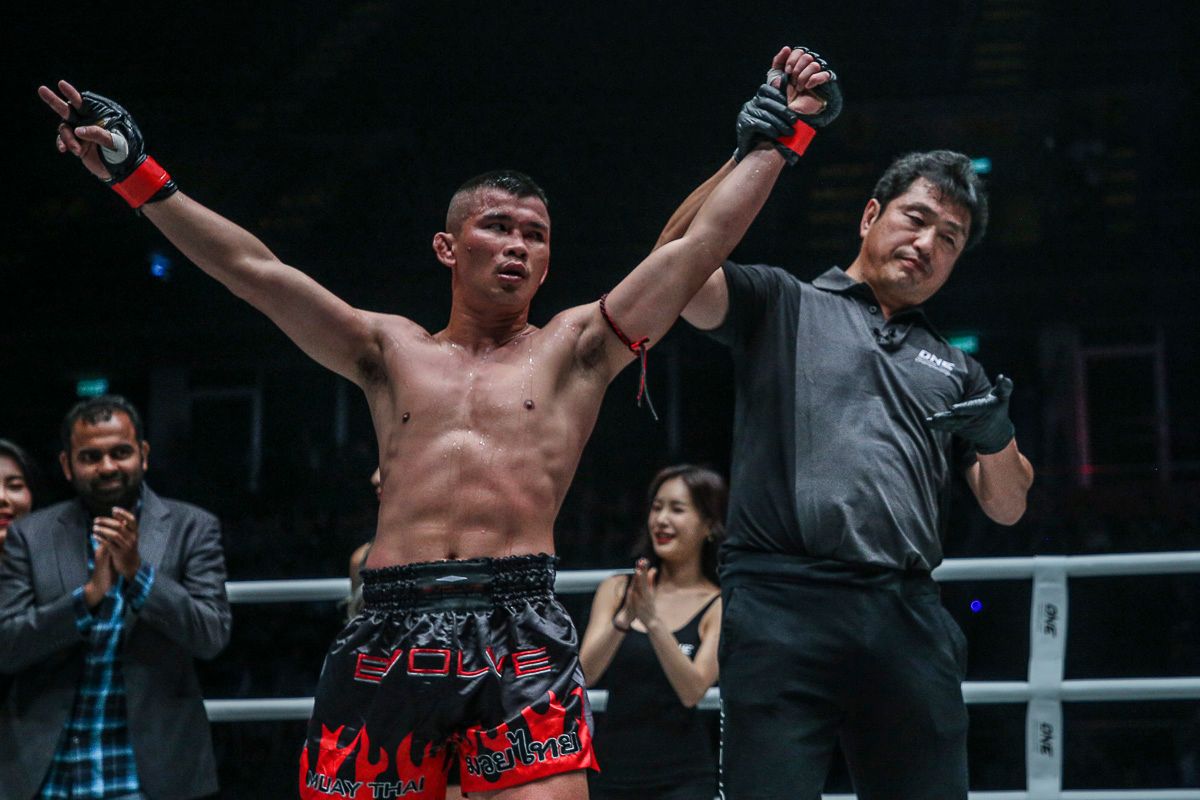 “I just do my best to train hard, fight well, and put on a good show to make all my family, friends and fans proud,” he explains.

“I am motivated to continue to represent Thailand on the global stage and show the world the beautiful art of Muay Thai.

“My goal is to defend my belt for a long time and make my country proud.”