Taiki “Silent Sniper” Naito may be a top-ranked kickboxing contender, but his next matchup will come in “the art of eight limbs” against one of the most colorful athletes in the sport.

On Friday, 24 September, the Japanese striker will face off against “The Baby Shark” Petchdam Petchyindee Academy in a flyweight Muay Thai clash at ONE: REVOLUTION, which broadcasts live from the Singapore Indoor Stadium. Naito has always respected Petchdam, a well-accomplished Muay Thai practitioner who utilized his skills to capture the inaugural ONE Flyweight Kickboxing World Title back in May 2019.

But the 25-year-old Aichi native also knows he’ll need to be careful at ONE: REVOLUTION because “The Baby Shark” is more motivated than ever to leave the Circle with a victory.

After all, the former titleholder is coming off a tough loss in his latest World Title challenge and is looking to gain some redemption for teammate “The Baby Face Killer” Savvas Michael, whom Naito defeated in February 2020.

In this exclusive interview with onefc.com, “Silent Sniper” breaks down Petchdam, reveals who he hopes to fight next, picks the man he’s rooting for in the upcoming ONE Featherweight Kickboxing World Grand Prix, and more.

ONE Championship: This will be your first Muay Thai fight since falling to Jonathan Haggerty last December. What do you feel went wrong in that match?

Taiki Naito: What I think I did wrong was that Haggerty read my game plan, and I was too late in dealing with him and could not switch my strategy immediately.

I felt the difference in power between the Japanese and foreign fighters, so I think that was a good learning experience that I can apply in the future. 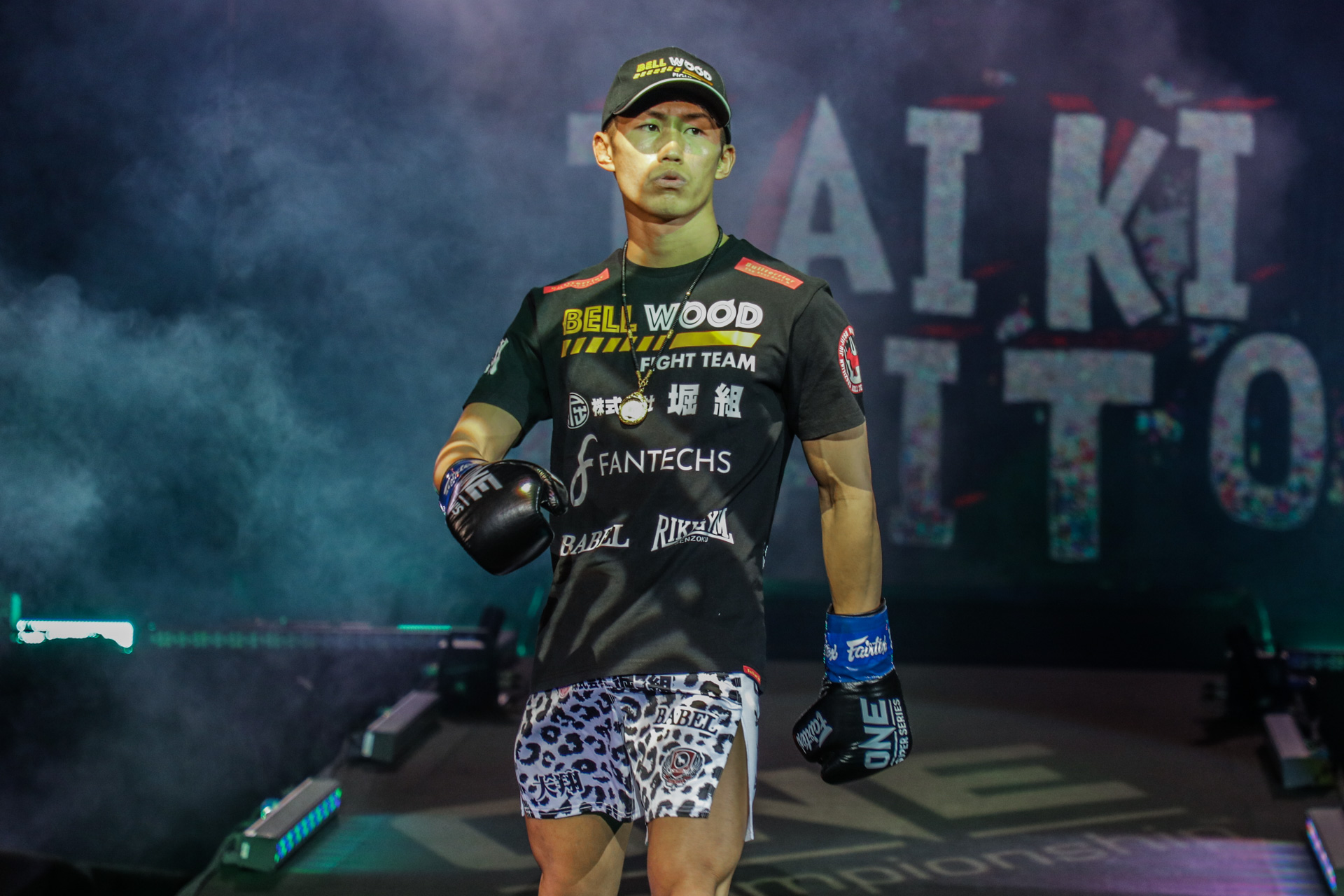 ONE: Since then, you fought Wang Wenfeng, a former ONE Flyweight Kickboxing World Title challenger, and you beat him by unanimous decision. How important was it to bounce back from a loss in Muay Thai to get that kickboxing win?

TN: I had seen him challenge [ONE Flyweight Kickboxing World Champion] Ilias Ennahachi, and he had a good match with him. So when our match was arranged, I thought if I could show the difference and win this match, I would be closer to the title. In that sense, I was very particular about [the strategy] of the fight, and I knew that I had to win no matter what.

ONE: You’re switching back to Muay Thai for your upcoming fight against Petchdam at ONE: REVOLUTION. Are you glad to be fighting him under Muay Thai rules, or would you rather face him under kickboxing rules?

TN: I think I’m more comfortable with kickboxing rules, but he’s a Muay Thai fighter and, naturally, he’s better with elbows, so I want to win with the rules that he’s good at. I think it’s good for me to fight under Muay Thai rules this time.

ONE: Outside of the Circle, Petchdam does funny things – like dance and play pranks on people. Have you watched his clips on Instagram? If so, what do you think of his antics?

TN: I don’t follow Petchdam’s social media [accounts], but I do check him out on ONE’s official  Instagram. I think I mostly watch him because he’s funny. He seems to have a personality that I can get along with.

I don’t dance, but I usually joke around a lot, so I think we can get along as long as we can understand [each other’s] language properly. As long as we’re not in the ring fighting, I think we can get along well. But I think he is a professional. Even when he’s not fighting, he entertains the audience, and even before he enters the ring, he’s exciting, so I think he’s a professional.

ONE: What are your thoughts about Petchdam’s fighting style? What are his strengths and weaknesses?

TN: I have a strong impression about Petchdam’s left kick – and I think everyone knows it – but everyone gets [hit by] it, so I think it is special.  I think it’s a real weapon for Petchdam.

I also think he has strong technique, but more than anything, he has strong feelings. I saw his title match against [ONE Flyweight Muay Thai World Champion] Rodtang [from July 2020] the other day. He didn’t back down, he struck back, and I felt his passion, so I think he’s a really good fighter.

ONE: What do you think are your advantages in this upcoming fight?

TN: If I were to do Muay Thai completely, Petchdam would have the advantage because he has more experience. I come from a karate background, so I think I have a lot of variations of different techniques that are not used in Muay Thai. I want to compete by using techniques that Muay Thai doesn’t have.

I think he’ll definitely be wary of my low kicks, and I’m 100 percent sure I’ll use low kicks in my fight. I think my low kicks were pretty effective against Petchdam’s teammate Savvas Michael [when we fought], so I think he will be wary of that. 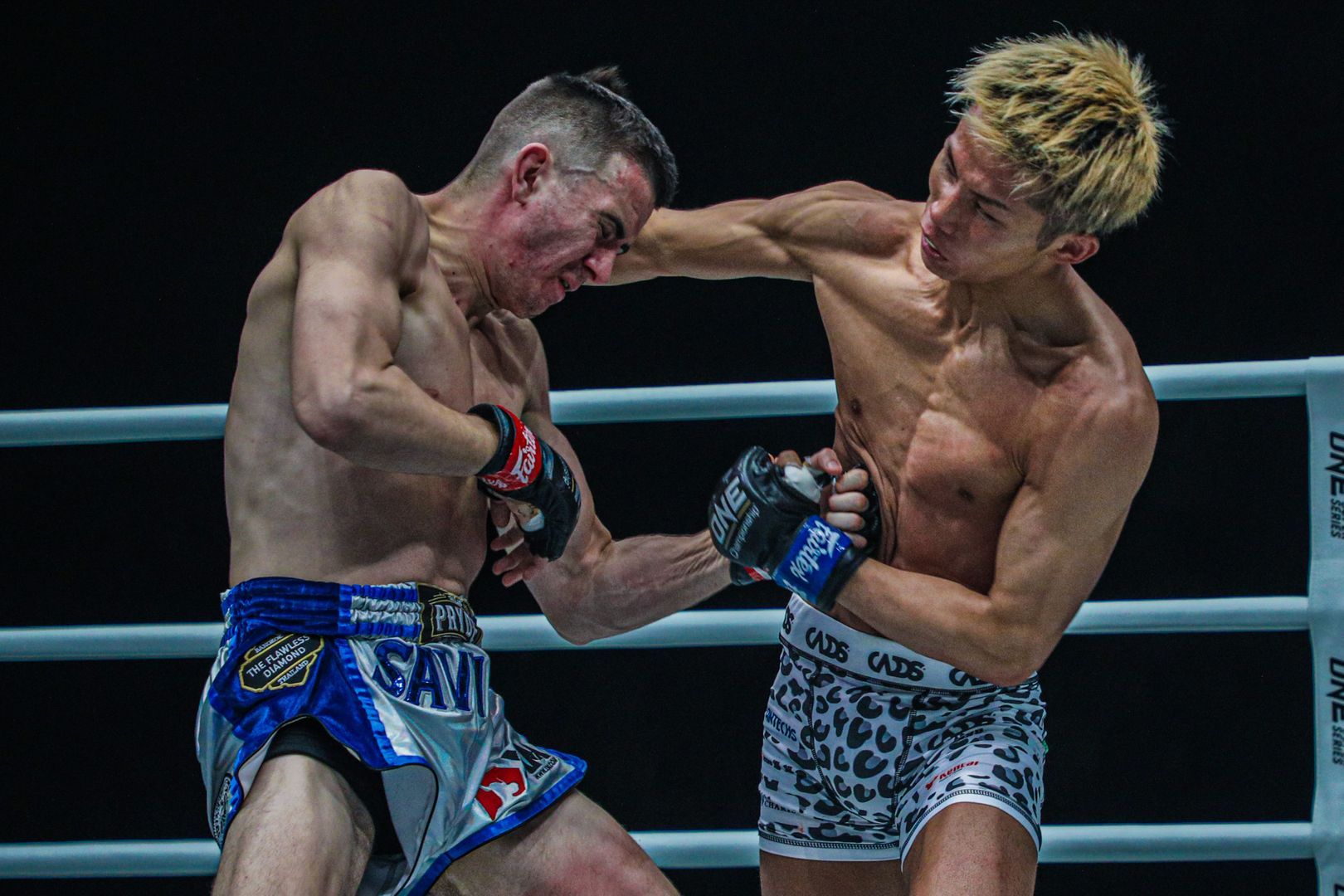 ONE: What do you think will be your key to victory?

TN: We’re both the type of fighters who like to keep our distance, and I think it’s a matter of which one of us can control our patience. He wants to use his left kick, and I want to do low kicks. We both know that, but it’s impossible not to get hit, so the key is how patient I can be and stick to my plan. So I guess I’ll have to be patient.

ONE: In a perfect world, how would this fight end?

TN: The perfect scenario would be to knock him out, but Petchdam is a good kicker and I am a fighter with a good kick, too. If I can kick and win against a Muay Thai fighter by decision or whatever, I think I can prove the strength of the Japanese. I think that would be a perfect scenario.

ONE: We know you’re concentrating on Petchdam, but if we looked a little further into the future, who would be your perfect next opponent?

TN: I think I am realistically ranked in kickboxing, so I want to fight the champion, Ennahachi. The reason is that I am not ranked in Muay Thai, so if I can fight for the kickboxing title as a ranked kickboxing [contender], then I would like to fight for that first.

ONE: The ONE Featherweight Kickboxing World Grand Prix begins in October. What are your thoughts on it?

TN: Oh man, ONE has gotten serious about getting all the featherweights together. As for the featherweight division, it seems like there’s nowhere else but ONE, so from a fan’s perspective, I think this is a really exciting card.

ONE: Is there any fighter in the Grand Prix that you have your eye on?

TN: I know almost all of them and I’ve fought against them in Japan. Sitthichai [Sitsongpeenong] is a good fighter and I think he’s the favorite to win, but I personally want Andy Souwer to do well. I’m cheering for him.

I had fought in Shoot Boxing before I came to ONE, and he had fought there a few times too. When I fought in the same organization in Japan, he called me out, and when I fought against Jonathan Haggerty, he was there, noticed me, and invited me to train in Holland. I’ve been watching the strong Andy Souwer for a long time, and I want him to do well.