Miao Li Tao has not competed in ONE Championship for nearly two years, but when he made his return on Friday, 17 May, he did not disappoint.

The Chinese athlete shocked the capacity crowd inside the Singapore Indoor Stadium by knocking out Muay Thai legend and former ONE Strawweight World Champion Dejdamrong Sor Amnuaysirichoke in the opening main card bout of ONE: ENTER THE DRAGON.

Eager to show that he belongs with the top competitors of the strawweight division, Miao came out firing and scored a quick takedown nearly 20 seconds into the contest.

The 26-year-old Beijing resident rained down punches from the guard before advancing to side control, where he peppered the Thai with even more punches.

That forced Dejdamrong to turn over and give up his back. 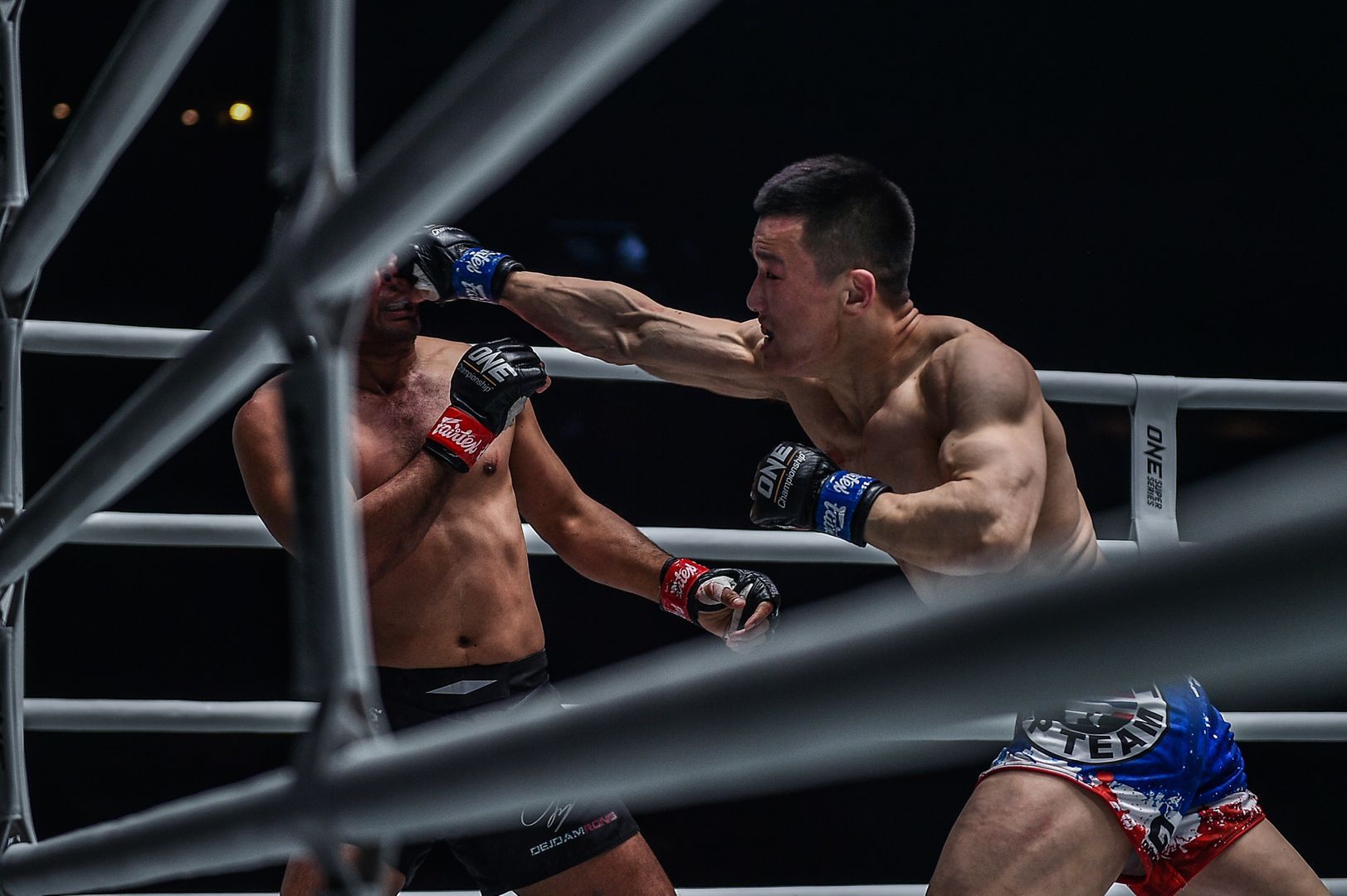 Although he was in a difficult predicament, the 40-year-old legend managed to break free from the submission and brought the battle back to the feet.

However, that only set up the red carpet for Miao’s grand finale.

Showing great composure against the Muay Thai specialist, Miao connected with a short right, and then knocked out Dejdamrong with a quick left hook.

The referee officially waved off the contest at the 4:09 mark of the first round. It was a fitting return for Miao, who defeated Cambodia’s Sim Bunsrun in his last promotional appearance at ONE: IMMORTAL PURSUIT in November 2017.

By stopping the Thai legend, the Chinese warrior improved his record to 11-3 and put himself in prime position on the strawweight ladder.