Four all-Indonesian bouts are set to ignite the local fans in Jakarta at ONE: DAWN OF VALOR, but none more than Stefer “The Lion” Rahardian vs. Adrian “Papua Badboy” Mattheis.

These competitors are two of their nation’s most talented and exciting mixed martial artists, with 12 finishes from 16 wins between them on the global stage.

Another victory for either man this Friday, 25 October, will open the door for them to carry the torch for their homeland as they move on to the biggest and most high-profile bouts of their career, and that fact is not lost on either of them.

“I am really excited to see this bout, more than what I have felt before,” says Mattheis. “I have prepared well to face Stefer, and have done all I had to do in the gym.

“I have no problem in competing with another Indonesian athlete, but this is not about me. It is about my gym and all the opportunities that lie ahead of us. If I can take Stefer out and continue my winning streak, I will acquire more opportunities in life and my career as a mixed martial artist.”

A victory for the 26-year-old would be his fifth in a row, and cement his hold on the record for the most wins in his division’s history.

It would also propel him toward a spot on the main card the next time he competes – which has long been his ambition – for a match that could bring him closer to the World Title.

However, the result may mean even more to his rival, who is desperate to recapture the form that saw him win nine bouts in a row to become the face of his sport in Indonesia.

“It is an honor for me to be able to perform in front of my home audience,” Rahardian says.

“I need this victory. I really need it. There is nothing that has stopped me in training for this bout, as I am totally focused and prepared to face [Mattheis].”

The 32-year-old’s diligent preparation at Bali MMA has boosted his confidence, and so did his performance in his last match, when he held his own on the ground for long periods against a Brazilian Jiu-Jitsu black belt –  former ONE Strawweight World Champion Alex “Little Rock” Silva.

Mattheis knows how skilled “The Lion” is on the mat, so he plans to stay out of trouble and put his heavy hands to work.

“I do believe that Stefer will be so much better in this bout,” the Tigershark Fighting Academy representative says. “He has this thirst for victory and that will make him a more dangerous competitor.

“He will do what he’s best at, and will try to take me down to the canvas. This is also why I have focused more on my wrestling. If he wants me to go on the ground, we will bring him back into the stand-up.” 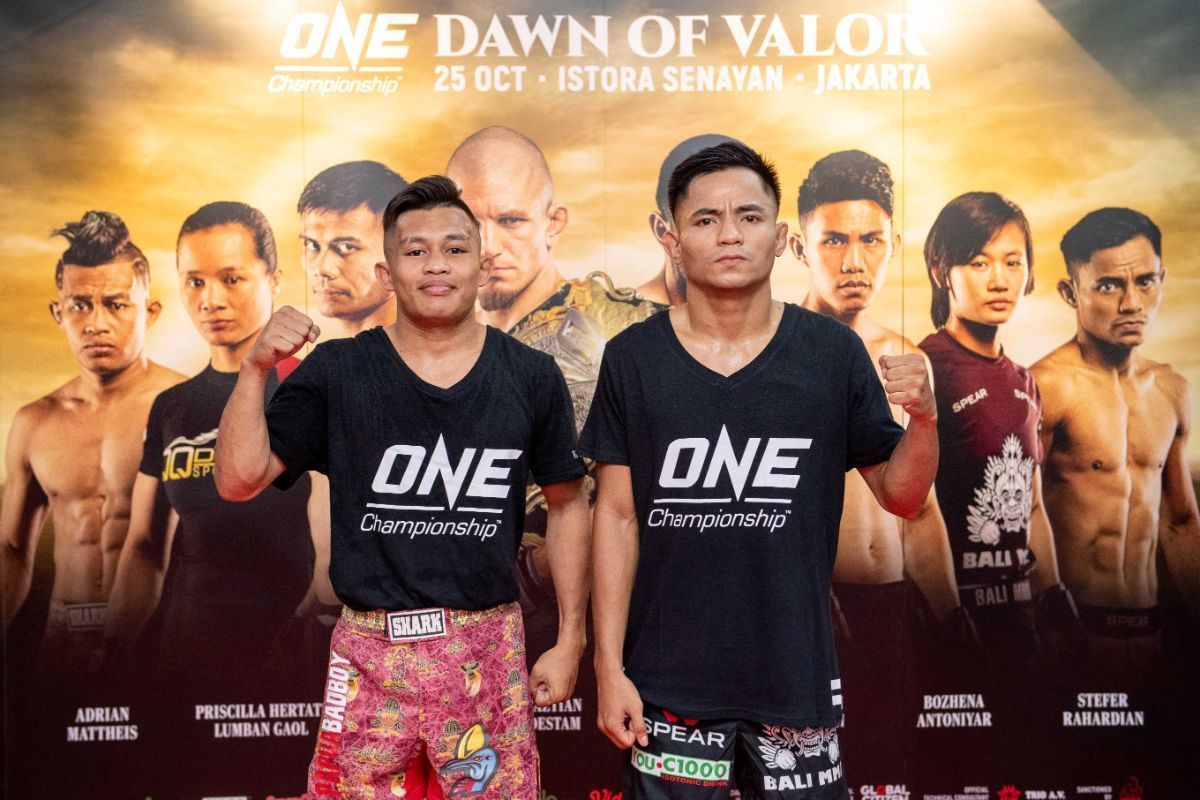 Though Mattheis would prefer to stand and trade, his grappling is no longer the weakness that it once was – especially his offense.

The ONE Strawweight Indonesia Tournament Champion now has as many wins by submission as he does by knockout, and his last TKO came when he took a dominant position and unleashed his ground and pound.

With that said, Rahardian is confident that he has a strategy that can exploit a hole in his compatriot’s skill set, and set up a finish.

“He is a very good athlete, strong and technical. However, I am here to gain victory and return to the winner’s circle,” he adds. “I have a team that can support me in this match and gives the best advice and game plans.

“Honestly, I did not see any weakness in my opponent, but I did see a gap. However, I will not reveal that. I will face him, and work on it in the bout.”