Mark “Tyson” Fairtex Abelardo claimed victory in his ONE Championship debut, however, it was anything but straightforward for the ONE Warrior Series contract winner.

The 27-year-old Kiwi was forced to fend off the relentless submission attack of the previously-undefeated Daichi Takenaka in their bantamweight contest at ONE: CLASH OF LEGENDS, which emanated from Bangkok, Thailand on Saturday, 16 February.

After showing his toughness on the ground, Abelardo connected with one key strike that turned the match on its head and eventually saw him crowned the victor.

Mark Fairtex Abelardo's pinpoint striking earns him a TKO victory over Daichi Takenaka at 2:34 of Round 3!

Mark Fairtex Abelardo's pinpoint striking earns him a TKO victory over Daichi Takenaka at 2:34 of Round 3!Watch the full event on the ONE Super App ???? http://bit.ly/ONESuperApp | TV: Check local listings for global broadcast

Takenaka, a Shooto Featherweight Champion, took Abelardo to the mat in the corner and looked to work his way towards a submission position.

The 29-year-old Japanese star had already finished four of his recent opponents via rear-naked choke, and he pursued that same technique throughout the contest against his gritty adversary.

After progressing to mount and then moving to take the Kiwi’s back in the first round, Takenaka opened the door for his rival, who expertly escaped.

Undeterred, Takenaka brought Abelardo to the mat once again, took his back, and locked up a body triangle in the process.

Once again, however, “Tyson” stayed calm under duress to fend off the Osaka native’s hands and defend himself from a succession of rear-naked choke attempts. 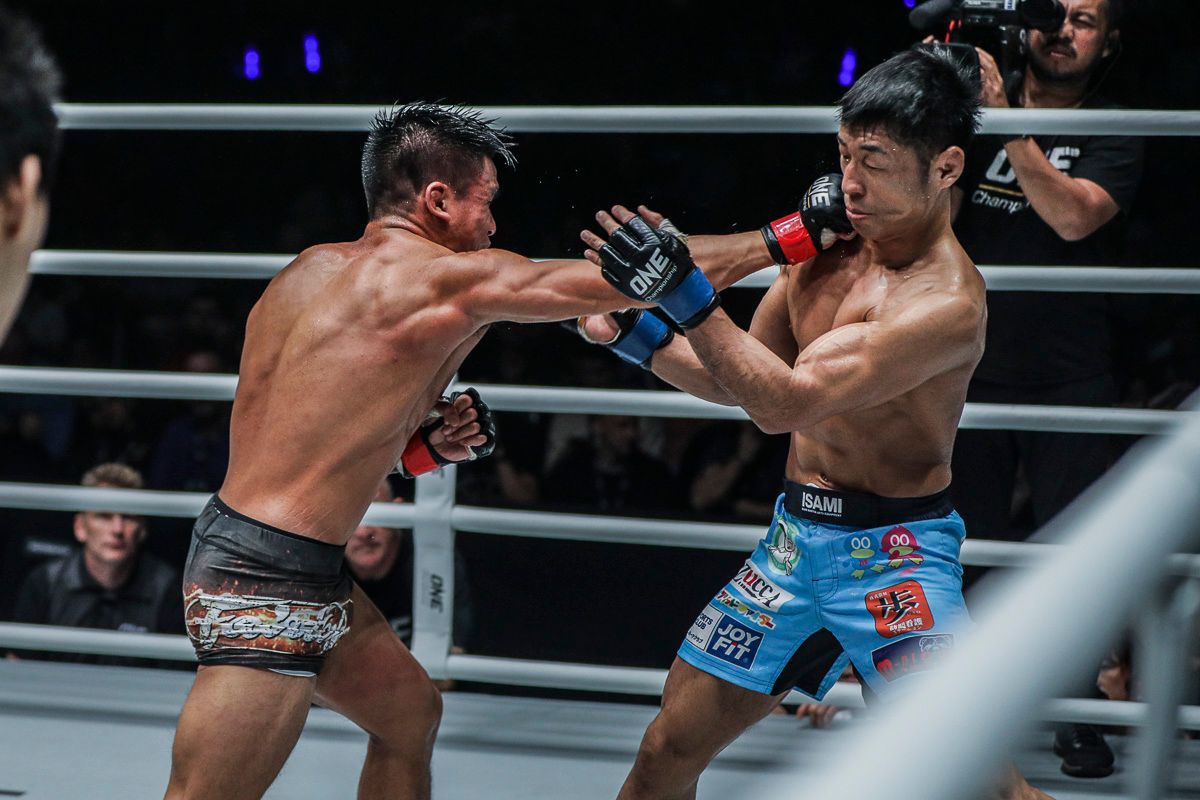 Abelardo came out in the second round determined to keep the action in the stand-up realm as he stalked Takenaka in the opening exchanges.

Once the Shooto Featherweight Champion got hold of Abelardo, however, the battle went down to the canvas again as he scooped up the New Zealander and slammed him to the mat.

In a repeat of the opening round, the Osaka resident took Abelardo’s back and pursued the rear-naked choke. But again, the ONE Warrior Series alum did well to resist the attempts.

The contest appeared to be heading the Japanese athlete’s way, but the third round saw the match transformed when, during an exchange in the corner, “Tyson” connected with a straight shot. Moments later, it was followed by a right elbow, which caused damage. 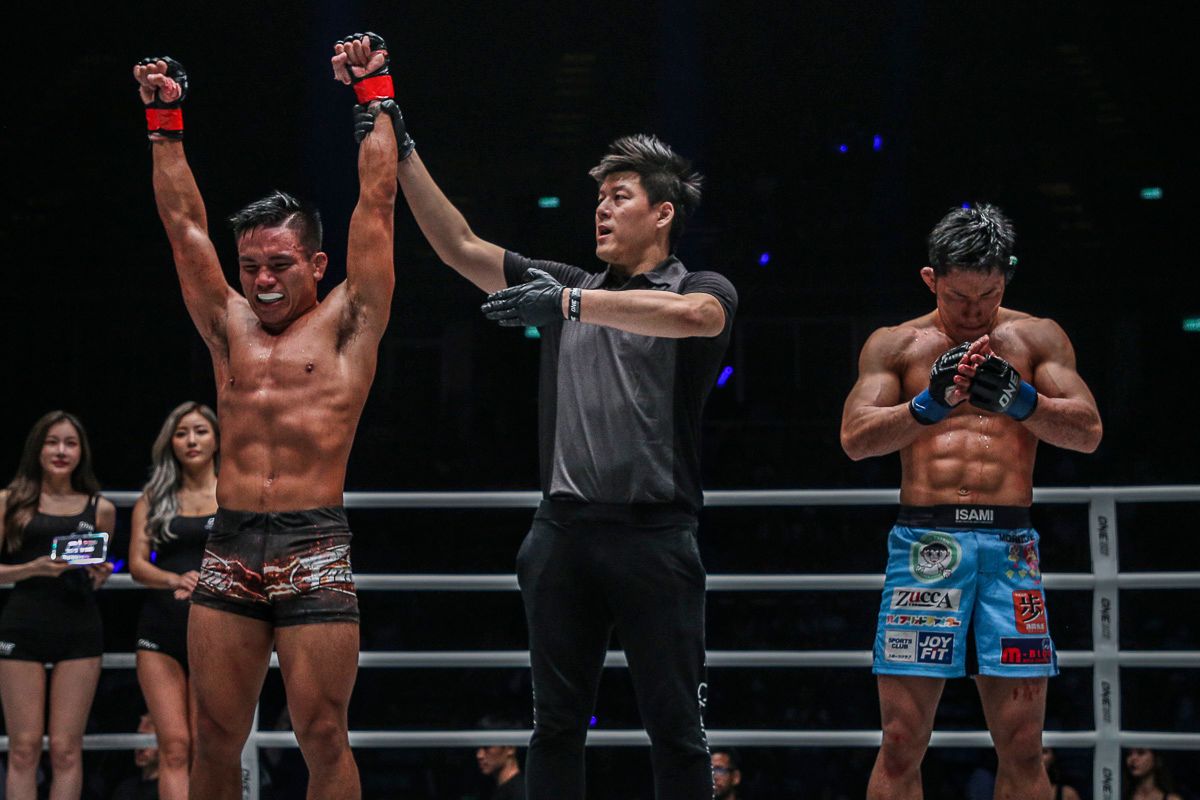 The two strikes left Takenaka with a cut on his mouth that, later in the round, forced a halt to the proceedings as referee Kemp Cheng asked the ringside doctor to examine the wound.

After a close examination, the doctor did not allow the Japanese star to continue and the bout was waved off via doctor’s stoppage at 2:34 of round three.

It gave Abelardo an unlikely victory to extend his career record to 18-5, as well as his first win in The Home Of Martial Arts.

After an impressive display for much of the contest, it is certain Takenaka will come back stronger in his next outing, while the Fairtex representative looks to build on his momentum in the world’s largest martial arts organization.