A fighter is perhaps at his or her most dangerous when their back is against the wall. Fighting with little to lose and everything to gain, they can throw caution to the wind and leave everything in the cage.

That is the position Indonesian featherweight prospect Mario Satya Wirawan finds himself in. Wirawan is heading into an upcoming showdown with Xie Bin at ONE: AGE OF DOMINATION, which broadcasts live on Friday Night, 2 December, from the Mall Of Asia Arena in Manila, Philippines.

After dropping his last two contests, Wirawan is on the warpath and promises fireworks. The 27-year-old says fans can expect “a comeback, a win, and an outstanding performance.”

Wirawan’s love for competition runs deep. The Jakarta, Indonesia, native was a normal kid growing up, one who stayed out of trouble and never got into a fight. In fact, he was perfectly preoccupied with football, spending hours after school playing.

However, that alone was not enough to quench his thirst for competition. Despite taking part in other sports including basketball and running, he wanted more. Mario Satya Wirawan connects with a hard leg kick on Yohan Mulia Legowo at ONE: TRIBE OF WARRIORS in Jakarta. Global MMA News

While MMA has grown in worldwide popularity, it is still a relatively young sport in Indonesia. The striking specialist got involved while the sport was in its infancy at home.

“MMA has just started in Indonesia,” he explains. “Back in 2011, we only had one or two events per year. Today, the scene getting bigger and we can find events every month.”

That year, 2011, also happened to be when Wirawan made his debut. He competed at Malaysian Fighting Championship’s Mayhem 2, a historic night in his life where he learned more than he would ever imagine. The Jakarta resident won his first fight ever, earning a decision victory over Ahmad Zakariya.

Unfortunately, he would taste defeat at the same event via a first-round TKO. The experience taught Wirawan a valuable lesson he carries with him today.

Wirawan regrouped after that first defeat, and spent the next year and a half honing his craft. The Bali MMA product returned to combat in January 2013 and finished his next three opponents in convincing fashion.

In 2015, ONE came calling and the Indonesian was there to answer. He made his debut ONE: ODYSSEY OF CHAMPIONS that September and achieved a major personal milestone.

“It was a dream come true,” he says. “I always wanted to fight in big event. I was nervous.” 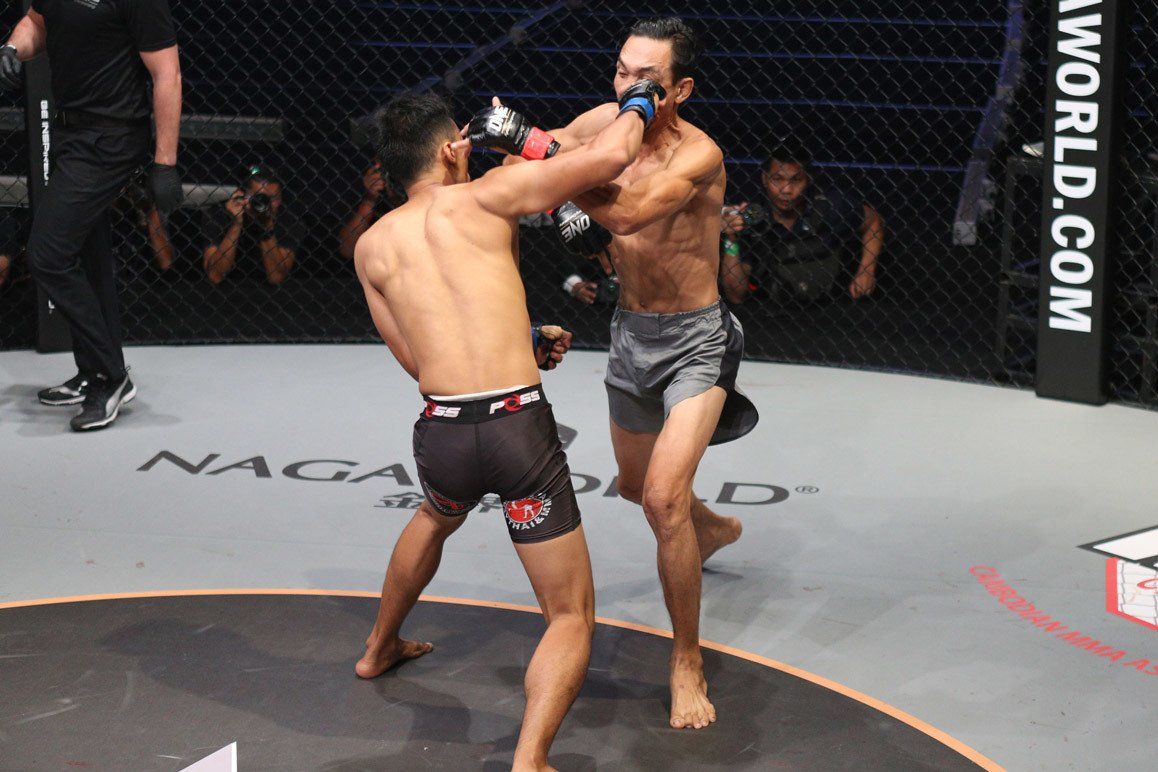 The nerves may have gotten the best of him, as he dropped a hard fought decision to Sunoto. Wirawan bounced back in a major way three months later at ONE: KINGDOM OF KHMER, finishing Chan Heng in six seconds with a stunning knockout. It is tied as the fastest knockout in company history.

Although he stumbled with a pair of losses earlier this year, Wirawan is looking to end 2016 on a high note as he prepares to take on Xie Bin, a Chinese prospect with a wrestling and jiujitsu background.

“He has got long reach and decent striking,” Wirawan acknowledges. “He is tall, but there are holes in his game that I will work on.”

When the Jakarta dynamo stares across the cage at the 18-year-old Tianjin Top Team representative, he will not feel any more pressure than usual to walk away with a win.

For Wirawan, there may be no greater pressure than the ultimate goal he has set for himself. He wants to be a hero in Indonesia. He wants to be an icon. As he says, “I want to the best fighter that my country has.”

At ONE: AGE OF DOMINATION, he has the opportunity to take another step towards that distinction.