Gurdarshan “Saint Lion” Mangat is excited for his return to the Circle, but he never expected to stand across from someone he took under his wing.

The Canadian-Indian will face his young friend and fellow Indian Roshan Mainam in a 65-kilogram catchweight mixed martial arts bout at ONE: DANGAL, which airs worldwide from the Singapore Indoor Stadium on Saturday, 15 May.

The 34-year-old first met the 25-year-old Mainam back in his ancestral homeland, where he mentored the young wrestler and offered advice for the transition to the all-encompassing sport.

“I’ve known Roshan for quite some time. We trained together in India,” Mangat says.

“He is one of the kids I speak to quite a bit. I told him that he has a bright future in the game. I told him to join Evolve MMA. I told him, ‘Do what you are doing, keep working hard.’ It is crazy that our paths aligned this way, but here we are.”

Given their personal history, Mangat has a strong understanding of his compatriot’s impressive skill set.

Mainam is an Indian Wrestling Champion who’s brilliantly applied his grappling prowess to mixed martial arts. And after moving to Singapore to join the famed Evolve mega gym in November 2018, he’s constructed a bona fide striking arsenal and added an even wider repertoire of submissions.

The rising star has showcased that all-around game on the global stage, earning three consecutive submission finishes and going unbeaten during his ONE Championship tenure.

“Saint Lion” has paid close attention to his buddy’s success and is certainly proud of his development, but he still doesn’t think the two of them are operating at the same level just yet.

“I think he has good wrestling, but I am still better,” Mangat says. “I am much more well-versed. It is a good opportunity for him. The pressure’s on me, but I will be ready for everything.”

“Saint Lion” is determined to put forth a strong showing at ONE: DANGAL – especially considering how his last match played out.

The Canadian-Indian, who owns a 15-3 professional record with a 66 percent finishing rate, enjoyed a terrific start to life on the global stage, as he knocked out former ONE World Title challenger Toni “Dynamite” Tauru and then decimated Abro “The Black Komodo” Fernandes en route to a unanimous decision victory.

However, he then fell to #5-ranked flyweight contender Reece “Lightning” McLaren, who submitted him with an early rear-naked choke.

Mangat was disappointed with the outcome of that fight, but he learned from the experience and is taking those lessons with him.

“I put too much pressure on myself, I burnt myself out in camp, and, mentally, I checked out when I needed to be checked in,” he admits. “My work ethic is still the same and I still keep the same formula.” 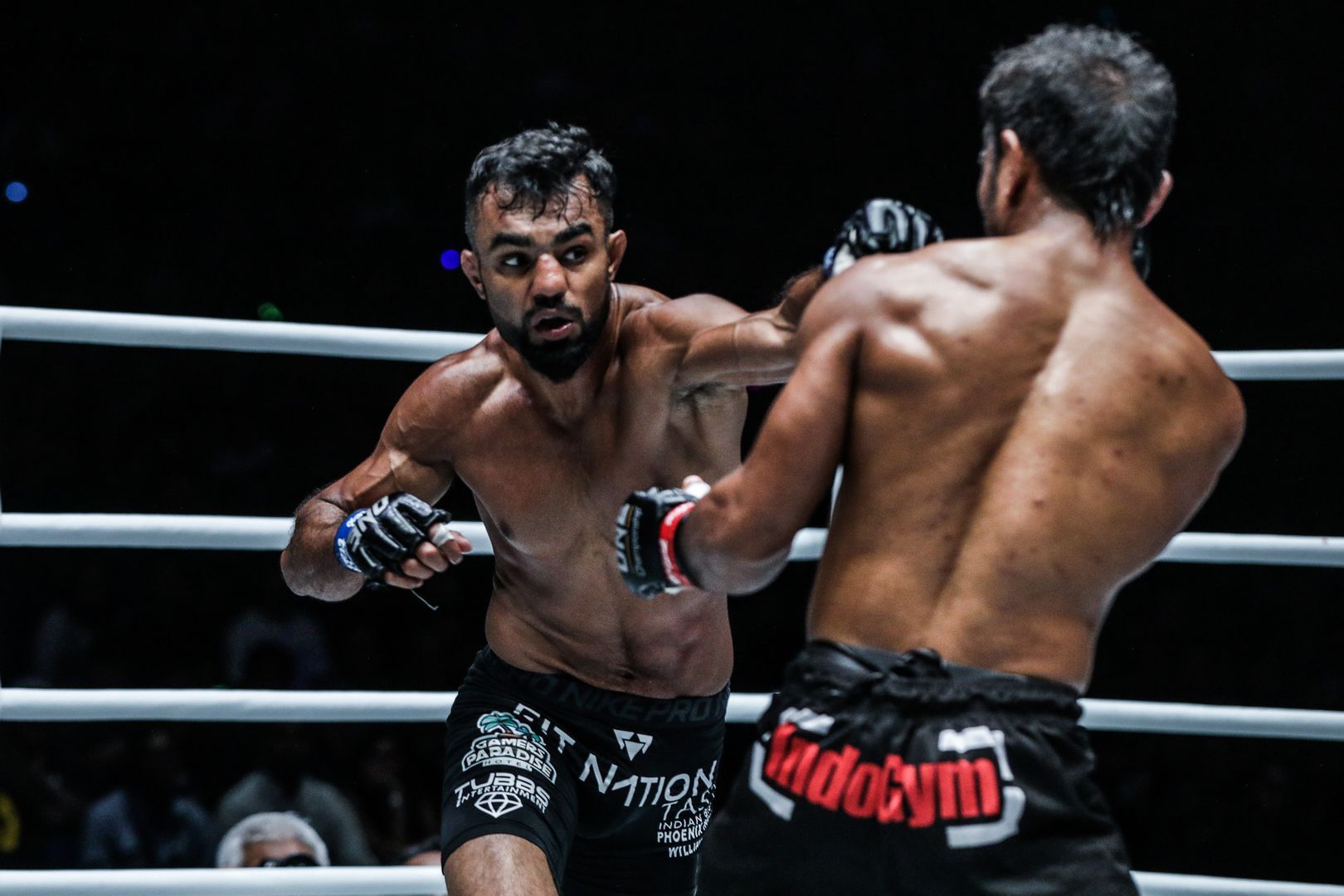 Mangat now believes he has a better grip on how to handle the pressure, and he plans to prove it on 15 May.

In the meantime, he’s been polishing his skills at American super gyms Xtreme Couture and 10th Planet Las Vegas alongside some of the top athletes in the sport.

Based on that world-class fight camp, his veteran experience, and his all-around skill set, “Saint Lion” believes this catchweight encounter will serve as a wake-up call for Mainam.

“I think he is going to realize the difference between the top and him working towards it,” Mangat says.

“He has a bright future ahead of him, but this fight might be a bad matchup for him at this point in his career. He took it, he wanted this opportunity, and I am here in Singapore.”

Mangat hopes a victory will put him back on track for a shot at the ONE Flyweight World Title, but he also wants to make the fans in his ancestral homeland proud.

The world – and especially India of late – has been heavily impacted by COVID-19, and that isn’t lost on “Saint Lion.” It’s another reason why he’s driven to produce a highlight-reel performance at ONE: DANGAL.

“It’s been hard times, but I want to give my people something to celebrate,” Mangat says.

“I want to show them that their spirit inspires me and motivates me. I created a very comfortable life for myself and didn’t need to fight again, but my passion to represent [India] brought my fire back for my people.”