Luis “Sapo” Santos believes he is just one bout away from a ONE Welterweight World Title shot.

The Brazilian was back to his best in his last match, and he has kept his foot on the gas in training to maintain his form so he can book a ticket to a rematch with Zebaztian “The Bandit” Kadestam with a win at ONE: ROOTS OF HONOR.

On Friday, 12 April, the 39-year old will face undefeated American James Nakashima in one of the most fascinating bouts inside the Mall Of Asia Arena in Manila, Philippines. 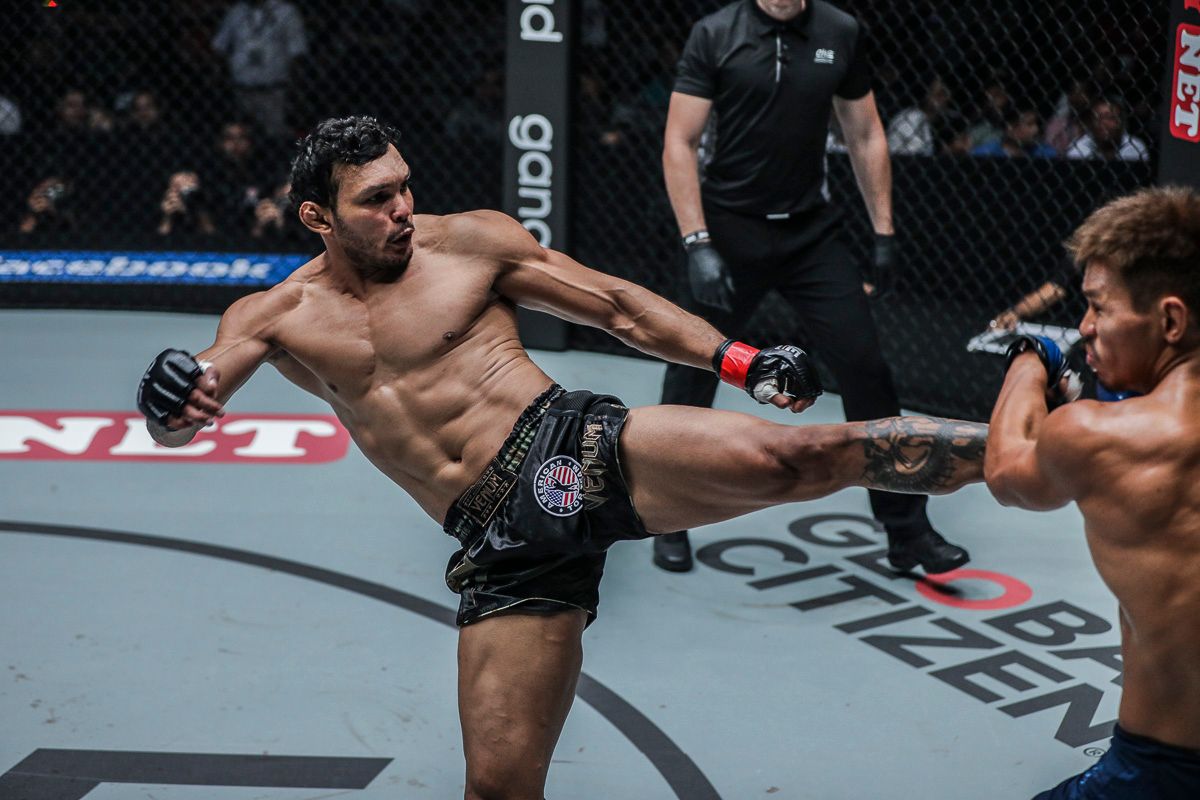 Santos is coming off a sensational first-round knockout against Daichi Abe in October, which reminded the world he is one of the most dangerous men in the welterweight division.

The contest was over after just 33 seconds courtesy of a devastating kick to the body, and just like that, “Sapo” was back among the contenders for his division’s top prize.

“The 33-second knockout was the result of a lot of work,” Santos says.

“I know that I can be the World Champion. I’m definitely going to be even more prepared for this next fight.”

The American Top Team representative’s confidence is not bravado. He has faced the weight class’ leading athlete before, and put on a performance that looked destined to give him the win.

Santos welcomed Kadestam to The Home Of Martial Arts in May 2017 and dominated him for much of their encounter, until one lapse consigned him to a stunning, come-from-behind, upset defeat via third-round knockout.

He is adamant that will never happen again. “Not taking anything away from [Kadestam], but the last fight was just a little mistake,” Santos says.

“I know I was winning all the rounds, but things happen. It won’t happen again.”

Before he can face the Swedish star again, Santos will have to hand James Nakashima the first loss of his professional mixed martial arts career.

In November, the American made a successful debut in ONE Championship with a dominant unanimous decision win over Raimond Magomedaliev.

Now the owner of a perfect 10-0 record, Nakashima also has the résumé to earn a World Title shot of his own with a victory over his veteran rival in Manila, but Santos has no plans to allow that to happen.

“I have all the respect for Nakashima, but he’s the guy that I have to fight to accomplish what I want – to become the World Champion in ONE Championship. I don’t think he’s going to stop me,” Santos says. 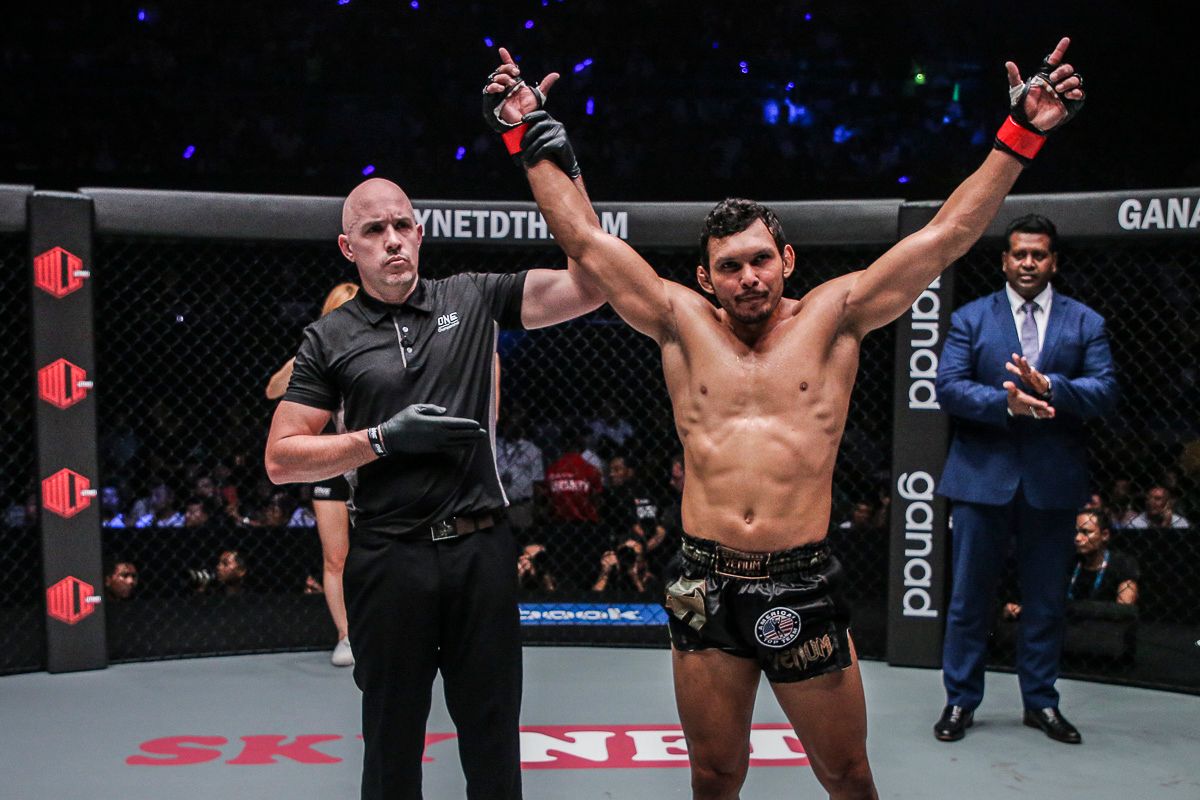 Santos knows that Nakashima is a strong wrestler with a suffocating ground game that has helped him overwhelm most of his opponents.

However, “Sapo” believes he has more than enough in his arsenal to counter Nakashima and cause him trouble in all areas of mixed martial arts.

“Being good in one thing is not really want makes you win,” Santos explains.

“I’ve been around, and I’ve got the experience. I believe I’m going to be able to answer whatever he is going to do in the fight. I believe that it’s all about mixed martial arts. It’s not about one style dominating the fight.

“I think I’m going to have all the answers when the fight happens. I’m prepared to win wherever the fight goes.”

Santos is reluctant to look past Nakashima, but he concludes with a passionate analysis of what a win on 12 April could do for him.

After a 78-bout professional career, he believes no ONE Championship welterweight can match him on his best day, and he is determined to prove it. 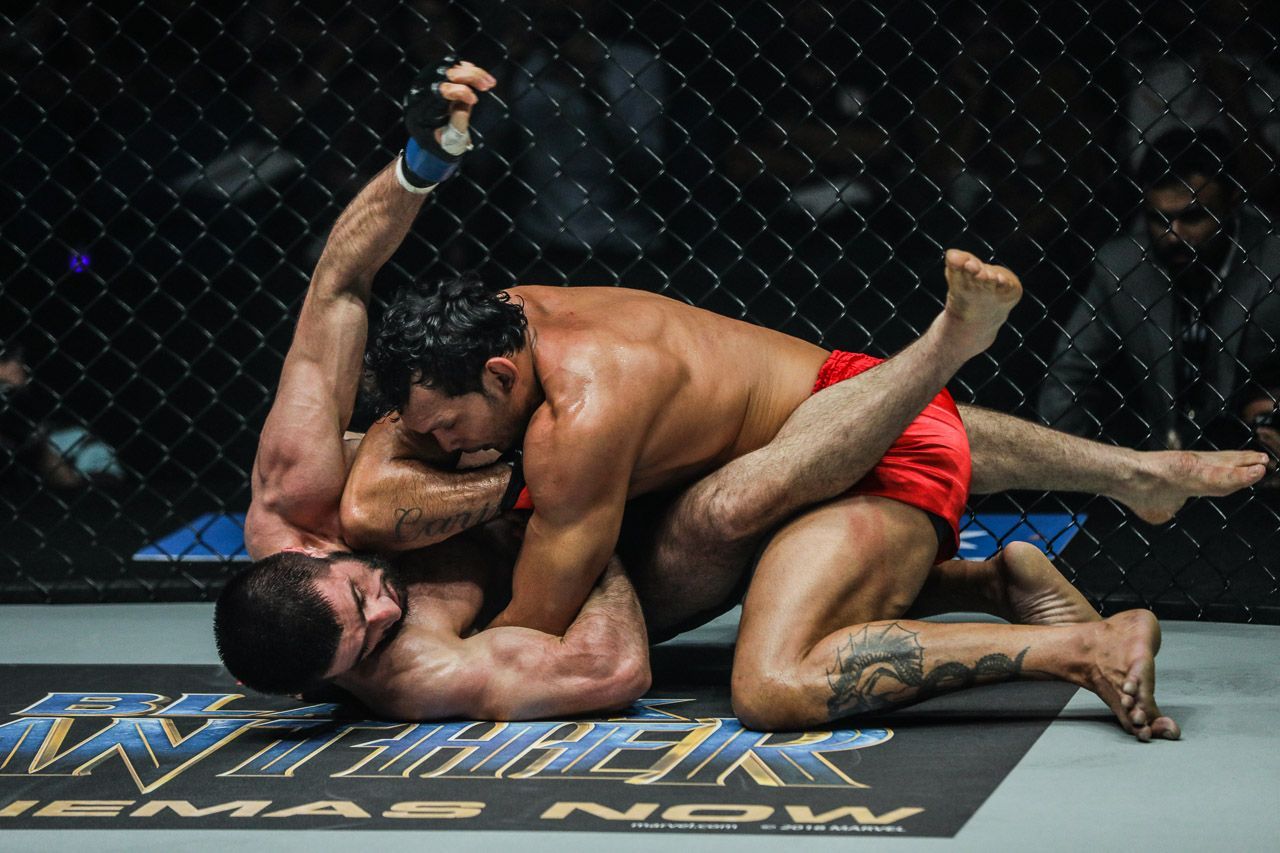 “I know I’m going to win. With all the respect – and I respect all my opponents – but the only thing that [Nakashima] is bringing to me is my passport for the belt,” he explains.

“He’s the key that is going to open the door for my belt.

“You’re already speaking to the World Champion right now. I just have to get my belt.”