Lito “Thunder Kid” Adiwang kick-started his ONE Championship career at ONE: CENTURY PART I by continuing his exceptional form from Rich Franklin’s ONE Warrior Series (OWS).

On Sunday, 13 October in Tokyo, Japan, the Team Lakay star picked up a first-round finish against Senzo Ikeda to announce his arrival on The Home Of Martial Arts’ main roster.

It was a huge moment for the 26-year-old Filipino, who came to the Pancrase Flyweight World Champion’s hometown, and left with the ninth stoppage victory of his career to put the rest of the division on notice.

“First of all, I feel very happy,” he says. “I feel content because I delivered what I came here to do, and got the victory.

“I know he’s a tough opponent. He’s a hometown hero, but I’m here to win. I prepared hard for this, so I came, and I conquered.”

Adiwang was helped in his preparation by his teammate, Danny “The King” Kingad, who previously met Ikeda at ONE: A NEW ERA back in March as part of the ONE Flyweight World Grand Prix quarterfinals.

His experience against the representative of The Paraestra Matsudo gave “Thunder Kid” valuable insight into how to get the upper hand at the Ryogoku Kokugikan.

“Danny gave some tips on how strong Senzo Ikeda is, how heavy he is, and how to control him,” he adds.

Those lessons paid off in a big way as Adiwang got his opponent onto the mat inside the first minute, and took control after a scramble.

The OWS contract winner then wrapped up Ikeda’s head in a scarf-hold position as he worked for a submission.

Ikeda refused to tap and soon escaped the position, but his arm was injured as both men scrambled to return to their feet, and referee Motohiro Tsuruwa had no choice but to call a stop to the match.

Such a quick victory against a talented veteran instantly put the debutant in the thick of things in the strawweight division, where the talent pool is getting deeper all the time.

The Benguet knockout artist is capable of creating excitement against any of the talented competitors in the weight class, so he has no preference on who he faces next – just as long as they can help him climb the ladder.

“Anyone given to me, I’ll accept, and I’ll prepare for it. Let’s go. But for now, I’m still new in ONE, so I’ll just wait for who they’re going to give me.” 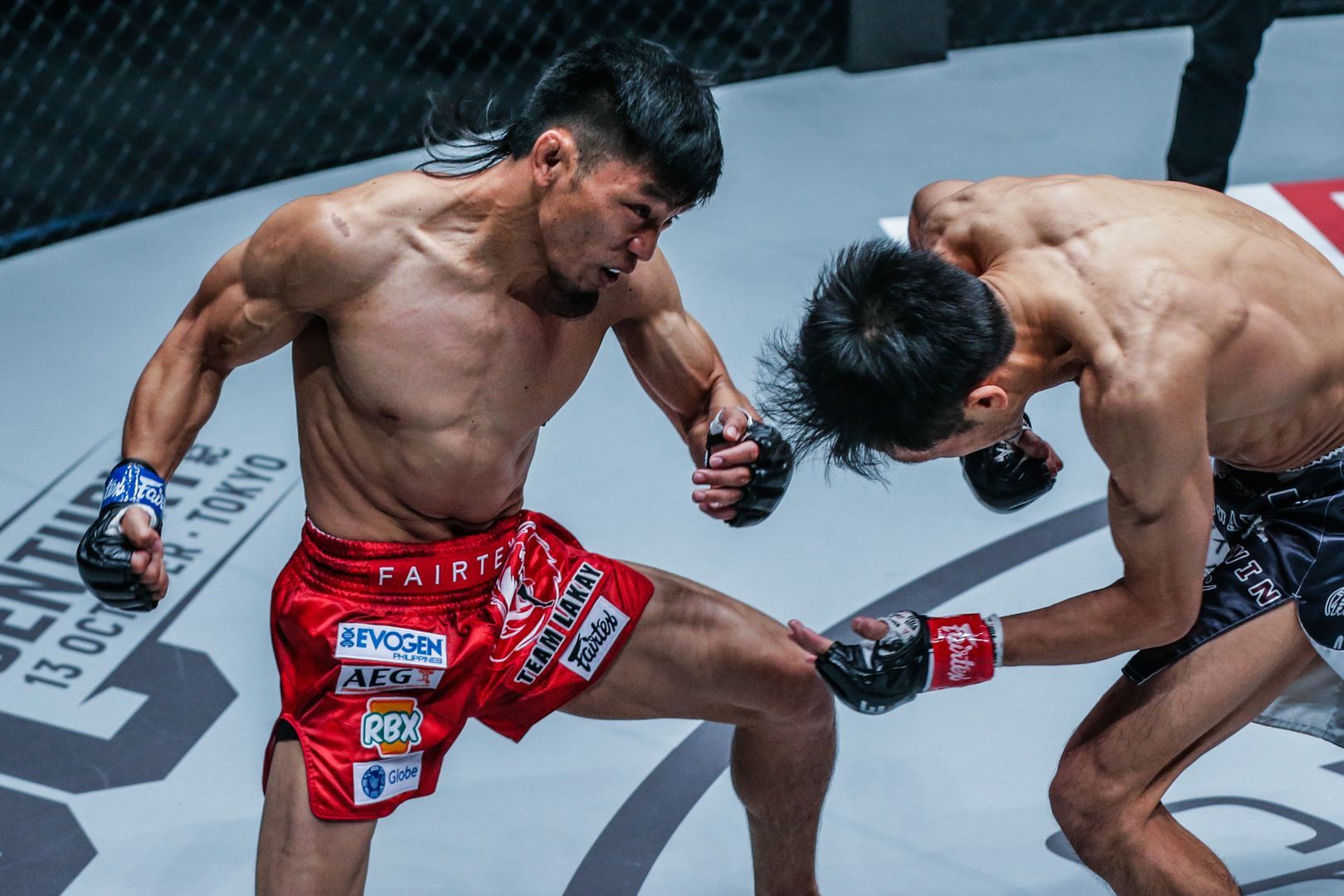 “Thunder Kid” may have his eyes on the division’s throne, but he will not entertain the thought of facing the current World Champion – another training partner, Joshua “The Passion” Pacio.

The brotherhood shared between the members of Team Lakay makes the thought of competing against each other a difficult prospect to imagine, so Adiwang is happy to wait for his chance while his friend occupies the top spot.

“If the moment comes, then we’ll deal with it, but for now, we got a lot of good competitors in my division, so let me deal with them.”

Read more: Sam-A’s Second-Round Knockout And More Results From The ONE: CENTURY PART I Prelims 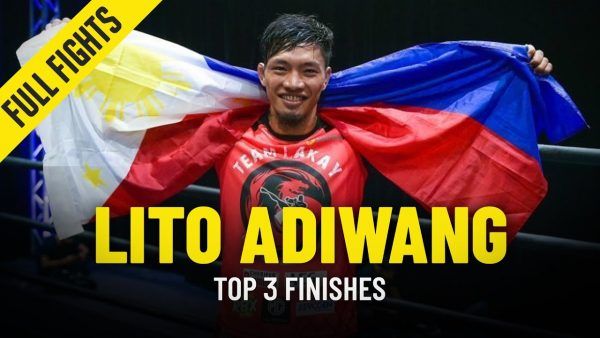 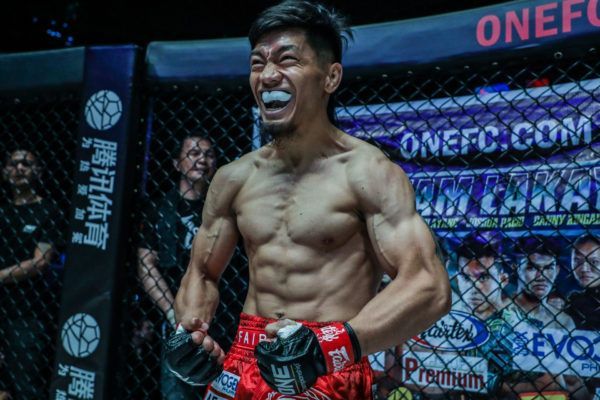