John “Hands Of Stone” Lineker wants to prove he’s the biggest hitter in ONE Championship’s bantamweight ranks when he makes his sophomore appearance on the global stage.

The Brazilian will square off against Kevin “The Silencer” Belingon at ONE: INSIDE THE MATRIX III — a previously recorded show that airs this Friday, 13 November — and he’s extremely confident about getting past the former bantamweight king on his quest to the top.

“I am coming into ONE Championship prepared for anyone. I am ready to go against him. I don’t think he can stop me,” Lineker says ahead of the tussle inside the Singapore Indoor Stadium.

The American Top Team star made his promotional debut at ONE: DAWN OF VALOR in October 2019. That evening in Jakarta, Indonesia, he defeated another fearsome puncher in Muin “Tajik” Gafurov.

After Gafurov pushed him to the judges’ scorecards in their thrilling three-round encounter, the Brazilian believes he’ll take things to another level when he steps back inside the Circle.

“In that fight, I broke my hand in the second round but still managed to do a good job. Although I couldn’t get the knockout, I still think I made a good impression,” Lineker says.

“I am feeling great and ready for my next bout. My preparation for Belingon has been one of the best of my career, and I believe I am going to be able to show what I came here for, and that is to be the World Champion in ONE Championship.”

Given their explosive fighting styles, the matchup between Belingon and Lineker is one that fans have clamored for since “Hands Of Stone” first signed with the world’s largest martial arts organization last year.

“The Silencer” is a wushu specialist who’s racked up the most finishes and knockouts in ONE bantamweight history. His six KO victories have come through a range of techniques, including concussive punches and crunching spinning kicks.

But given his own resume, Lineker is unfazed. The 30-year-old slugger has dispatched 14 opponents with the furious power in his fists, and he believes Belingon’s refusal to take a backward step will play right into his game plan.

“He is definitely one of the toughest opponents I have faced,” Lineker says.

“I studied lots of his videos. He seems to be a very versatile opponent. He likes to keep punching, he moves very well, but I think he is going to look for the exchanges. This is his style, just like mine.

“I’m going to look for a knockout in this fight and I know I can get the best out of the exchanges.”

This clash against Lineker is Belingon’s first since the conclusion of his four-fight series with reigning ONE Bantamweight World Champion Bibiano “The Flash” Fernandes in October 2019.

Though the Team Lakay star fell short against “The Flash” in their last meeting, he is still the #1-ranked bantamweight contender – a position that #5-ranked Lineker has his eyes on.

“The Silencer” won’t give it up easily, but if “Hands Of Stone” can live up to his moniker this Friday, he could take the Filipino’s spot in ONE’s Athlete Rankings and potentially earn a shot at the division’s reigning king.

That goal is the Brazilian’s biggest motivation, and he knows a career-best performance against Belingon might just him get there. 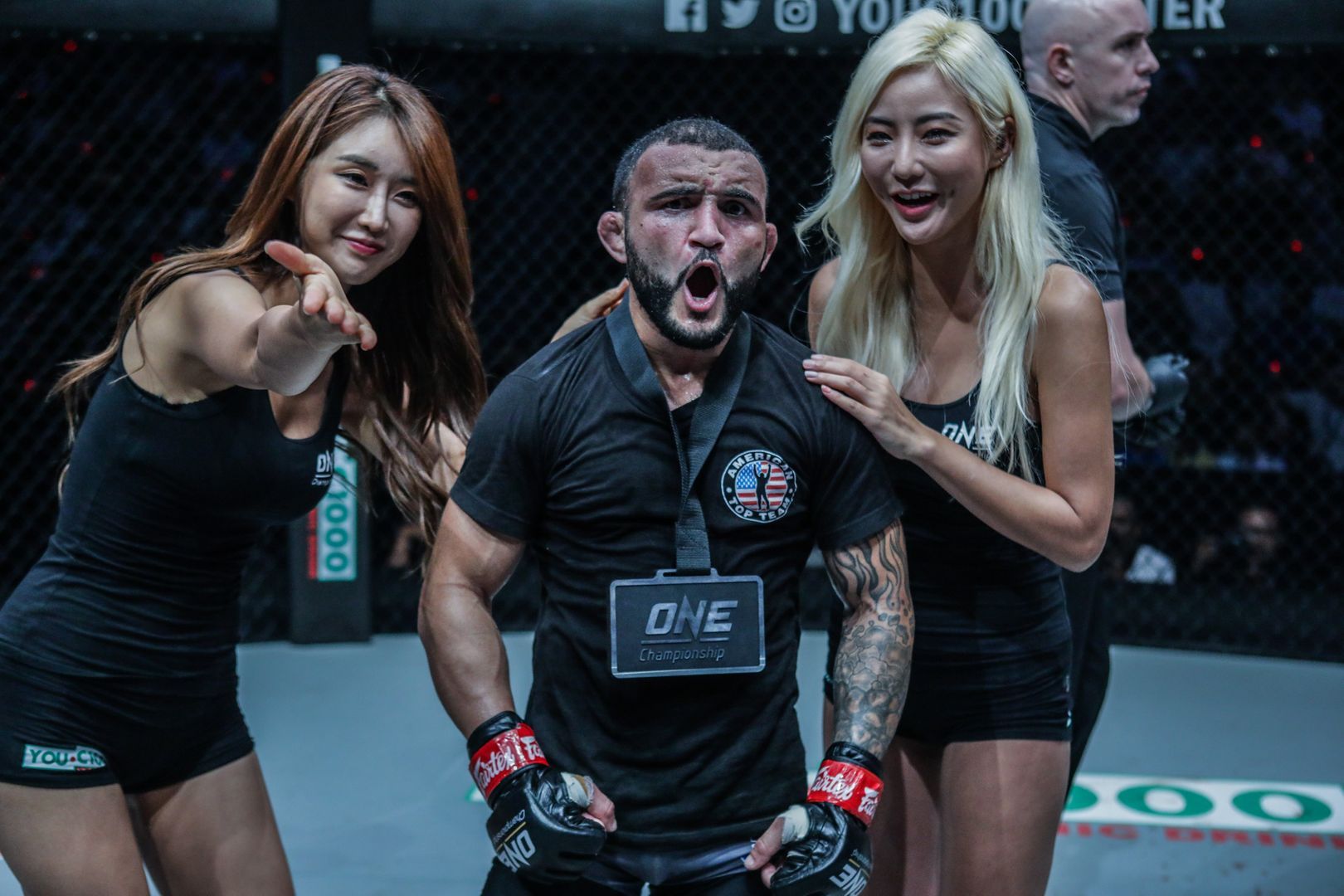 “I want the World Champion. I don’t think there would be a reason for them not to give him to me if I am fighting the #1 contender. And if I beat [Belingon], that should be the way to go,” Lineker states.

“I know Bibiano is a tough opponent, he has high-level jiu-jitsu, but no one can stop me at the moment. I know I have the edge. I am working really hard [to get that World Title], and I will get it.”