John “Hands Of Stone” Lineker let his fists do the talking on Friday, 25 October in Jakarta, Indonesia.

The Brazilian heavy hitter showed martial arts fans why his moniker is the perfect fit, as he scored a unanimous decision win against Muin “Tajik” Gafurov in their bantamweight bout at ONE: DAWN OF VALOR.

From round one Lineker displayed power, stumbling his opponent with an early low kick. Gafurov – who had yet to settle into the bout – was forced to keep the American Top Team standout on the outside with leg kicks and spinning hook kicks.

Lineker soaked up the kicks of “Tajik” and replied with a stinging overhand right that sent a warning to his rival. The Jungle Fight Bantamweight Champion then hurt the Tajikistan native with a right body kick, and he looked to finish him by targeting the same area with hard hooks.

In round two, Gafurov switched tactics and shot for a takedown. However, it almost cost him the bout when “Hands Of Stone” caught his neck and sank in a guillotine choke. Gafurov broke free, but Lineker’s brilliant work on the Circle fence made the round difficult for his opposite number. Midway through the stanza, there was no slowing down Lineker, whose left hooks and right overhands drove his foe backward. Though Gafurov attempted to take the Brazilian to the canvas on occasion, Linker’s sprawls frustrated the man from Dushanbe.

“Hands Of Stone” continued to showcase his powerful striking in the third and final round, as his boxing shut down his adversary’s offense.

Like he did in the earlier frames, Lineker was able to frustrate Gafurov by stuffing his takedowns. Even when “Tajik” scored his lone takedown of the period, the Brazilian quickly sprang to his feet. 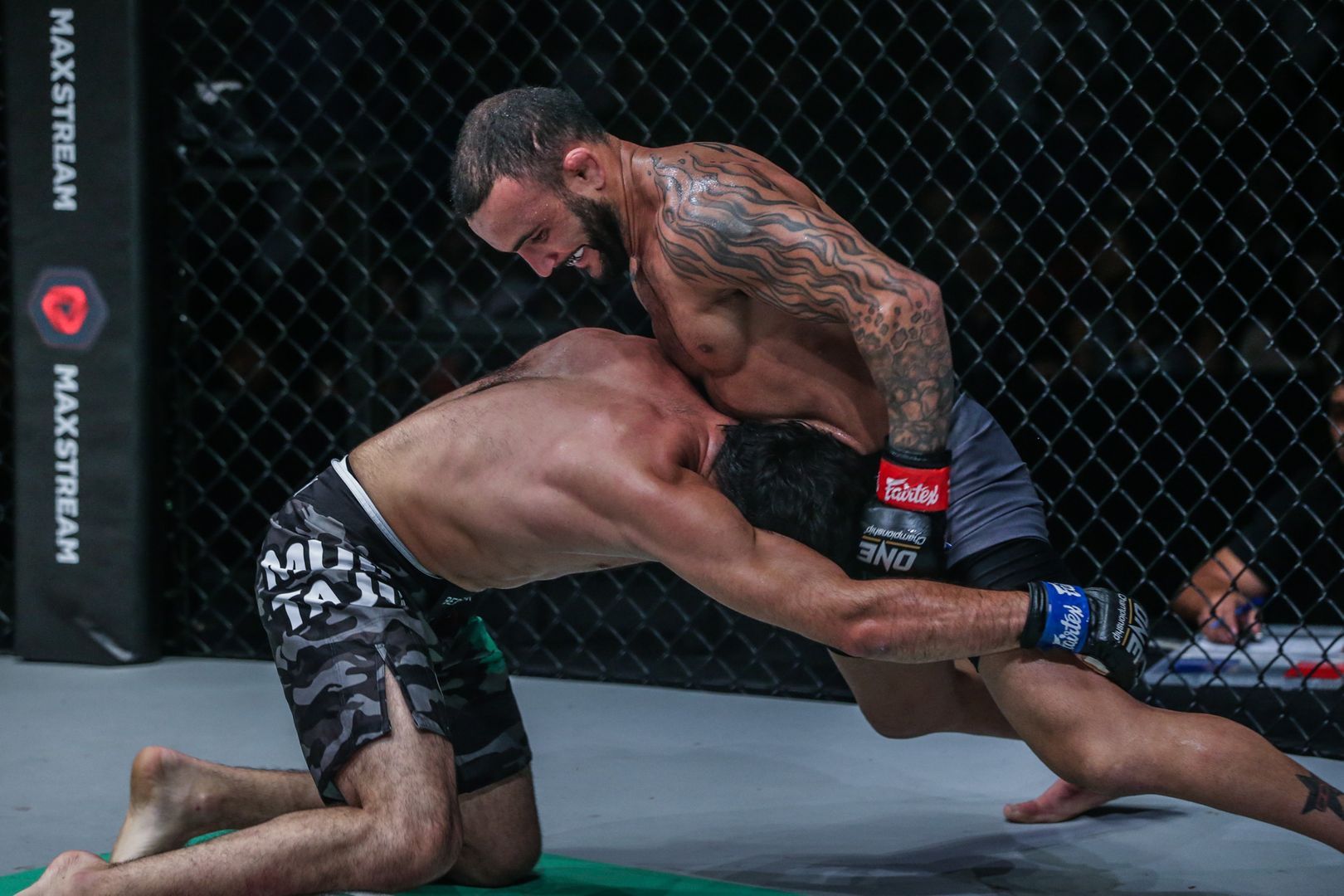 After three rounds of action, the judges gave the unanimous decision nod to “Hands Of Stone.”

With a successful debut, Lineker bumped his professional record to 32-9 and emerged as a contender in the bantamweight division.