It has been a long road back to ONE Championship for “The Underdog” Li Kai Wen.

This Friday, 8 November, at ONE: MASTERS OF FATE, the Chinese star will return to action for the first time since last July after a long period of rehabilitation from injury.

He will face Indonesia’s Paul “The Great King” Lumihi in his first bantamweight bout, and he is determined to make up for lost time by marking himself as a contender with a typically aggressive performance.

The last time we saw Li in the Circle, he knocked out Emilio Urrutia in the third round to finish one of the most exhilarating bouts of 2018.

That followed hot on the heels of a 10-second KO of Rodian Menchavez just three weeks earlier, and a 43-second submission of Roel Rosauro at the start of the year to mark the man from Tianjin and one of the leading candidates for a shot at the ONE Featherweight World Title.

However, his willingness to compete at the drop of a hat, combined with the grueling nature of his war with Urrutia, came at a cost.

“The fight with Emilio was offered to me immediately after my fight with Menchavez in Macau while I was in the dressing room during the post-fight physical exam,” he explains.

“My manager and coaches advised me not to accept the fight, which was in three weeks, but I was coming off my fastest KO, and I understand that short-notice fights are offered when the company is in need, so I took it.

“But know this, I have been dealing with a knee injury from my early wrestling days and was going to have it taken care of right after my fight with Menchavez. During my fight with Emilio, I was kicked hard on my left knee, which compounded the injury.

“I went into surgery right after I came back from KL and have been in recovery since the surgery.”

A long 16 months have passed, and now “The Underdog” is itching to pick up where he left off.

Though he recognizes he will have to reacclimatize to the pace of competition on the global stage for martial arts first, he has big plans for the months and years ahead.

“I understand the matter of ring rust, and the next fight is to allow me to reassess where I am at. I hope that my knee is recovered fully and I can get acclimated at bantamweight,” he says.

“I felt that I deserved a title shot in featherweight, but now that I am fighting bantamweight, I need to make my presence [felt] in this weight class. My goal is to bounce between these weight classes and be the first Chinese champ-champ.”

A trademark, highlight-reel victory will go a long way to rebuilding his momentum, and though the 24-year-old may not know much about his opponent, he has faith in the game plan his trainers have prepared for him, as well as his unique approach to combat.

“I didn’t watch any of his prior fights but my coaches did. I simply trained under their advice,” he explains

“Being Li Kai Wen is my advantage. I will ‘Li Kai Wen’ this guy.” 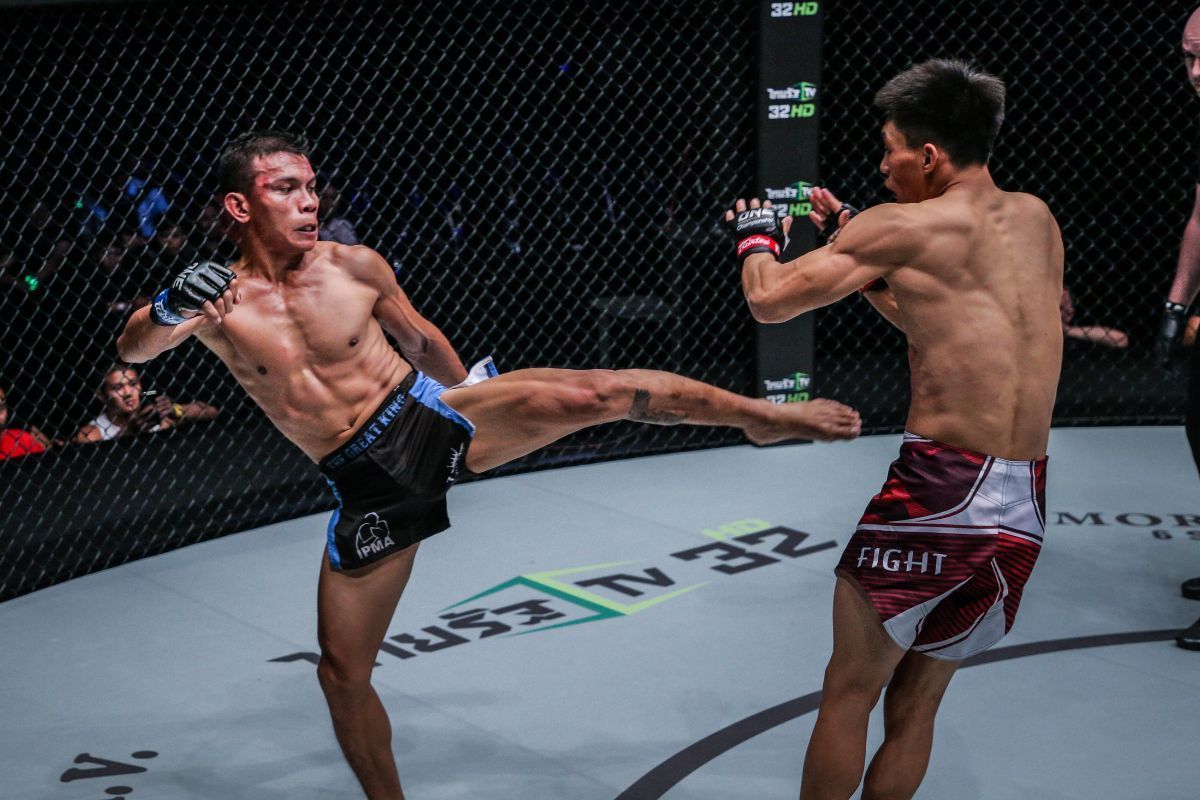 In the other corner, Lumihi is certain he can fight fire with fire to swing the bout in his favor.

The man from Jakarta has never been finished by knockout, and he packs a ton of power in his strikes, so he is confident he can go toe-to-toe to get his hand raised.

“I have observed my opponent. He is also a striking specialist, so I have to be brave enough to trade strikes with him,” the 31-year-old says.

“I [have] also strengthened my physical condition and abilities. From what I have seen, my next opponent loves to play fast, but he has no endurance for long stanzas and is easily exhausted.”

However, “The Great King” is under no illusion that Li is one of the most dangerous men on the ONE roster on the feet, and his reign as a five-time Indonesian featherweight champion showed he has a well-rounded game to give opponents trouble however a contest plays out.

“If I am not able to trade punches and kicks, I will try taking him onto the canvas. Everything will depend on the situation in the Circle,” he adds.