There was much debate after the first meeting between “Mr. Lightning” Lerdsila Phuket Top Team and Sok Thy. However, there was no such controversy in their rematch at ONE: WARRIOR’S DREAM in Jakarta, Indonesia’s Stadium Istora on Saturday, 17 November.

Lerdsila took a razor-thin split decision over the man 16 years his younger when they first met at ONE: PINNACLE OF POWER in June.

However, it was clear from the start of their ONE Super Series flyweight Muay Thai bout that the 37-year-old Thai had no intention of letting things get quite so close in the rematch.

In a highly-anticipated ONE Super Series rematch, Lerdsila dominates Sok Thy to score a unanimous decision win!

In a highly-anticipated ONE Super Series rematch, Lerdsila dominates Sok Thy to score a unanimous decision win!Watch the full event LIVE & FREE on the ONE Super App ????http://bit.ly/ONESuperApp | TV: Check local listings for global broadcast

It was the Thai who had the upper hand in the opening round, as he controlled the range with his left hand and landed effectively with straight punches, short elbows, and leg kicks.

Sok Thy upped the intensity in the second round to match his opponent, and proved he was every bit Lerdsila’s equal with a perfectly-executed sweep that dumped the Thai to the canvas at the end of the round.

Nonetheless, the striking exchanges were mostly won by the Thai, who connected more cleanly and more frequently during the second frame. Lerdsila kicked off the third and final round with a spectacular leg sweep of his own as he threw the 21-year-old Cambodian to the mat.

Both men loaded up with their most powerful shots in a bid to claim a stoppage victory, and Sok Thy pushed forward, perhaps knowing he needed a finish to earn the win.

It was not to be, however, as the well-matched duo battled all the way to the final bell. When the scores were read, there was no room for doubt as Lerdsila was announced the unanimous decision winner. 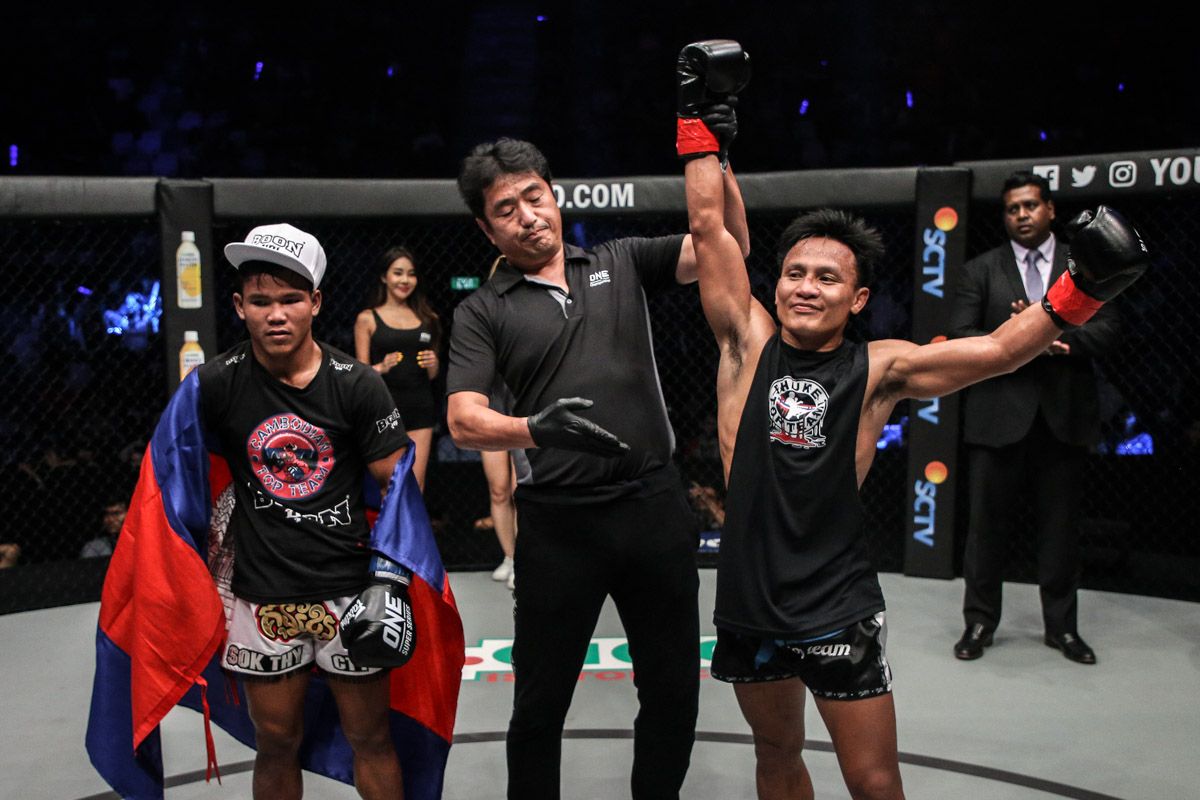 While Sok Thy may have lost two in a row against the Thai, the Cambodian youngster proved over six rounds of battle with the legend that he is more than worthy of his place among the world’s best in ONE Super Series.