Koyomi Matsushima Has The Power To KO Martin Nguyen 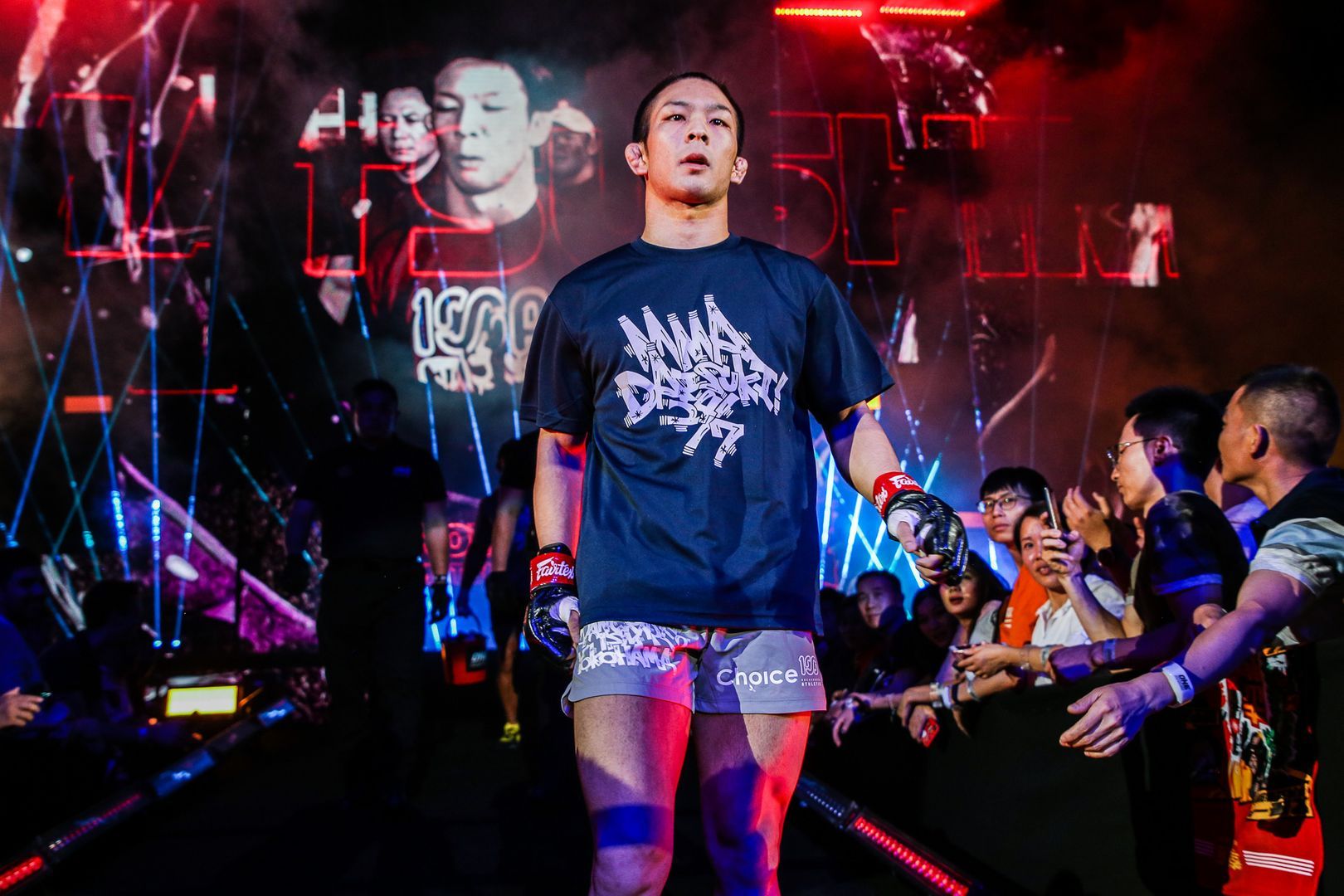 It has taken a year, but Koyomi “Moushigo” Matsushima finally has the bout he has been waiting for.

At ONE: DAWN OF HEROES, the Japanese star will face Martin “The Situ-Asian” Nguyen in the main event for the ONE Featherweight World Title in Manila, Philippines.

The 26-year-old from Yokohama will come into the contest in the Mall Of Asia Arena on Friday, 2 August after an impressive performance – total domination of South Korean knockout artist “Pretty Boy” Kwon Won Il for all three rounds.

???? 2 AUGUST. MANILA. ????✅ Martin "The Situ-Asian" Nguyen vs. Koyomi Matsushima for the ONE Featherweight World Title!✅ Jonathan Haggerty vs. Rodtang Jitmuangnon for the ONE Flyweight Muay Thai World Title!✅ Eduard "The Landslide" Folayang vs. Eddie Alvarez in the ONE Lightweight World Grand Prix semi-finals!✅ "Mighty Mouse" Johnson vs. Tatsumitsu Wada and Danny "The King" Kingad vs. Reece "Lightning" Mclaren in the ONE Flyweight World Grand Prix semi-finals!????: Manila | 2 August | 7PM | ONE: DAWN OF HEROES????: Get your tickets at ???? http://bit.ly/oneheroes19????: Check local listings for global TV broadcast????: Watch on the ONE Super App ???? http://bit.ly/ONESuperApp ????‍????: Prelims LIVE on Facebook | Prelims + 2 Main-Card bouts LIVE on Twitter

However, Matsushima believes he deserved his shot at the gold after his debut in The Home Of Martial Arts when he knocked out former ONE Featherweight World Champion Marat “Cobra” Gafurov in the first round.

Unfortunately, injuries to both “Moushigo” and “The Situ-Asian” delayed the clash, but that may have been a blessing in disguise for the challenger.

Though he needed to let his hand heal after he broke it on Gafurov’s head, he had time to improve his other skills, and build a stronger mentality for future challenges.

“I do feel like I grew from the passion that I felt during my fight with Gafurov,” he says.

“Other than that, I feel myself getting better every day that I train. I do think that I’m a lot stronger than I was a year ago.

“I still think I have a long way to go. I don’t think I’ve achieved my maximum potential yet. I know I’ll continue to get stronger. Of course, I hope to get even stronger before the upcoming fight.”

Despite his development, he is under no illusions that he faces the biggest challenge of his career at ONE: DAWN OF HEROES.

Nguyen’s record on the global stage is exemplary, he has authored some of the most spectacular finishes in the organization’s history, and he also seems to be getting better all the time.

Because of that, the Vietnamese-Australian has been Matsushima’s number one target since the day he signed for ONE.

“He’s dominated in two weight classes, and he’s fought for the title in the weight class below. He’s an all-rounder with not many weaknesses,” the Kyokushin karate black belt adds.

“The first ONE fight I saw live was Nguyen vs. Christian Lee in Singapore. When I got the contract, I knew I had to get here somehow. I’m finally here, and I finally get to compete against this opponent.”

That excitement is tempered slightly by the Pancrase ISM Yokohama representative’s caution about “The Situ-Asian’s” best weapons. “His right overhand is a weapon everyone is afraid of,” he says.

“It’s probably something that would land even if I guarded it. So, most importantly, I have to make sure I don’t create any space for it to land. It’s almost unstoppable. I think the fight will come down to whether or not I am able to combat that.”

His years of karate training have given him the striking power to crack one of the hardest chins in The Home Of Martial Arts, but Matsushima will not limit his chances of victory by chasing a finish.

The 26-year-old is possibly the most well-rounded opponent of Nguyen’s career and is likely to give him his toughest test – wherever the encounter takes place.

“It’s something I practice every day, to make it something that happens [more often],” he says.

“Of course, I think about that, but I don’t strive for a KO win. I don’t think I’m a [knockout artist]. I just want to win by any means, whether that’s by KO or by decision.

”I’d say my strength is that I can do both – karate or wrestling – it’s not one or the other for me. I think it’s good that I can do either.”

With that said, “Moushigo” believes one of his paths to victory will be to overwhelm his rival with strikes in the opening exchanges.

If that does not bring him the finish, he is happy to go toe-to-toe, and if he needs to, take Nguyen down and unleash ground and pound to dominate the contest.

Whatever happens, Matsushima does not expect it to be easy, but he is prepared to go to the bitter end with the World Champion.

“He’s really strong, but that’s exactly why I’m happy to have him as my opponent,” he adds.

“I’d like to go to the bitter end, no matter how tired we both get. I’ve been training with that in mind.”

He also has a message for Nguyen before they meet: “Please get [the belt] ready to hand over to me.”