With a roaring Philippines crowd fervently behind him, Joshua “The Passion” Pacio took on China’s Lan Ming Qiang, and predicted he would dispatch his adversary with a first-round rear-naked choke to claim back-to-back victories.

“The Passion” put on a brilliant performance on home soil, submitting Sanda champion Lan Ming Qiang in the first!

The Team Lakay standout made good on his word, and tapped out the Chinese Sanda Champion at 4:01 of the very first round at ONE: GLOBAL SUPERHEROES, which aired live from the Mall of Asia Arena in Manila on Friday, 26 January.

Lan, a training partner of flyweight sensation Ma Hao Bin, started off with some promise, as he connected with low kicks and used his striking experience to good effect. Pacio, however, began to time his shots. He caught Lan’s leg, and quickly tumbled his opponent to the ground from the clinch.

Once it hit the ground, it became obvious where Pacio’s advantage was. “The Passion” dictated proceedings from then on, using his dominant positions to land punches, elbows, and knees. 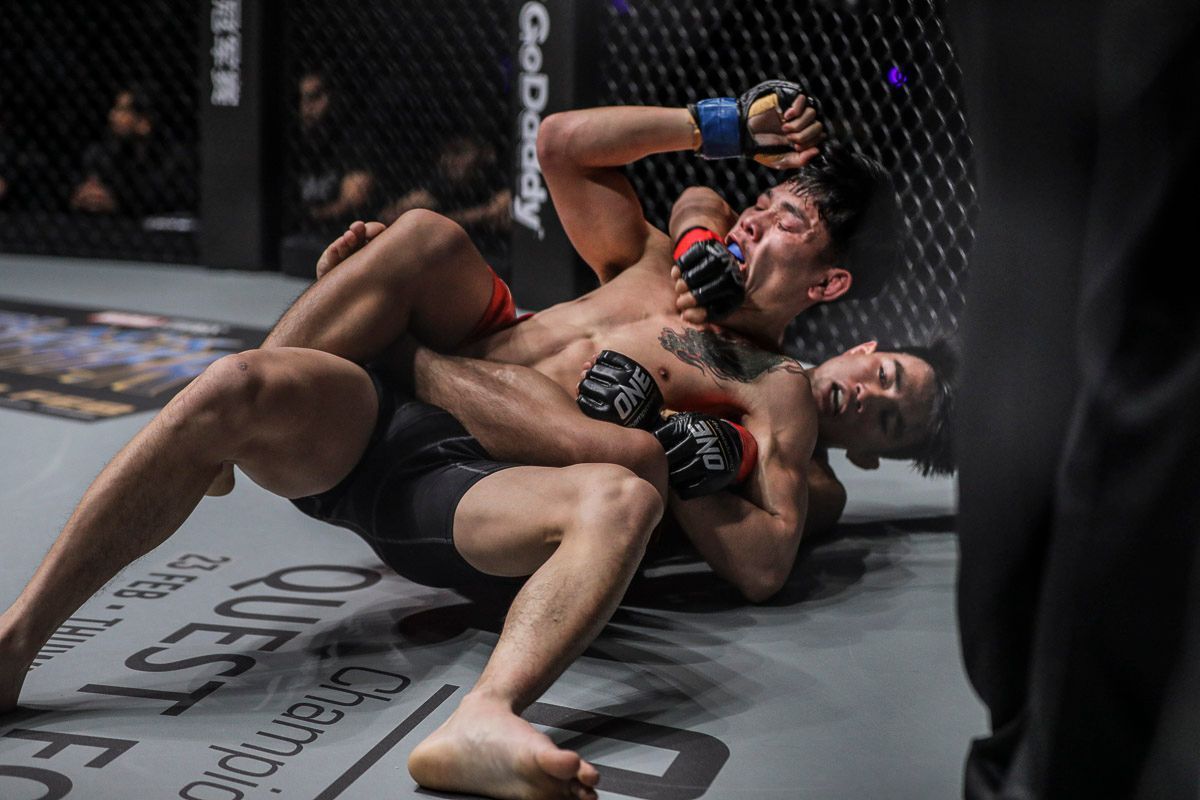 After softening up his opponent with strikes, Pacio saw an opportunity for the rear-naked choke. Try as he might, the Chinese Sanda Champion could not fend off the attacks, and was forced to tap in the final minute of round one.

Though Pacio dreams of becoming the ONE Strawweight World Champion some day, he told Mitch Chilson following the bout that he just wants to get better.

“My goal is to just keep winning and improving, that’s all,” he said, humble in victory. Pacio, still just 22, improves to 11-2, and has time on his side.