The undefeated Filipina is quickly rising up ONE Championship’s atomweight ranks, and she knows the opposition is only getting tougher and tougher.

This coming Saturday, 22 September, Torres will try to keep her spotless record intact. She is scheduled to face Indonesia’s own Priscilla Hertati Lumban Gaol at ONE: CONQUEST OF HEROES, which takes place at the Jakarta Convention Center.

“Sometimes, I can’t sleep late at night because I get nervous thinking about the next match. Every time a match draws near, this is my constant feeling.” 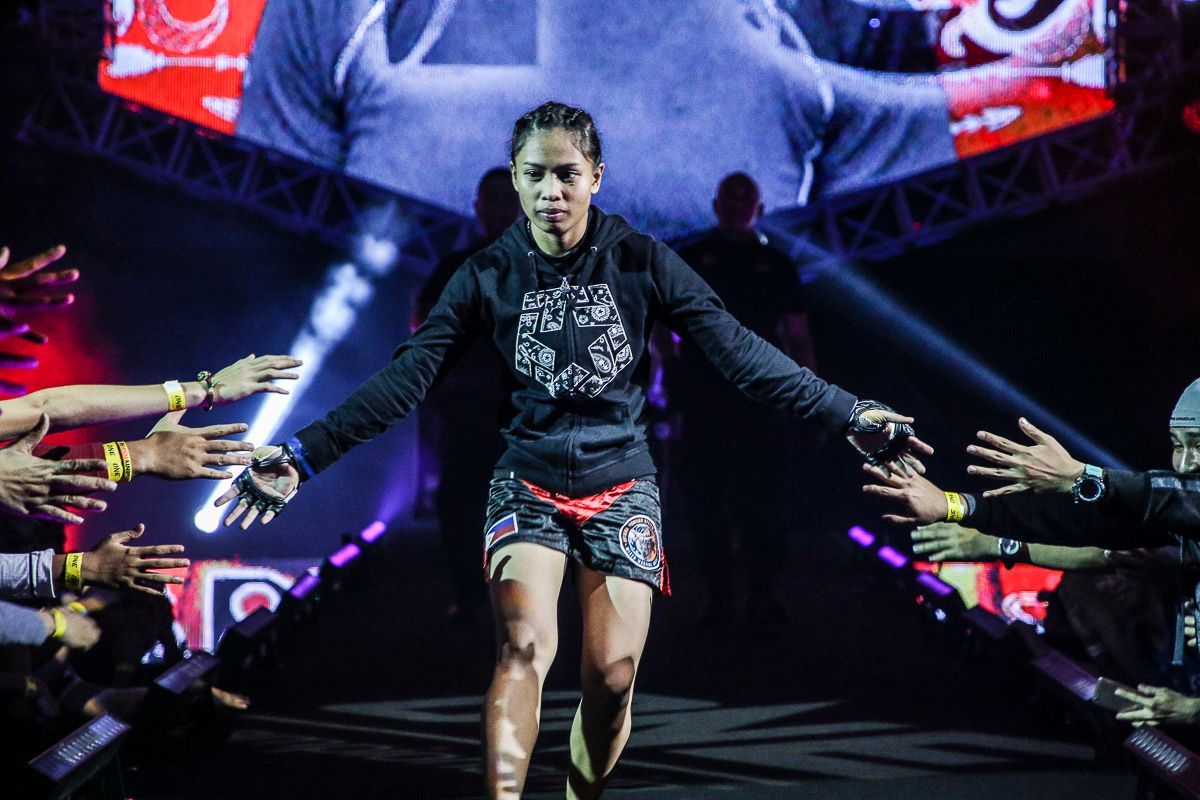 Ever since making her mixed martial arts debut in August 2016, Torres has experienced a meteoric rise.

A year following a decision victory over future ONE athlete Krisna Limbaga at a regional show in the Philippines, she joined the world’s largest martial arts organization and immediately made a statement.

“The Zamboanginian Fighter” burst into global consciousness by submitting previously-unbeaten Thai star Rika “Tinydoll” Ishige in her first promotional appearance. Then, she closed out 2017 with a clear-cut unanimous decision win against Nita Dea.

However, Torres’ best performance happened this past January, when she knocked out fellow compatriot April Osenio with a massive slam. At 40 seconds, she set the record for the fastest stoppage victory in ONE’s women’s history at the time.

“I really didn’t expect to do that against April. It wasn’t in the game plan. It just happened,” she admits.

“I knew there were a lot of people who prayed for me to get that win. Even my grandmother had sleepless nights as fight night drew near.” 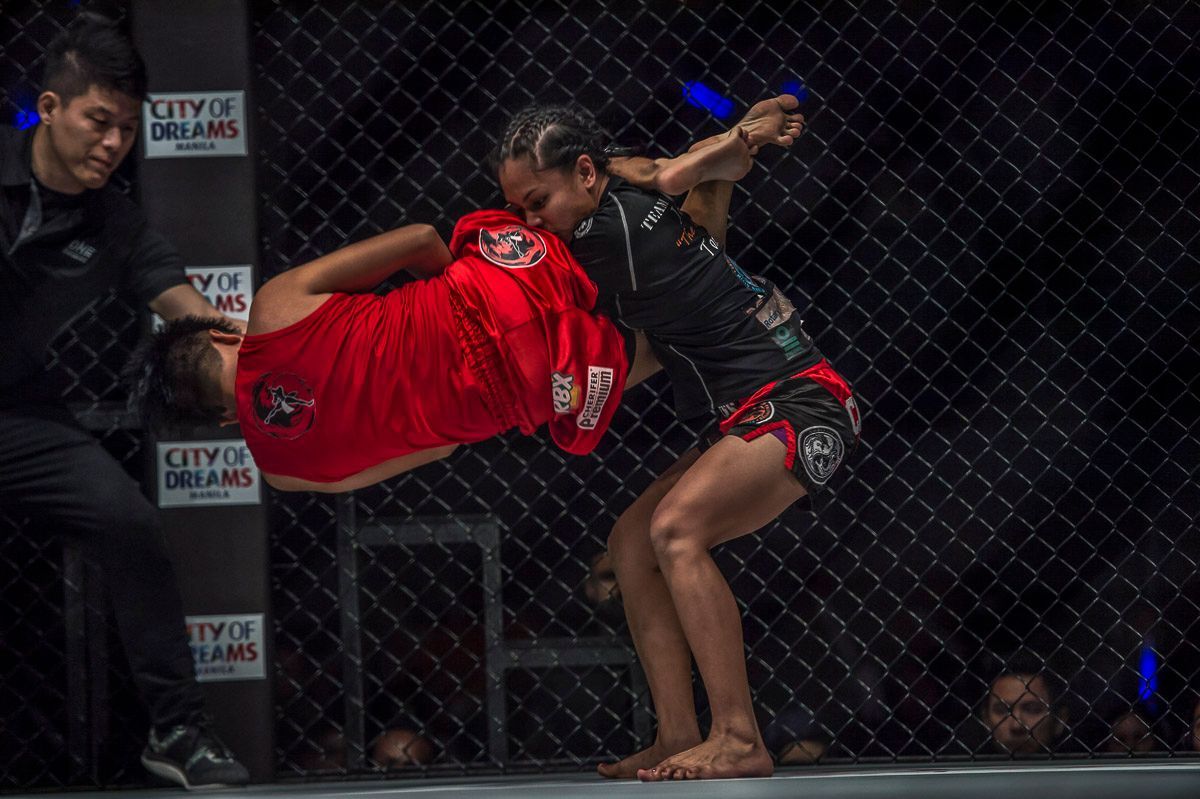 That empathic win was the culmination of a wild six-month stretch.

Since then, Torres has been diligently training under her head coach — and ONE Strawweight World Title contender — Rene Catalan at Catalan Fighting System in Makati, Philippines.

“The Zamboanginian Fighter” is always in competition shape, just in case the promotion needs her to fill-in as a short notice replacement. She understands the nature of the sport, as the Filipina learned from prior experiences that opportunities could come at any time.

“If there is a match suddenly available, I need to be ready,” she explains.

“I don’t want to be caught off guard and not be in top condition when I get a surprise call, so I’m always ready. Good thing I get to train with my coaches.” 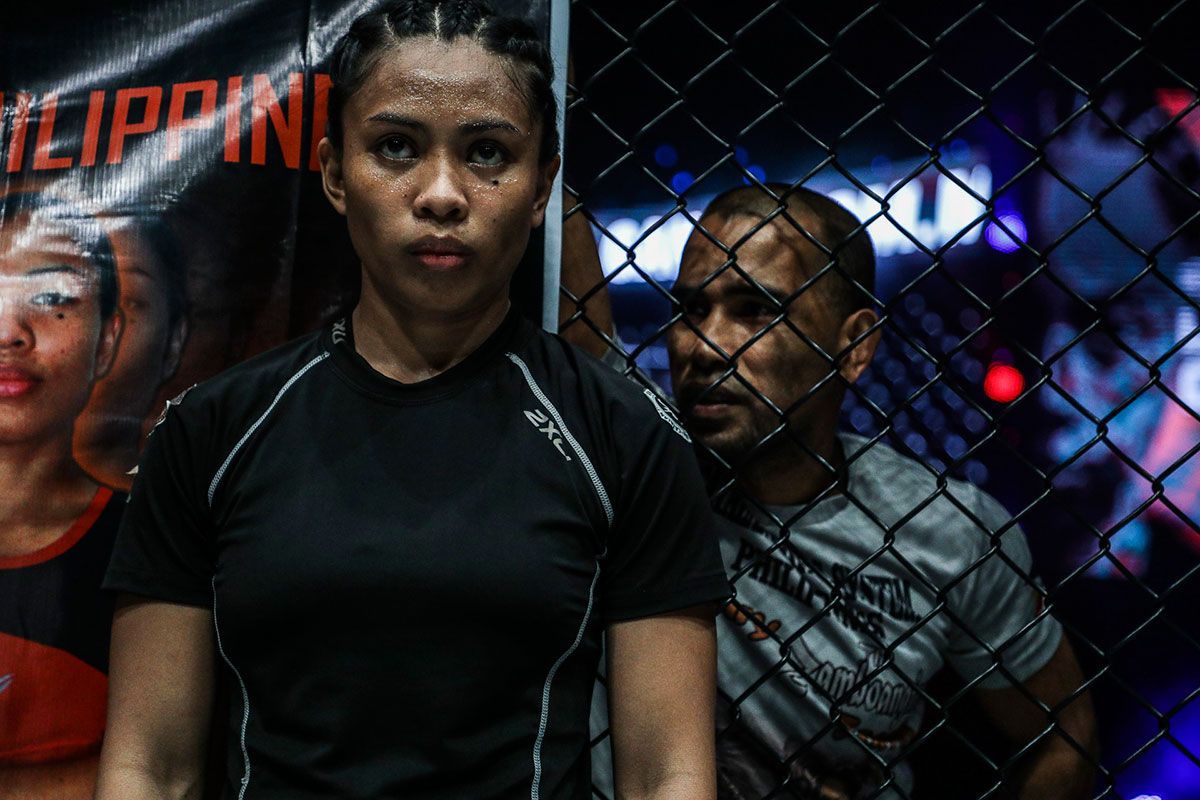 All her hard work will finally be showcased this coming Saturday, when she squares off against Lumban Gaol.

The 30-year-old Jakarta, Indonesia native started 2018 off with a trio of first-round stoppages. However, the Wushu World Championship bronze medalist hit a roadblock in July, when her streak was snapped by Malaysian teenage sensation Jihin “Shadow Cat” Radzuan in a three-round thriller.

That decision loss has only spurred “Thathie” to improve her grappling and add more strength to her frame. Most importantly, it has motivated her even more to win at ONE: CONQUEST OF HEROES.

While Torres respects her foe’s immense talent, she watched Lumban Gaol’s recent performance and saw a hole she could further exploit.

“I think she has many weapons, so I’m not sure which one I should be most careful of,” the CFS product explains.

“Personally, I think she isn’t the best at grappling and wrestling. In her last match, I saw the Malaysian go for takedown after takedown. Maybe I’ll do the same, and turn this into a grappling match.” 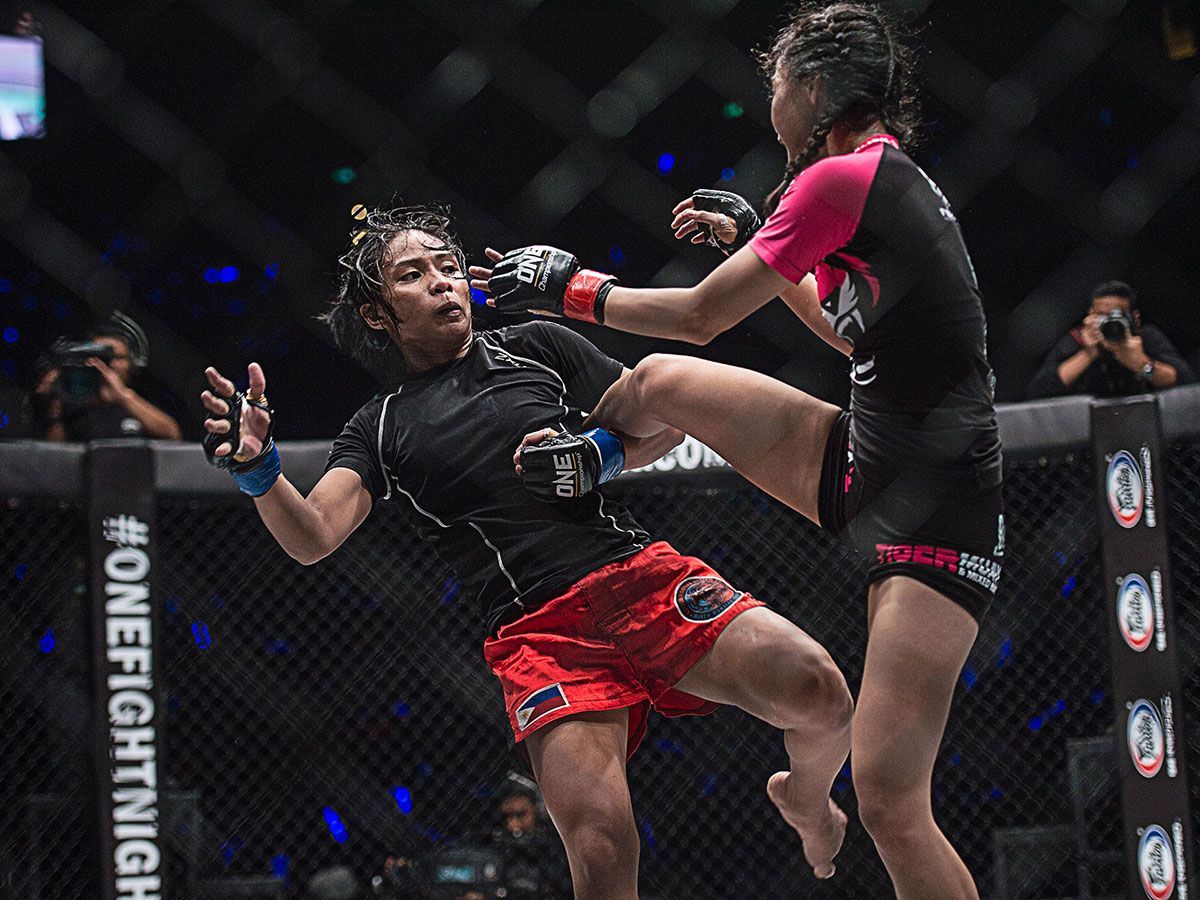 If Torres were to become the first person to defeat Lumban Gaol in her homeland, then she would undoubtedly rise up the ranks.

Although her endgame is capturing the ONE Women’s Atomweight World Championship, the humble Filipina is content with polishing up her skills and ascending the ladder.

“There’s still a lot more steps to climb before I get that World Title opportunity,” she explains.

“Right now, I’d rather enjoy my spot climbing the ranks than competing for a World Title right away. I think I will reach that at the right time.”