ONE: ETERNAL GLORY kicked off with a round and a half of non-stop action from a pair of Indonesian mixed martial arts debutants.

On Saturday, 19 January at the Istora Senayan in the nation’s capital of Jakarta, Surabaya native Oscar Yaqut scored his first win in ONE Championship with a second-round TKO of Salatiga’s Andreas “Yhayaz” Satyawan.

Oscar Yaqut kicks off 2019 with a dominant TKO victory over Andreas Satyawan at 2:36 of Round 2!

Oscar Yaqut kicks off 2019 with a dominant TKO victory over Andreas Satyawan at 2:36 of Round 2!Watch the full event LIVE & FREE on the ONE Super App ????http://bit.ly/ONESuperApp | TV: Check local listings for global broadcast

Yaqut started off this featherweight contest like a house on fire as he launched looping punches at his opponent.

The national sanda gold medalist appeared to hurt Satyawan in the opening exchanges, and then again with a big overhand right just a minute into the match, but he held on and quickly recovered.

Moments later, the momentum shifted as “Yhayaz” grabbed a standing arm-in guillotine choke against the fence. The Indonesian kyokushinkai karate champion could not capitalize, however, and Yaqut soon found himself free.

The 28-year-old Surabaya resident continued to march forward. He threw everything into his offense just like he had done at the start of the round, but the volume of strikes began to decrease as the opening stanza drew to a close. At the beginning of the second period, “Yhayaz” seemed determined. He walked through his rival’s best shots and showed his strength in the clinch.

Satyawan went for a guillotine choke again, and he looked to have it locked up as he closed guard when the contest went to the canvas. But his fortunes changed rapidly from that very moment.

Yaqut popped his head out to escape the submission, and passed guard into mount almost immediately, where he unloaded heavy punches and elbows until Satyawan tapped out. 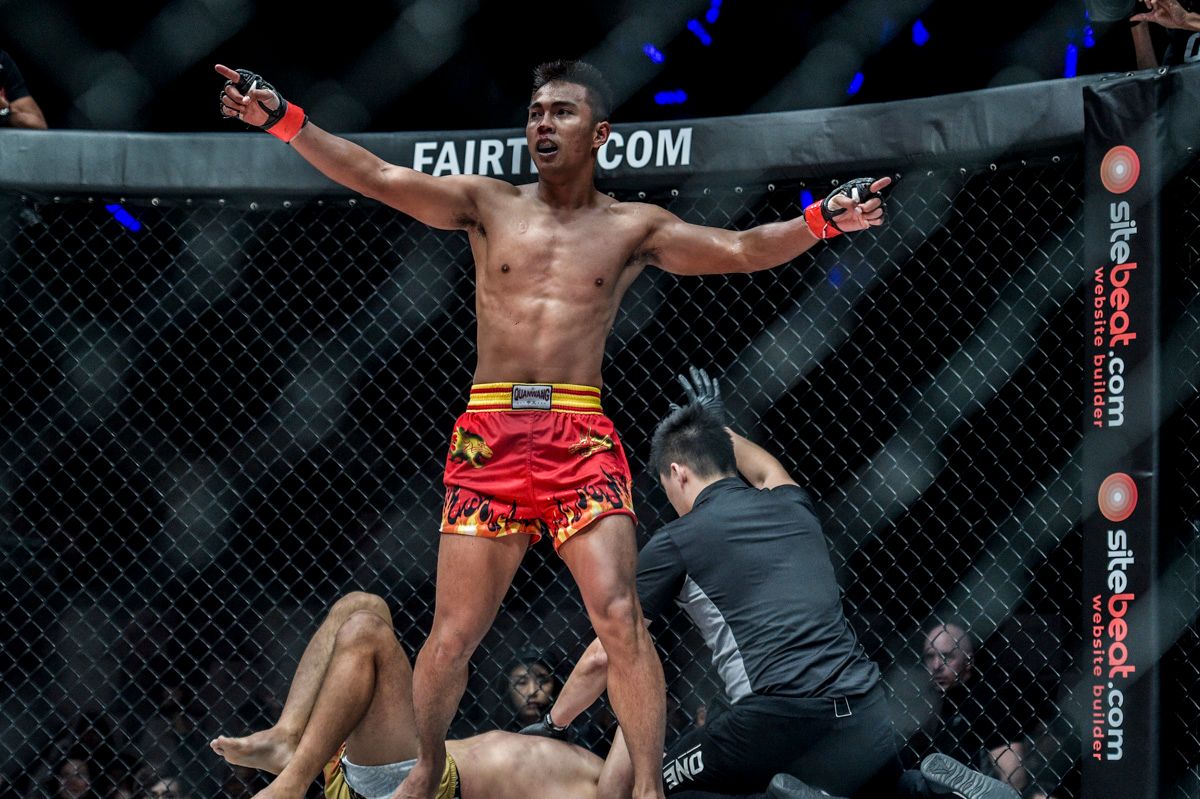 The match was stopped by referee Kemp Cheng at the 2:36 mark of round two, giving the Gorilla Fight Club representative a great victory in his first appearance in The Home Of Martial Arts.