Xiong Jing Nan isn’t worrying about any outside noise leading up to her rubber match with atomweight queen Angela Lee on Friday, September 30.

A trilogy bout always brings some extra intrigue, but when “The Panda” defends her ONE Women’s Strawweight World Title in the main event of ONE on Prime Video 2, she’ll only be focused on getting her hand raised.

The Chinese star originally questioned Lee’s right to step up in weight and challenge her once again.

However, she decided to leave those thoughts in the background and simply concentrate on getting the victory at the Singapore Indoor Stadium.

“The first time I found out that [Lee] was coming back to my division, I was a little bit upset because she had already lost twice at my level, including to Michele Nicolini.

“At her weight, I lost once, so I thought I would fight there next. But it’s no big deal. It’s all the same. I want to win, it’s as simple as that. I’m not excited; I just want to beat her.”

So far, both MMA superstars have defended their belts in thrilling head-to-head matchups that took place in 2019.

“The Panda” finished Lee with a stunning fifth-round comeback in their first meeting, and “Unstoppable” submitted Xiong with just seconds remaining to retain her ONE Women’s Atomweight World Title.

However, the strawweight queen is not fazed by her defeat in that rematch. Instead, she’s used that loss as a lesson to help her become an even more dominant World Champion.

“The second time we met was when I [challenged for her Atomweight World Title], and I ended up losing. For me, even though I was sad, it was a good sadness, because I wasn’t too happy despite winning the first match. Losing was a good thing for me because I could see more of my shortcomings.

“I don’t think it’s the winning or losing of a game that matters. What matters in the outcome is what you learn. To be able to see where you’re lacking, and to know yourself more clearly.”

Despite Lee taking two-and-a-half years on the sidelines surrounding the birth of her first child, Xiong expected the Singaporean-American to come back stronger – and with some extra motivation.

In the end, that’s exactly what happened, as “Unstoppable” looked better than ever when she finished Thai superstar Stamp Fairtex to defend the atomweight gold this past March.

Xiong said of her longtime rival:

“I was asked in a previous interview whether Angela Lee would be back to her original form after having a baby or whether her form might be bad. I said, ‘Definitely her form will be better than before because she’s in a new capacity as a mother. She’ll try harder to move forward and make herself a better role model for the child.’

“So she’s in a very, very good place right now. But, it’s okay. I’m not afraid. That’s why I’m trying to learn more and consolidate my weaknesses and then make my strong side stronger and take this match.”

The upcoming World Title showdown is one of the most anticipated trilogy clashes in ONE history, and just like the global fan base, Xiong can’t wait for its climax.

While she knows that Lee is only getting better, “The Panda” also feels that way about herself.

She’s made three successful ONE Women’s Strawweight World Title defenses since her loss to “Unstoppable,” and she hopes to end this enduring rivalry in highlight-reel fashion.

“I’m sure everyone is looking forward to it, including me and Angela Lee. I believe that she knows me very well, and I know her very well. But I’m happy that I’m not the same Xiong Jing Nan. I’m improving and I’m changing, so I think it will be a very, very good match to watch.

“Of course, I’d like to get the knockout and I want to give a KO in a beautiful way. But you have to know that no one can predict the outcome in the Circle.” 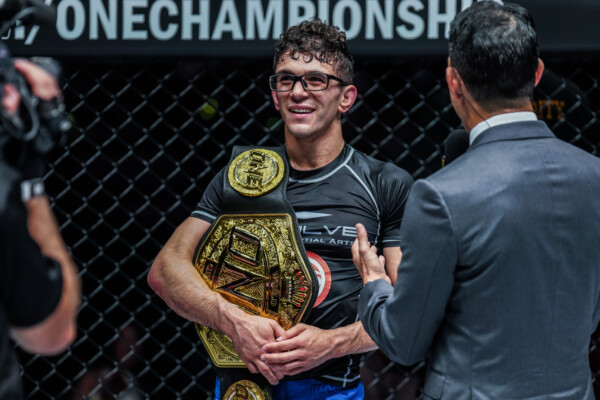 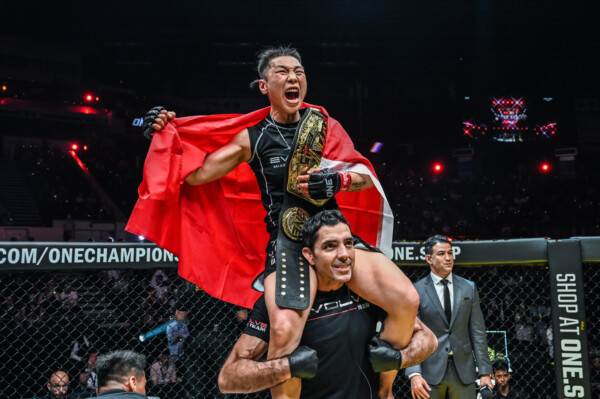 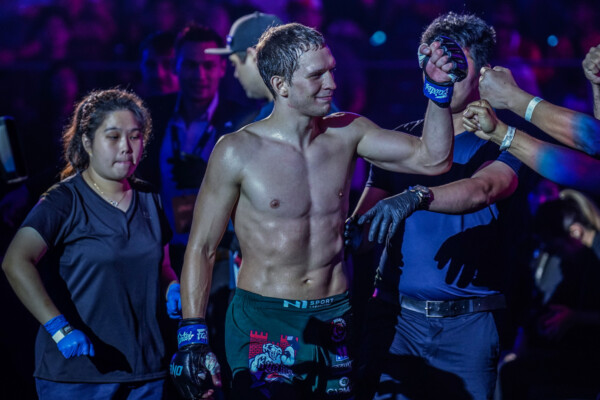 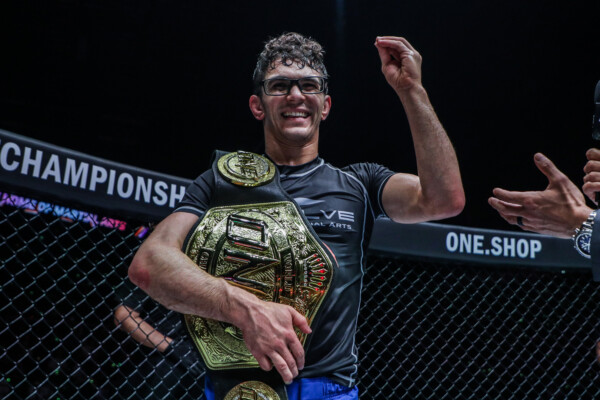