ONE Championship debuts do not come much more impressive than Ilias “Tweety” Ennahachi’s performance against “The Baby Shark” Petchdam Petchyindee Academy at ONE: DREAMS OF GOLD.

Last Friday, 16 August in Bangkok, Thailand, the Dutchman captured the ONE Flyweight Kickboxing World Title with a stunning third-round knockout that silenced his opponent’s fans in the Impact Arena.

The man from Utrecht had to contend with more than just a hostile home crowd as he took on one of the most dangerous athletes in The Home Of Martial Arts.

Petchdam had won all four of his previous ONE Super Series contests, and his trademark left roundhouse kick has been the key to most of his victories.

However, apart from one strike that landed low and required a few moments of injury time to recover from, Ennahachi says he did not have too much trouble dealing with “The Baby Shark’s” most dangerous weapons as he unleashed his own.

“He kicked my crotch hard, and it bothered me,” he admits.

“His [other] kicks were not hard. I was testing him before I hit him – it was all part of the plan.

“I kick easier than him – you could see how I hit him a few times.” 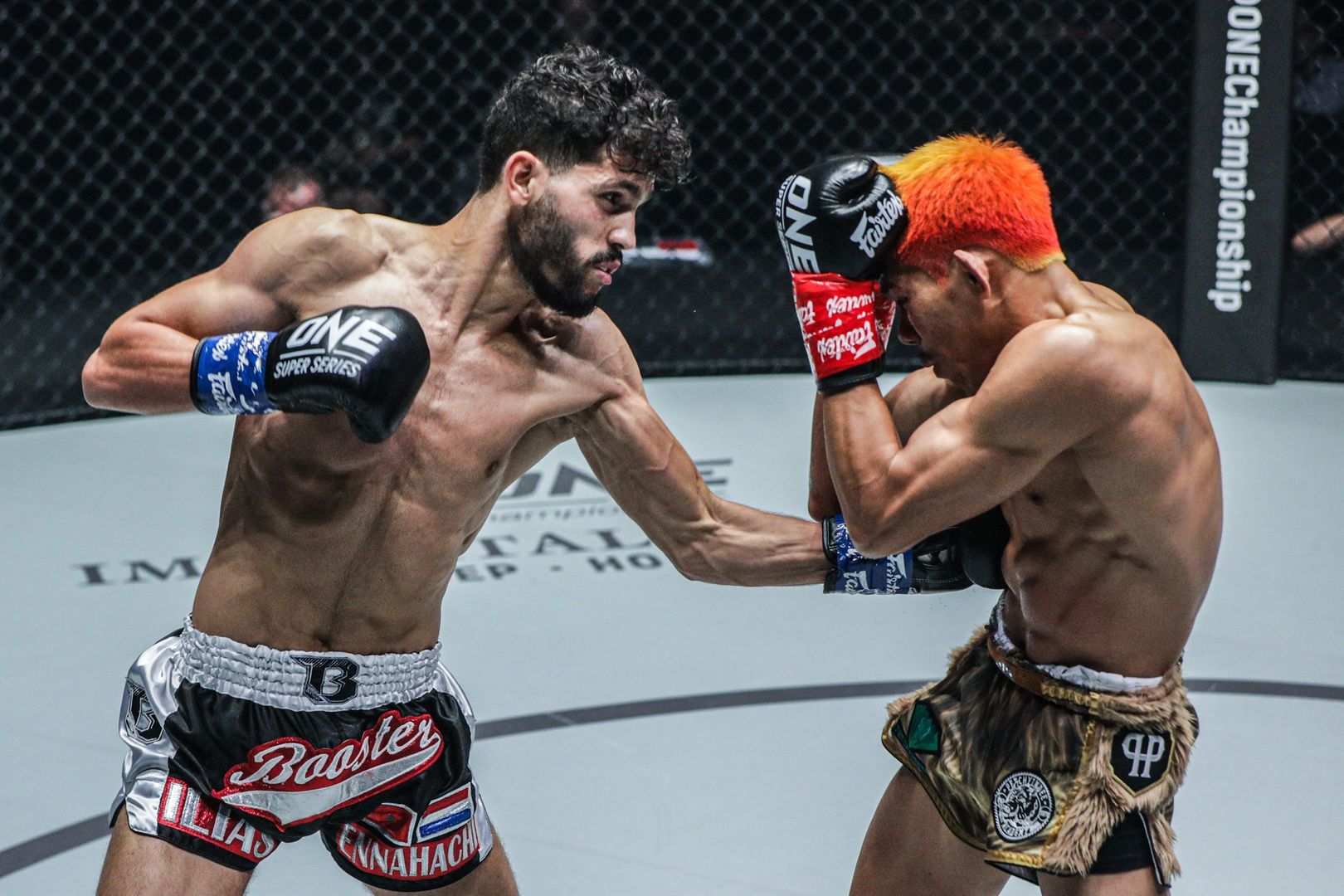 Ennahachi was effective with his kicks in the first round, but he began to dominate in the second stanza when he started to let go with his heavy hands.

He first scored with a powerful counter hook that stunned Petchdam before he started to march forward and unload with punches in bunches to the head and body. Those blows hurt his rival and disrupted his rhythm to the point that he was far less of a threat for the rest of the contest.

“I played my game, and did what I always do,” the SB Gym representative explains.

“My coach told me that I must box more [between rounds]. [That was a turning point] because you see he had no answer. From round three, I threw more punches in combinations.”

That approach was effective in the second stanza, but in the third, it was decisive.

As soon as “Tweety” connected cleanly with a punch, he swarmed all over Petchdam until he dropped onto the canvas. Though he beat the referee’s count, he was on wobbly legs, and a final salvo was enough to seal the victory.

The win gave Ennahachi his seventh, and most prestigious, World Title, as well as his 35th professional win, and marked him as the man to beat at flyweight.

At just 23 years old, he is looking forward to a long and successful future in the world’s largest martial arts organization, and he welcomed bouts against more of the elite contenders in his stacked division.

“I feel great and proud to be part of ONE Championship,” he adds.

“I am very happy that I can participate in this stage. I want to thank ONE very much that they gave me this opportunity. I hope in the future to put on even better fights. Now, I’m going to celebrate!”