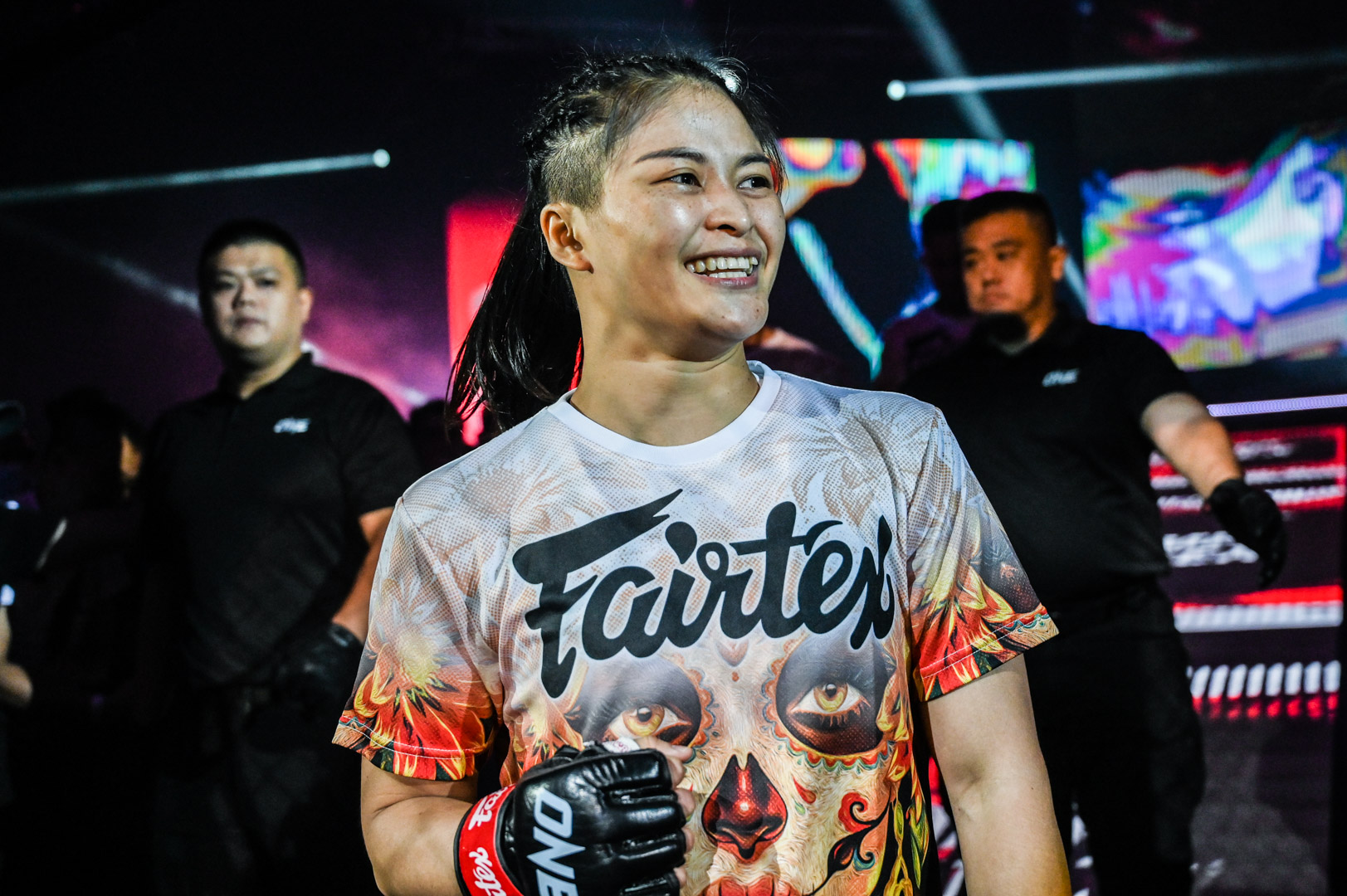 Stamp Fairtex can already call herself a martial arts pioneer, but she’s eager to continue breaking new ground in 2023.

As a former two-sport ONE World Champion, a ONE Women’s Atomweight World Grand Prix Champion, and now a trailblazing MMA star, the 25-year-old Thai has always led the way – and she can continue carving out her path at ONE Fight Night 6: Superbon vs. Allazov on Friday, January 13.

Stamp will take on kickboxing icon Anissa Meksen in ONE’s first-ever women’s mixed rules super-fight, and she can’t wait to kick off her year with a historic battle in front of a partisan crowd at the Impact Arena in Bangkok, Thailand.

“I’m going to start the year with a mixed rules super-fight. It will be a great opportunity to write a new page in my history book, to create my own legacy.”

Demetrious Johnson and Rodtang Jitmuangnon set the combat sports world alight when they took to the Circle for the first bout under this rule set at ONE X in March 2022 — an event that Stamp also participated in.

On that night, she got to see the intriguing spectacle firsthand, which upped her interest in trying the format out herself.

However, Stamp was still surprised when she was offered a shot at a mixed rules bout. Now, she can’t wait to push herself into new territory once again.

“The day I fought with Angela Lee was the same day Rodtang fought with Demetrious. Chatri [Sityodtong, ONE Chairman and CEO], came to talk with me, and I told him that I was willing to take part in this kind of special fight. What I asked for came true. This is a new challenge for me, and it will push me to the limit.

“[When I got the offer], I was practicing as usual at that time. [My manager] walked up to me and said, ‘You have to fight [Meksen] in MMA and Muay Thai rules.’ And I replied, ‘Really?’

“I was so excited because I know this will be one of the most important fights in my life. It will also bring me more followers.”

Stamp Fairtex’s mixed rules super-fight with Anissa Meksen may be the first of its kind in ONE’s female divisions, but there’s something else also motivating the Pattaya resident.

On that night, the ONE Women’s Atomweight World Grand Prix Champion will compete in front of her compatriots for the first time since August 2020 — a bit of a catch-22 in her eyes.

“It is a great challenge for me to see if I could take her down or submit her. Moreover, this event will happen in Thailand.

“I feel really pressured, but also very happy at the same time. I’m happy because I will fight in front of my family, teammates, and Thai fans. On the other hand, it’s a pressure on my shoulders because I have to fight with a very strong opponent.

“But I feel like this pressure is positive for me, because it makes me eager to win.”