There may have been more eye-catching knockouts at ONE: ENTER THE DRAGON, but in terms of a complete martial arts performance, it is hard to look past Regian “The Immortal” Eersel.

The 26-year-old became the inaugural ONE Lightweight Kickboxing World Champion thanks to a masterful display over five rounds against martial arts icon Nieky “The Natural” Holzken.

“It means a lot to me. It’s like a dream coming true. It’s special – I’m the first one to go into the history books, and I’m also the first Dutchman to win a ONE Championship World Title.”

Holzken came in as the more experienced athlete with more than 100 professional bouts under his belt and multiple World Titles, but his fellow countryman did not let that overawe him.

“The Natural” came out hard with his trademark spinning kicks and finely-tuned power punches, but Eersel quickly settled into a rhythm, and started to dictate the pace of the match.

He moved forward, used his long limbs to land punches, and unleashed his flying knees. “I think the first two minutes of the first round, I wanted to know what he was capable of – to feel his power. After that, it just went my way,” explains “The Immortal.”

“My feeling was that all the rounds went my way – maybe not the first round, but it surprised me that he did not do as much as I thought he would do.

“He does spinning back kicks and high kicks in every fight, but if you prepare for it, it doesn’t come as a surprise. He hurt me, of course, but it is not like it was enough to make me go down.”

The Sityodtong Amsterdam representative’s momentum was stopped for a moment when his rival landed an inadvertent low blow in the second stanza, but he was determined to maintain the pressure on Holzken.

After a few seconds to suck up the pain, he was back on the offense after less than a minute of injury time. 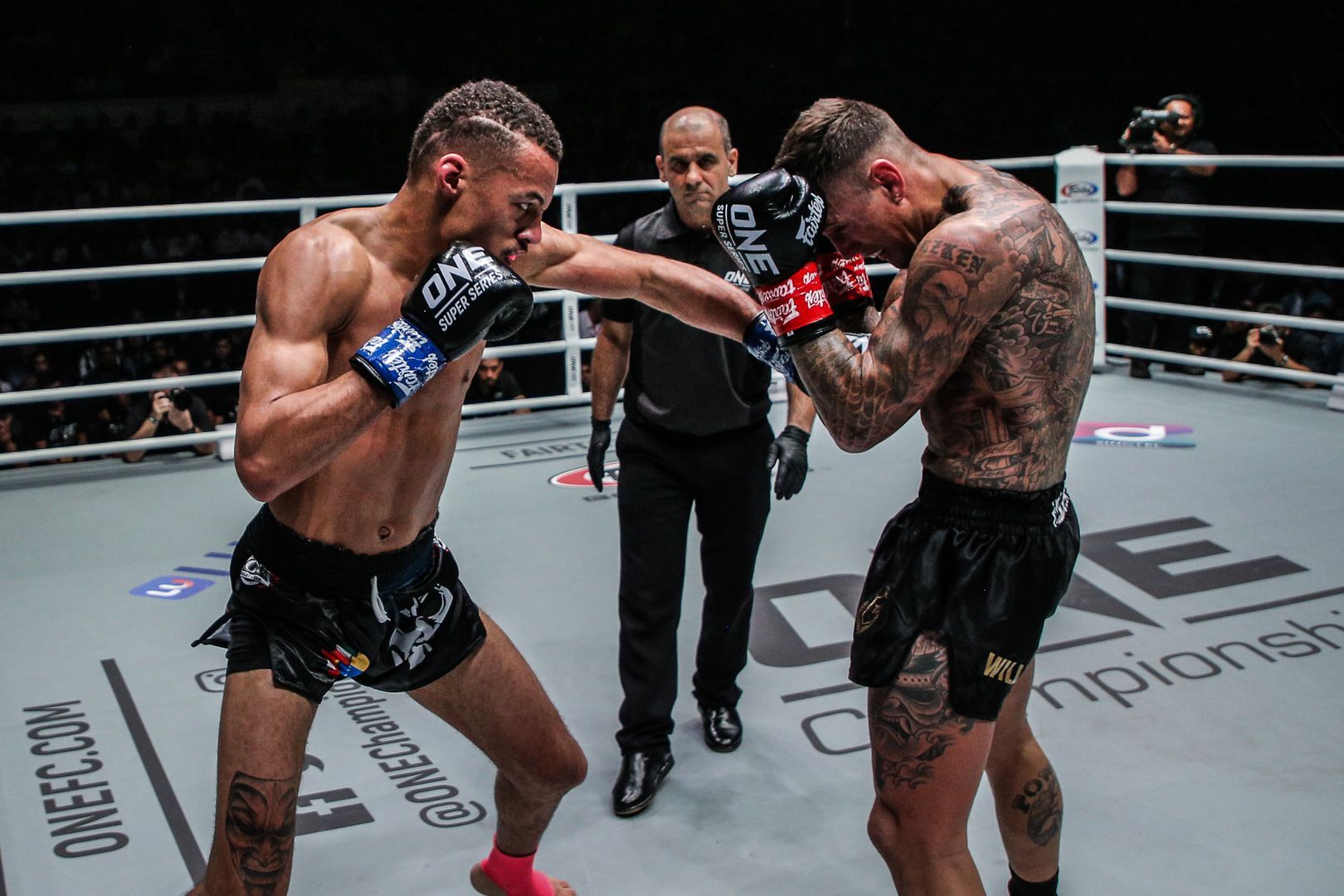 “The knee hit me in my bladder, and his shin touched my protector, which is why I went down,” he explains.

“I knew he was tired, so if I gave him too much recovery time, he would come back. I just thought – okay, let’s get it on, it’s not the first time I’ve been hit in the balls!”

Eersel continued to grow stronger through the third round, and then in the fourth, he hit the decisive strike of the contest.

A jumping knee landed directly on “The Natural’s” chin, and he fell to the canvas to face the referee’s count.

“I had the opportunity earlier, but he is a very experienced fighter. I saw that if he made the right movement with his head and stood still, I should hit him fully,” Eersel says.

“In the fourth round, he stood completely still, so I thought – why not? Just throw it. I did it, and he went down.” 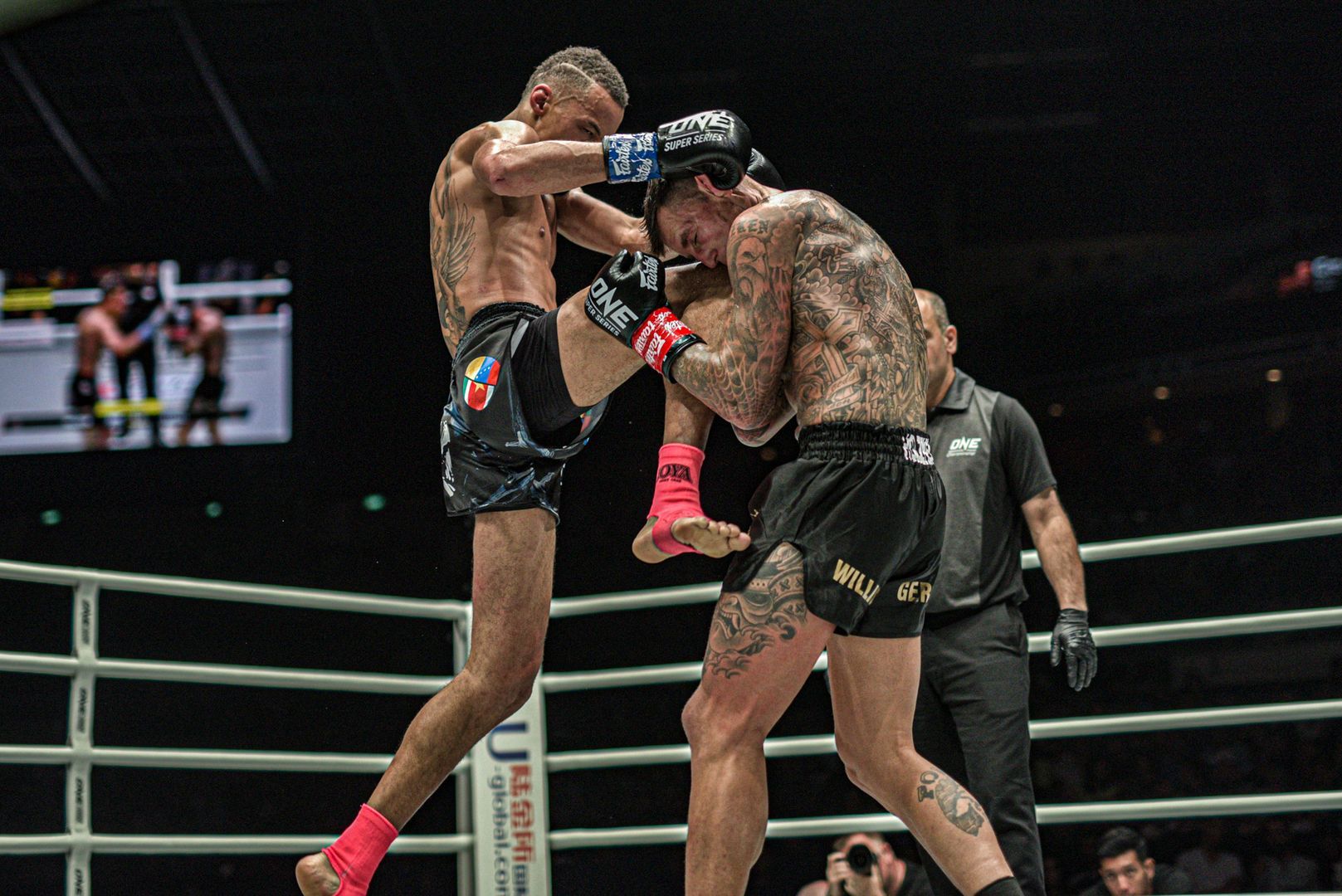 “The Immortal” pushed hard for the finish when his opponent was back on his feet, but he made it to the bell, and caught his breath in preparation to go all out in the final round, but Eersel was ready.

“He has more than 100 fights – twice as many as me. I knew, and he knew, that if he did not come back strong, he would lose the fight,” he says.

“I knew when I was getting a rest between the fourth and fifth round – okay, he’s coming. He hit me with a liver punch, and I swallowed it, but I had the will to not go down because I knew I would win the fight when the round was over.

“I would not say I ‘survived,’ but the last round was a tough round.”

The Dutchman took his compatriot’s best shots, but he came back with some of his own, too – particularly his sharp straight punches, which had been on point all night. 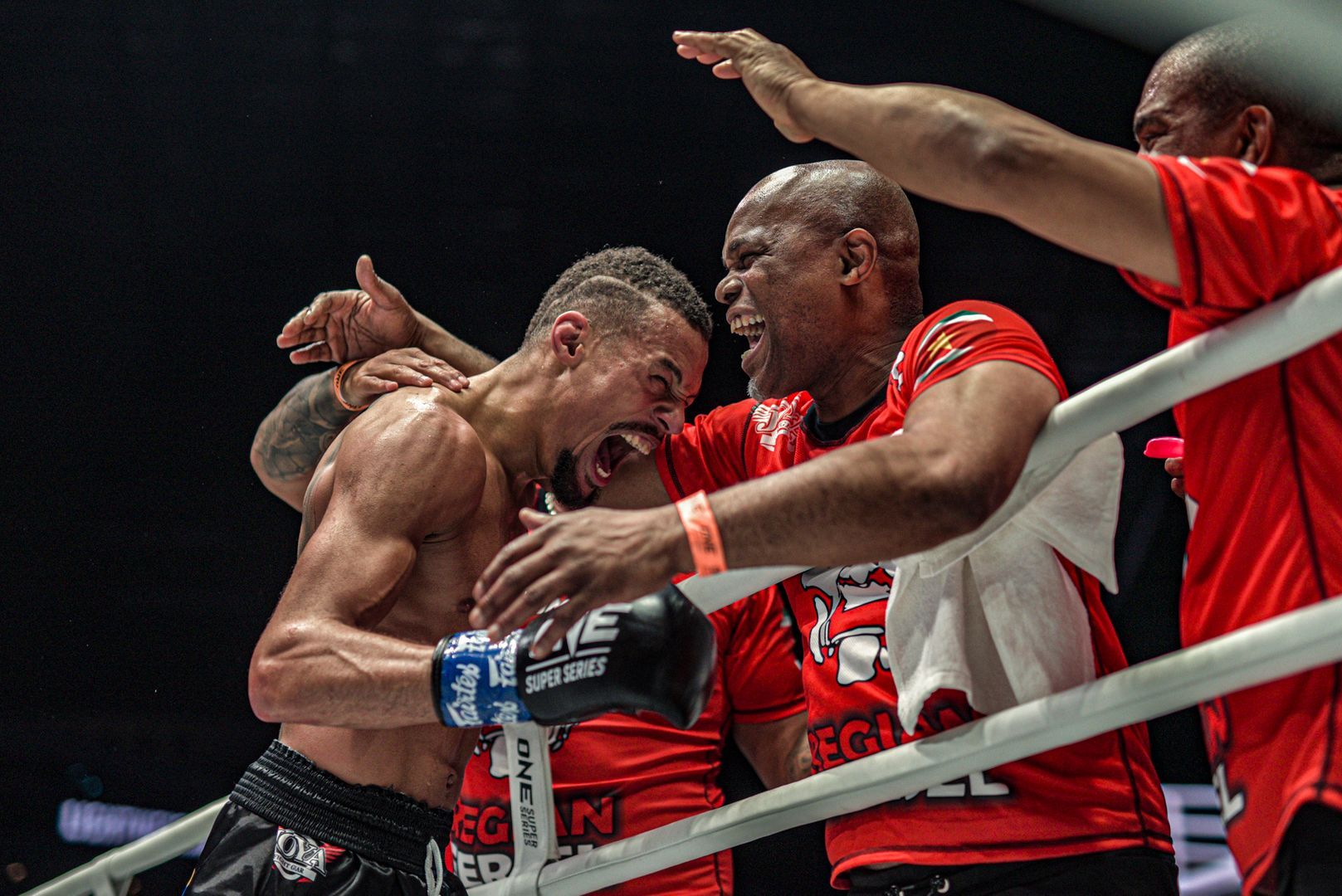 At the final bell, the body language of both men told the whole story, and Eersel, with his head held high, took the decision on all three of the judges’ cards, and the World Championship belt.

The man from Amsterdam says he poured his heart and soul into his preparation for this contest against the multi-time World Champion, so he hopes to take a short break from training to recharge.

However, once he is refreshed, he is excited to go anywhere, at any time, and against anyone to defend his World Title.

“I’m a fighter and I like to fight. It doesn’t matter where and against who – I’m there, and I’m going to put on a great show,” he says.

“I’m not a fighter who will say, ‘I want to fight him or him.’ Just give me a fight, and I’ll fight.

“I think I’ll take a little rest now because it was a tough preparation for this fight, but maybe September or October, I will fight again.”