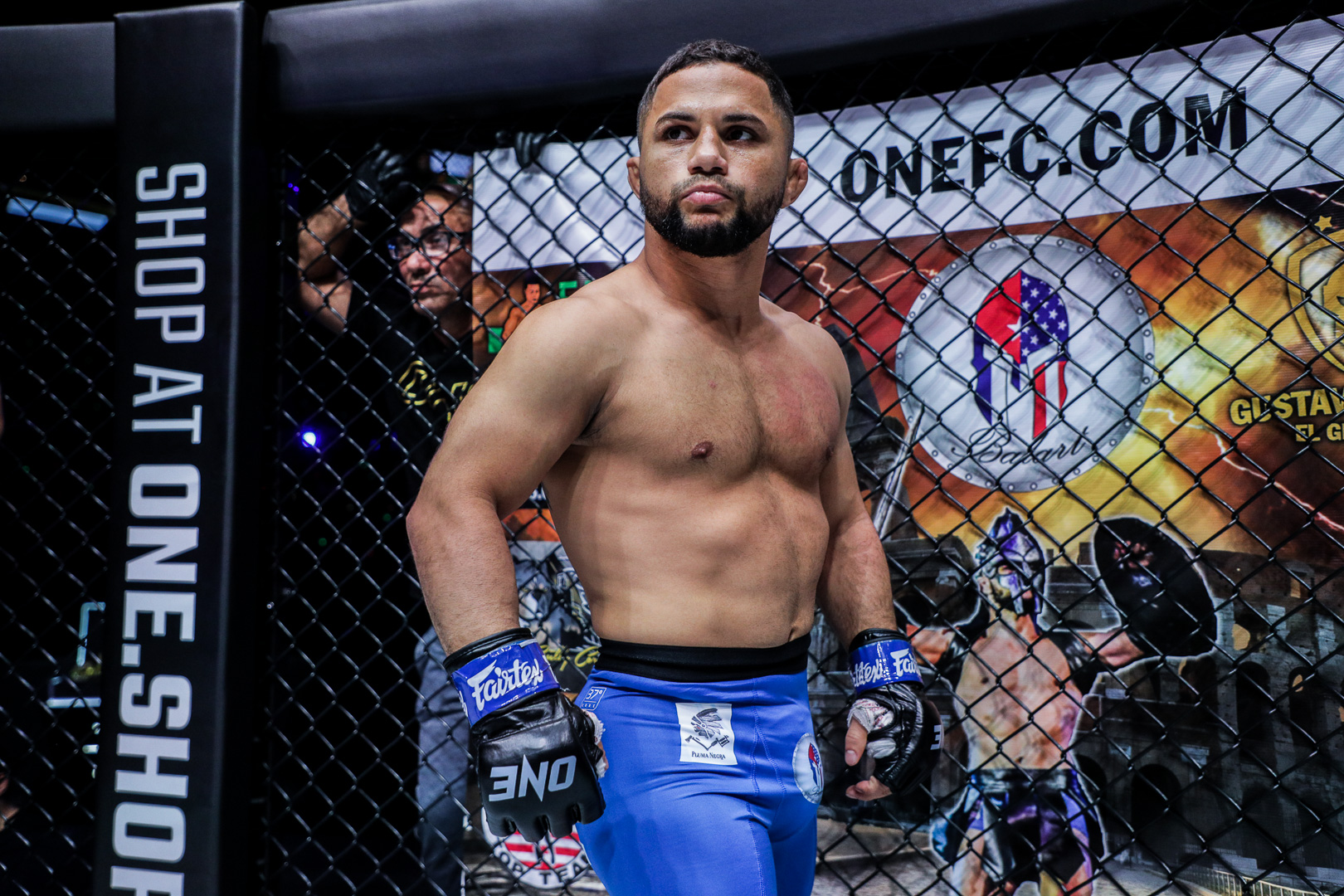 The Cuban rising star dominated former strawweight king Yosuke “The Ninja” Saruta at ONE 156: Eersel vs. Sadikovic last month, and he believes that performance should propel him to a World Title shot.

Most fans expected a ground battle between Balart and Saruta, but the former Olympic wrestler relied on his striking artillery to earn the unanimous decision victory.

Every time the Japanese athlete attempted to close the gap, “El Gladiador” ensured that his kicks, boxing combinations, and takedown defense would cause problems.

That surprising strategy earned him a unanimous decision victory and proved that he can adapt his game to different opponents.

“I went into this fight focused, I studied [Saruta], found his gaps, and focused my fight on boxing as we are both [grapplers], so there was no need to test our strengths in that aspect.

“That’s what gave me the win. I punched him hard several times and showed my boxing game. I didn’t want to pressure myself into knocking him out because for me, the most important thing at the end of the night was to win in any way possible.”

With his impressive effort against Saruta, Balart defeated a top-five contender for the first time and crashed the official rankings as a result.

The Cuban now owns the #4 spot in the division, which puts him within shouting distance of a ONE Strawweight World Title challenge.

He knows that reigning king Joshua “The Passion” Pacio and #1 contender Jarred “The Monkey God” Brooks are already set for the next World Championship showdown, but he wants to face the winner in the near future.

“Now I’m #4 in the division, which should give me the chance to fight for the title. There is no doubt, my next fight should be for the strawweight title. This is the only thing I’m focusing on, and I’m confident I will make it.

“I don’t care about a name or who has the World Title. I only care about that belt, and whoever has it, has to be my next opponent. I hope it’s soon.”

Gustavo Balart has fought valiantly throughout his time in ONE Championship, and he’s now joined the strawweight elite with back-to-back wins over tough foes.

Like other contenders, the 4-foot-11 juggernaut dreams of becoming an MMA World Champion on the global stage of martial arts, but he’s also driven by other factors.

The 35-year-old has made huge sacrifices to achieve his goals, leaving his wife and daughters behind in Cuba to pursue a better life for the family.

“El Gladiador” is determined to keep pushing forward until he reaches the pinnacle, and he can also make history for Latin America by wrapping the ONE Strawweight World Title belt around his waist.

“For all my Latinos, for all the people who follow me, keep in mind that Gustavo Balart will be the champion of ONE Championship.

“I want to tell my people that I am not going to let them down, and I will be the first Latin Champion in ONE Championship.”