The world’s greatest kickboxer, Giorgio “The Doctor” Petrosyan (97-2-2, 1 NC), returns to ONE Championship as part of a groundbreaking card in Singapore.

He will make his second appearance in The Home Of Martial Arts on Friday, 9 November, to take on Thailand’s Sorgraw Petchyindee Academy (36-17) at ONE: HEART OF THE LION.

As one of the first athletes to join ONE Super Series, the legendary Armenian-Italian made headlines around the martial arts world, and he lived up to the hype in his debut in April with his defeat of “Smokin'” Jo Nattawut in a three-round thriller at ONE: HEROES OF HONOR in Manila, Philippines.

Petrosyan was delighted with every aspect of his first appearance in The Home Of Martial Arts.

“How they treat the fighters, how they look after their weight, and the care that ONE has for the athletes is really unique. It makes us feel happy and safe.”

The 32-year-old from Milan has traveled the world and featured in the biggest kickboxing promotions for the past 15 years, but he was still amazed at what awaited him in Asia.

“Other organizations like K-1 and Glory have been really good, but ONE is another level – another planet,” he continues.

Surgical precision from "The Doctor" of striking, Giorgio Petrosyan!

Surgical precision from "The Doctor" of striking, Giorgio Petrosyan!Download the ONE Super App now ???? http://bit.ly/ONESuperApp

Petrosyan’s first outing was a successful one, with an aggressive yet clinical performance, typical of the man dubbed “The Doctor.” It came against an elite opponent in Nattawut, which made it even more impressive.

The blend of technique and power made for gripping viewing, and his assignment in Singapore promises more of the same. He will face another Muay Thai stylist in Sorgraw, who is a Lumpinee Stadium and WMC World Champion.

When the two highly-decorated athletes meet in a 71-kilogram catch weight contest, we will see another intriguing clash of styles. Petrosyan admits that Sorgraw brings many problems, but “The Doctor” believes he will be able to diagnose them early.

“I know it will be a tough fight. He’s really strong with his kicks,” the Armenian-Italian says.

“I noticed he doesn’t like to exchange punches much. It will be in a cage too, so that’s exciting for me to try.

“Of course, I start with a game plan, which I cannot reveal now, but then I will change things particular to him, analyze it, and surprise him. I will just decide on my strategy moment by moment, round by round.” 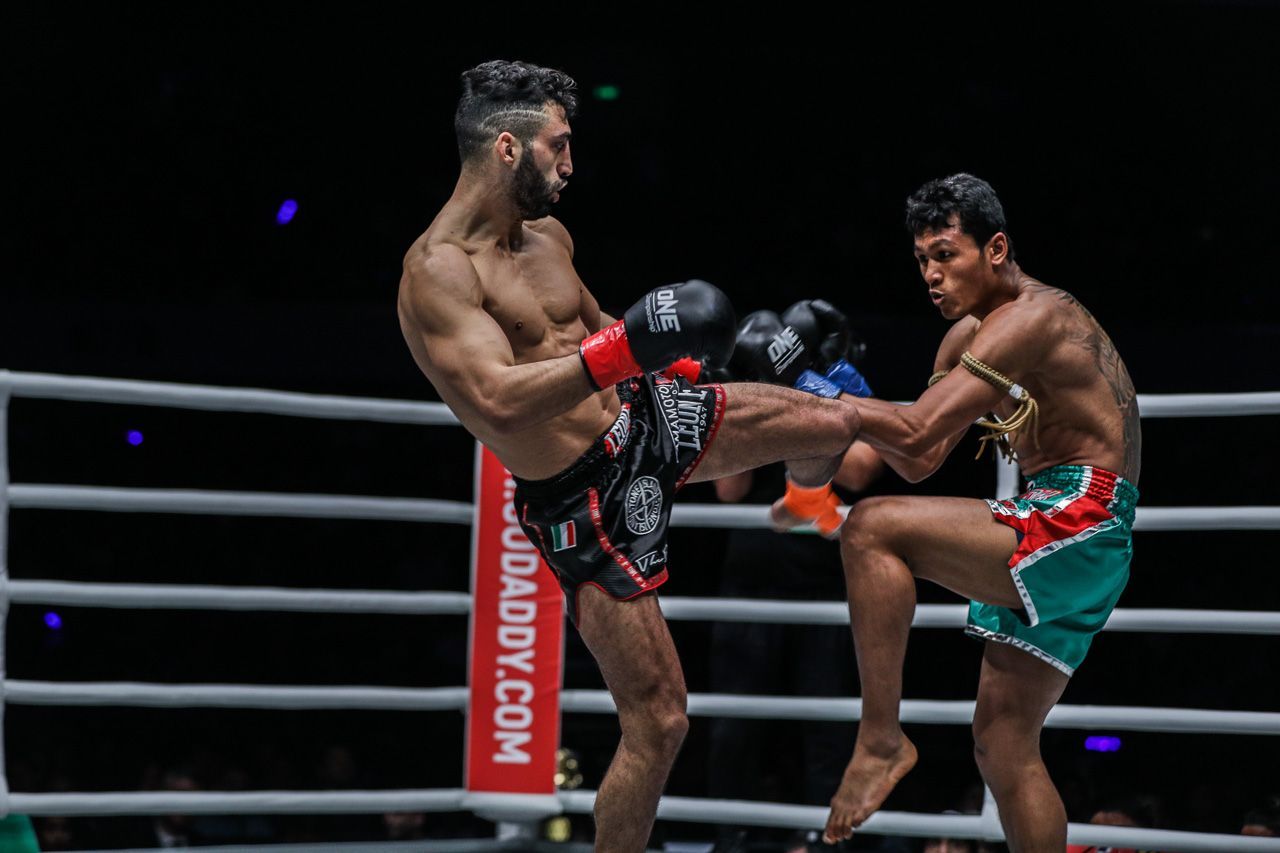 This match-up will be a new experience for Petrosyan, as it will be the first time he competes in a cage. However, he expects to take this in his stride, like every other aspect of his occasion.

His cerebral approach to combat has always been his biggest asset, and no matter the dynamic of the bout, he expects to stay one step ahead of Sorgraw en route to a crowd-pleasing victory inside the Singapore Indoor Stadium.

“It is my first time in the cage under kickboxing rules,” he says. “I know it will be exciting for the fans, and even for me.”