In just over three years, Garry “The Lion Killer” Tonon has gone from mixed martial arts debutant to one of the featherweight division’s top contenders.

The American made his first MMA appearance back in March 2018 after a highly decorated career in both Brazilian Jiu-Jitsu and submission grappling, and his next battle could come against titleholder Thanh Le for the ONE Featherweight World Championship.

For some, #3-ranked Tonon is a surprise pick to face the reigning king given that he’s competed in just six professional MMA bouts – albeit a perfect 6-0.

But while “The Lion Killer” knows there are more seasoned campaigners out there, he believes he’d present a unique threat to Le after his time racking up accolades on the grappling mats.

“I would assume that anybody being very critical, the only picture that they’re looking at is the six fights that I’ve had,” Tonon says.

“But I think that I bring a little bit more to the table than that. I’m coming in with a reputation as one of the best in a particular martial art. It would be one thing if I didn’t have a winning record or something, but I’m undefeated. I think it definitely calls for a little bit of a faster escalation.” 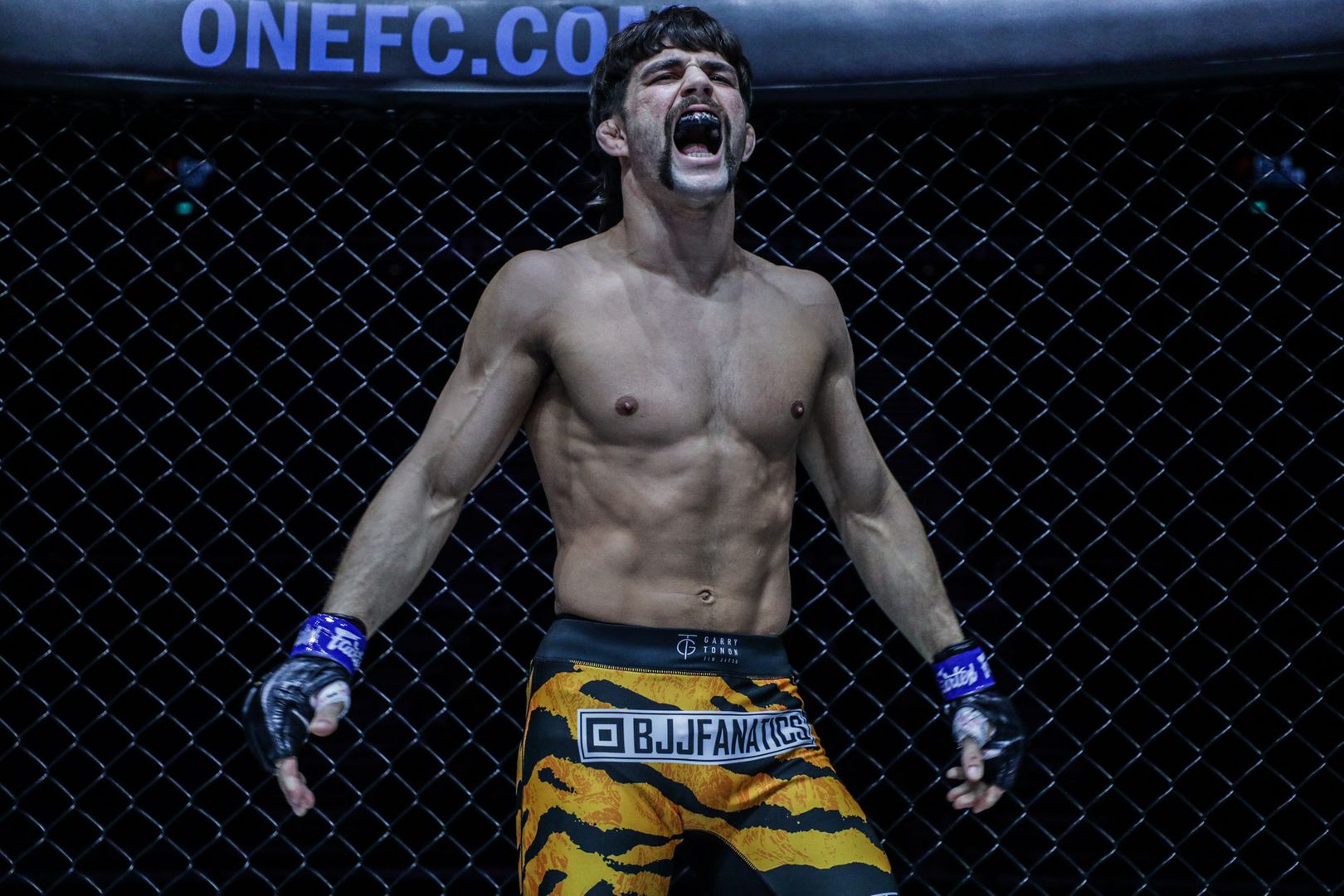 The Danaher Death Squad man also believes a matchup between himself and Le would freshen up the featherweight picture, as many of the other top-ranked contenders recently lost in their quest for the gold.

“When you look at the different contenders for the division, I would say the only other fight that I think makes sense would have been like maybe to redo Thanh and Martin [Nguyen],” Tonon says.

“The rest of the fights that would take place would be basically guys that had already fought for the title and lost, right?

“But also, we’re in a professional organization here where I think people like to see something different and new matchups. It’s like, these guys have all challenged for the title a bunch of times, I’m a new rising star, why not give me a shot?”

Though “The Lion Killer’s” all-around game is quickly filling out in all ranges, there’s been no challenger for the featherweight gold with the kind of ground acumen that he brings to the table.

“This is a classic clash between a striker and a grappler as well,” Tonon says. “Two guys that are pretty elite at both of those things, so I think it makes for a promotionally exciting fight as well.”

Like Le, Tonon respects his rival’s skill set and does not see an easy route to victory. The Vietnamese-American titleholder has earned finishes in all 12 of his victories, with 11 of those coming by way of knockout.

That is reason enough for “The Lion Killer” to be wary, but the World Champion’s concussive power would not be the only tricky element to overcome.

“I definitely think he’s a very accomplished striker. He does a good job of getting people out of there via knockouts in multiple different ways,” Tonon says.

“Another big issue is if I want to grapple, closing the distance is a really important thing. It becomes even more important with a guy like Thanh Le, specifically because of the type of in-and-out karate style that he tends to use in his fighting.

“This karate style is very, very challenging. It’s something that I’ve got to look out for, I’ve got to pay attention to, and I’ve got to learn very precise timing to some of that stuff.”

Still, Tonon does believe there is a route to victory over the 50/50 and MidCity MMA representative. With such a high-level attack waiting to be unlocked on the ground, he would work diligently to reach his ceiling. 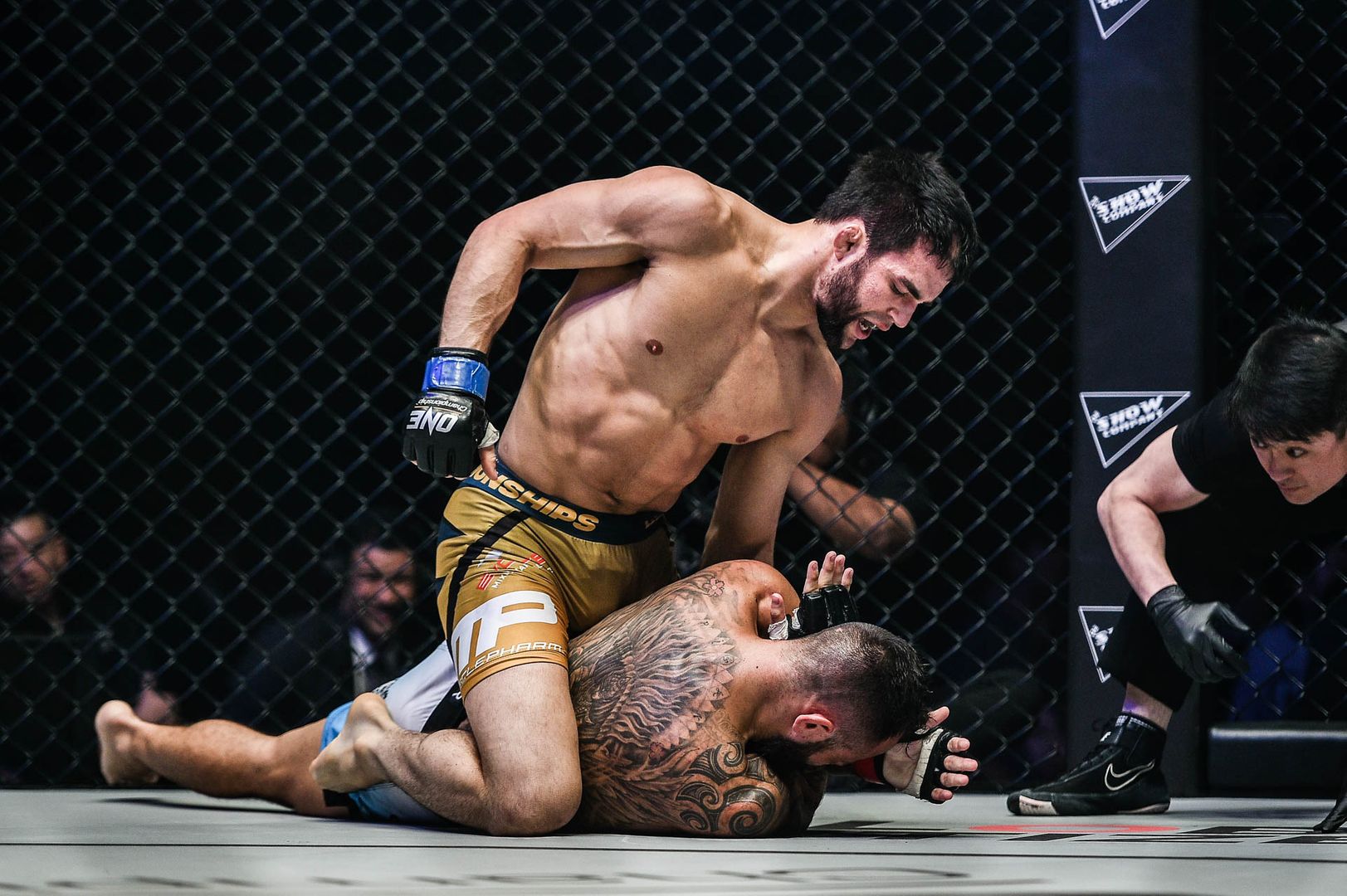 Whether either man can make their game plan work seamlessly or not, “The Lion Killer” knows that the struggle for dominance would result in some thrilling exchanges for as long as the bout lasts.

“I think he’s well aware that the longer period of time that this contest takes place, probably the more dangerous I’ll become over time. So, he probably wants to hurt me badly and early,” Tonon states.

“I obviously recognize that danger and say to myself, ‘Man, that’s a pretty big issue that I’m dealing with here, somebody who’s a real knockout artist and is really sharp on the feet. I got to be really rushed to try to submit this guy.’

“These are both people that are going to be looking to finish this fight. And anytime you have a contest like that, it’s probably going to be exciting.

“As far as what I think about winning — first, second round maybe we manage to get a submission. I just think that he doesn’t quite have the grappling skills to hang on the ground for too long without getting submitted by something. But we’ll see. Maybe he’ll prove me wrong.” 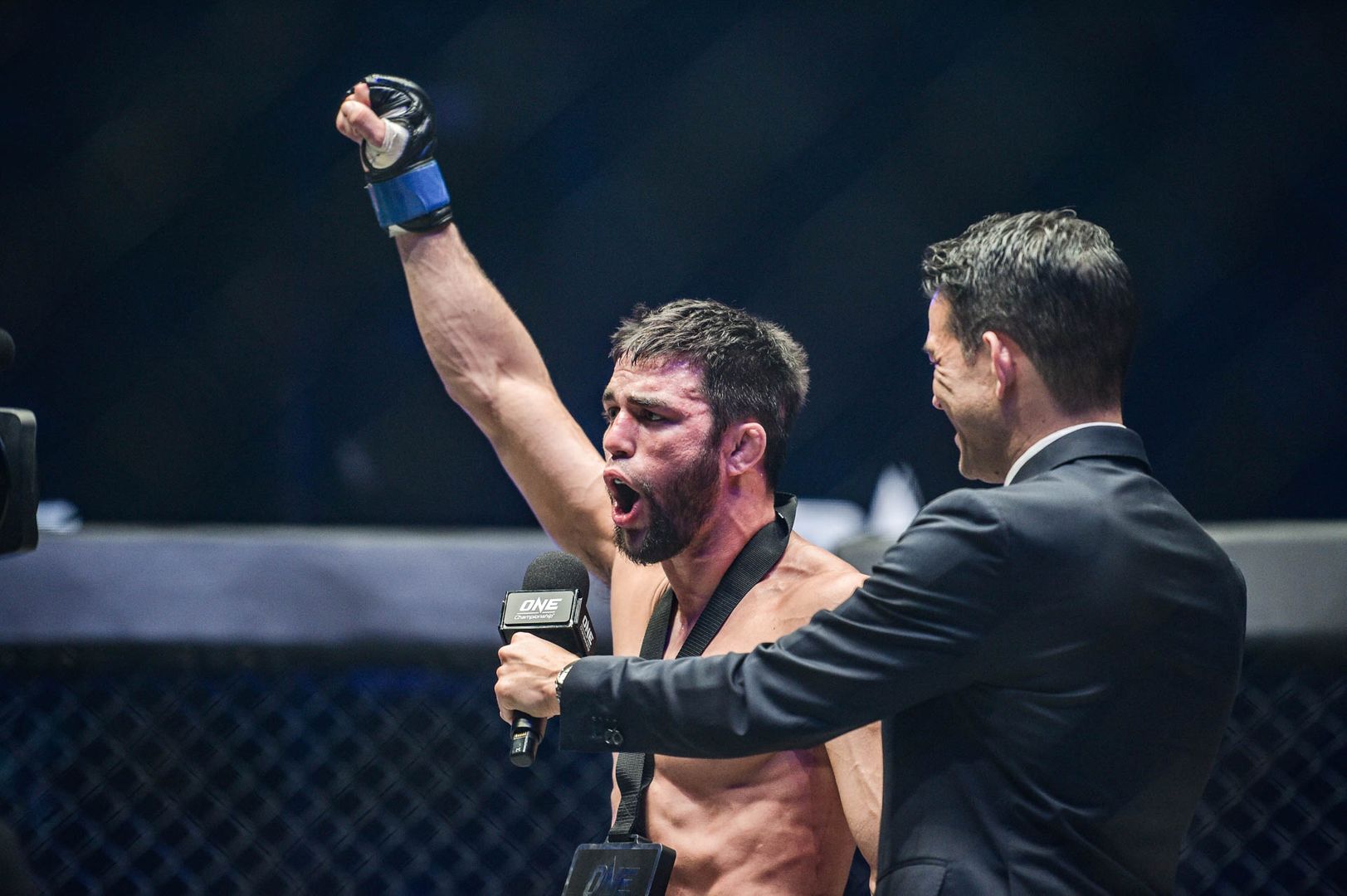 “The Lion Killer’s” final say on the matter is a callout to both his supporters and any detractors. In his mind, there’s no way this potential battle for the ONE Featherweight World Title would be anything other than epic due to the all-action styles of both men.

If you’re with him, make yourself heard. If you’re not, tune in and let his fighting convert you.

“I think [this contest] is pretty special, especially because of my meteoric rise to title contention,” Tonon adds.

“You’d have the very rare opportunity to watch two people who are incredibly exciting and incredibly dangerous fighting one another. To get to witness something like that, I think for many people, it’s going to be a once-in-a-lifetime kind of thing.

“Everybody that wants to say I don’t deserve the title shot, well, let’s find out.”