Eric “The Natural” Kelly wants to remind the world he can still shake things up in the ONE Championship featherweight division.

It has been almost a year since the Filipino veteran’s last bout, but he has a big chance to launch himself back into the mix if he can get his hand raised in his homeland at ONE: ROOTS OF HONOR.

The 36-year-old will star in the featured prelim contest next Friday, 12 April at the Mall Of Asia Arena in Manila, Philippines when he faces rising South Korean superstar “Pretty Boy” Kwon Won Il. “I’m really happy to be back because this is what I really want to do,” Kelly says.

“I feel like it is an important match for me because it may have my combat career on the line.”

“The Natural” will face off against one of The Home Of Martial Arts’ most exciting young talents, who will appear in his third bout in the organization in as many months.

He made an explosive impact in his first match on the global stage by finishing Anthony Engelen in 67 seconds in a featherweight contest, before he switched to the bantamweight division to challenge Masakazu Imanari.

Kelly has not had much time to prepare for the 23-year-old, but he has practiced martial for almost as many years as Kwon has been alive, so he believes he will have all the tools to capitalize when they compete. 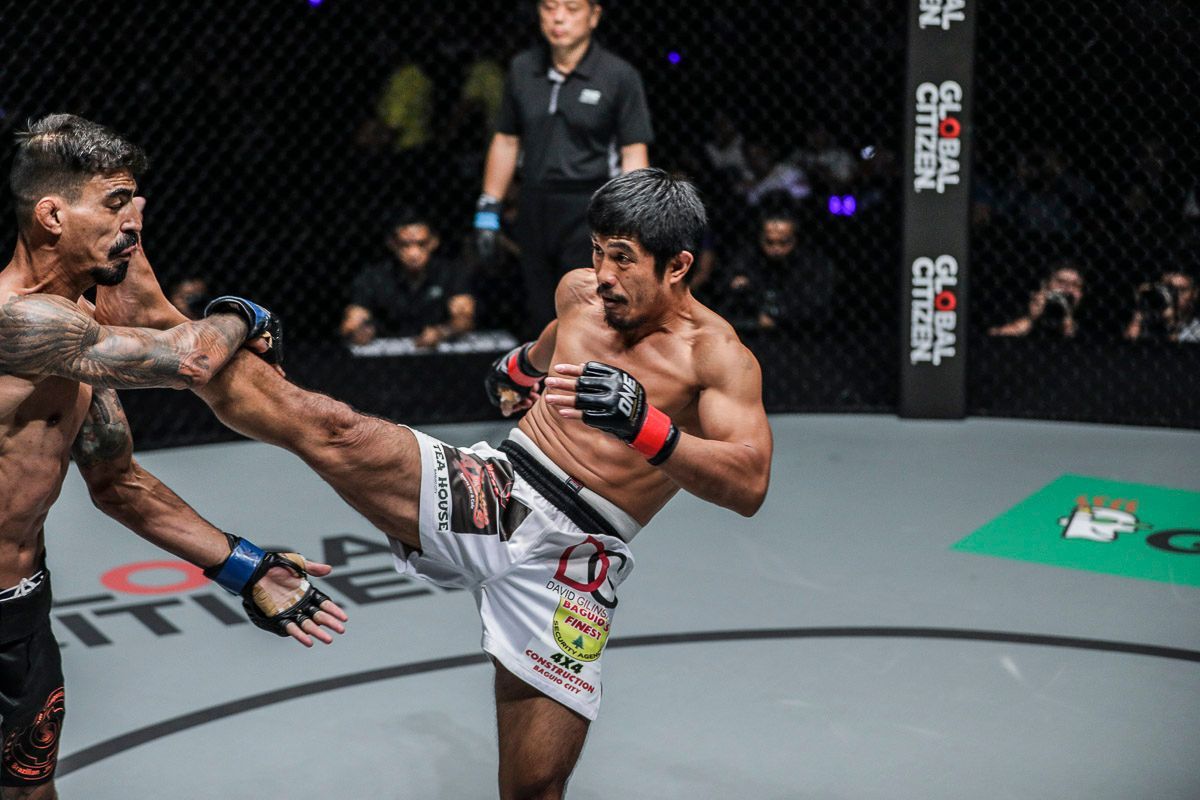 “Honestly, I think I will head over to the match prepared to the best of my abilities, and I should be prepared against whatever kind of fighter he will be when he steps up in the cage,” Kelly said.

“As a fighter, I understand that [later replacements] happen, and I must be prepared for any situation.

“I think my age, having gone through the experiences that I have in life, will be a strong driving force in equipping me with the strength to overcome this latest challenge.

“Having been a martial artist for almost 20 years, I have a wealth of knowledge in the cage that I can use to my advantage.”

The proud Igorot warrior adds that he has made more of an effort to become a student of the game and absorb knowledge to prepare for his comeback.

He has spent the past year traveling far and wide to train with top-class athletes – form Rene “The Challenger” Catalan’s Catalan Fighting Systems in the Philippines, to Team Nogueira Dubai in the United Arab Emirates.

Furthermore, he says a change in mindset may be the most important stimulus for success in Manila. “I’m preparing well, doing my usual routines, but I added more focus in training. I feel like I have more focus now as a fighter,” he says.

“I came to a realization that martial arts is my life right now, and that if I can’t help myself, I would not succeed.”

Despite his long absence from competition, Kelly remains confident in his abilities, and he is fired up to return to the win column on 12 April.

“I pride myself with being a natural martial artist, and I think that’s why I stay confident,” he says.

“I’m still here. You’ll see an even better Eric Kelly than you’ve seen before when I step back in the cage.”