Egi Rozten ended a promising first year in ONE Championship on 17 November with a superb knockout victory over Eddey “The Clown” Kalai at ONE: WARRIOR’S DREAM.

That success gave the 30-year-old back-to-back wins in The Home Of Martial Arts after he avenged his debut defeat to Riski “King Kong” Umar in January with a TKO victory in their September rematch.

Now on a two-bout winning streak, the Indonesian athlete is looking to build on his momentum in 2019.

Egi Rozten sends the home crowd into a frenzy with a stunning knockout of Eddey Kalai at 3:15 of Round 1!

Egi Rozten sends the home crowd into a frenzy with a stunning knockout of Eddey Kalai at 3:15 of Round 1!Watch the full event LIVE & FREE on the ONE Super App ????http://bit.ly/ONESuperApp | TV: Check local listings for global broadcast

Looking back on his latest triumph, Rozten says he had to work hard to deal with his opponent’s unexpected takedown attempts and create the space he needed to land the decisive strike.

“I anticipated an exchange of blows, but I was surprised that he wanted to bring the fight to the ground and launched multiple takedown attempts,” he says.

“I tried my best to defend, and eventually managed to stand on my feet again.

“He didn’t give me a space to land a strike, but when I had the chance, I made sure it was powerful enough.”

Spying his opportunity, Rozten unleashed a fastball overhand right that connected flush on Kalai’s left temple and sent him to the canvas. Referee Yuji Shimada was forced to halt the contest instantly.

It was the perfect example of a one-punch knockout – and one that gave the IndoGym representative the biggest win of his career to date. 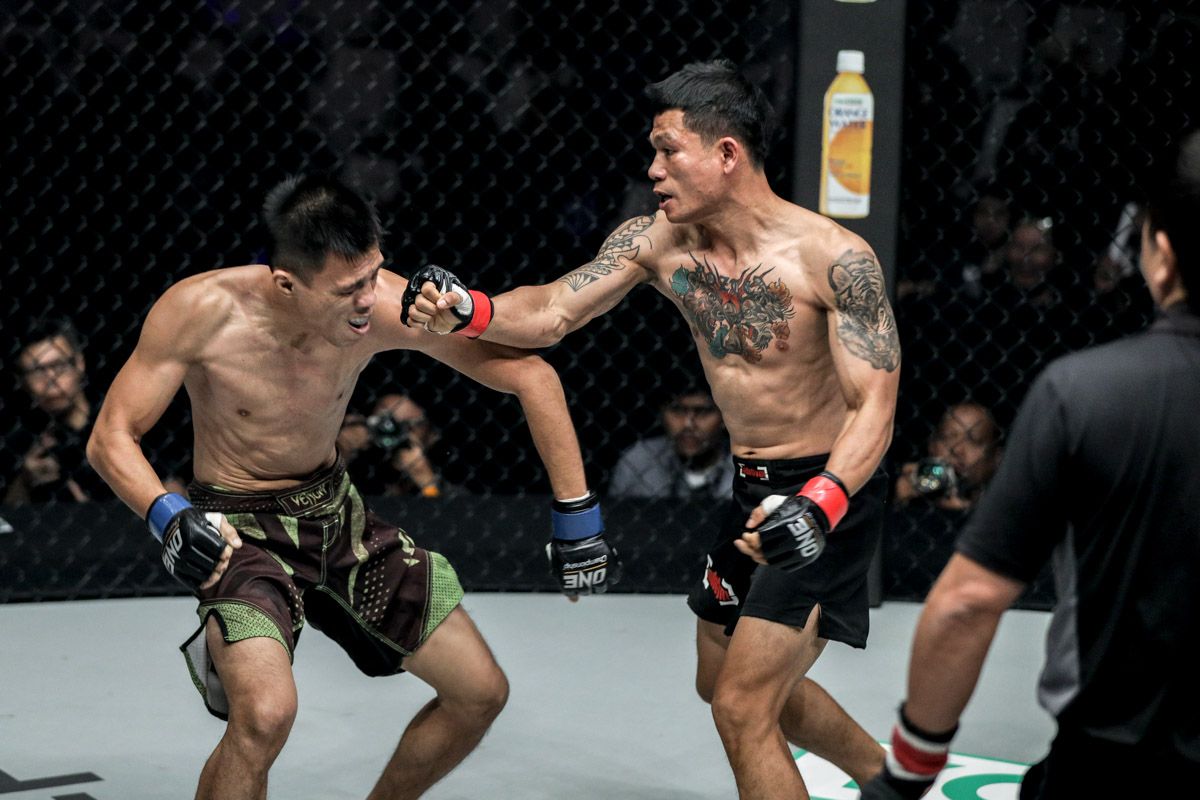 “My punch was powerful due to the perfect timing,” he says.

“He was about to launch an attack, so he wasn’t prepared for that.”

Rozten’s growing popularity through his ONE Championship appearances has seen him become an in-demand martial arts trainer in Indonesia – attracting clients including celebrities and government officials.

The strawweight contender says he is grateful for all of the help he has received, both inside and outside the gym, that has helped him to succeed in the cage and raise his profile.

“I’d like to attribute my accomplishments to all people that have supported me,” he adds.

“I know that every time I enter the cage, there are always people chanting my name, including those who make a long trip from Karawang.” 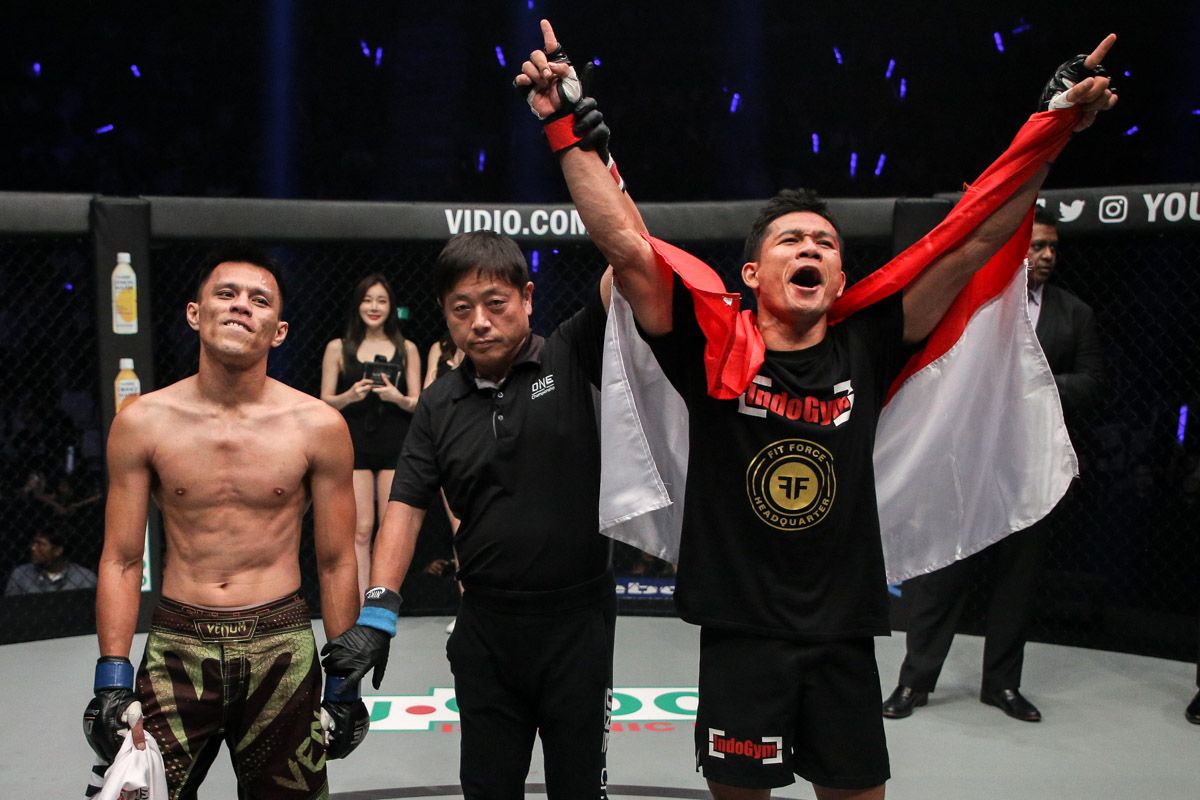 Now established as a rising star on the ONE roster, Rozten says he wants to become a hero to young people back home in Indonesia.

He has started along that path after being invited to lecture students at university campuses across Jakarta about his rise to prominence.

In the long term, he hopes to one day push himself all the way to a World Championship.

“I want to make as many achievements at ONE Championship as possible, and I want to leave a legacy for young Indonesians [who] aspire to become fighters,” he adds.

“I’m grateful to be able to close 2018 with a victory, and I’m excited to compete as often as possible next year in my quest to eventually become a contender for a ONE World Title.”

Rozten admits he has some way to go before he reaches that level, but that hasn’t stopped him from trying to get his hands on the gold.

“I met [ONE Strawweight World Champion] Joshua Pacio in Jakarta, and asked him to allow me to hold his title belt,” he laughs. 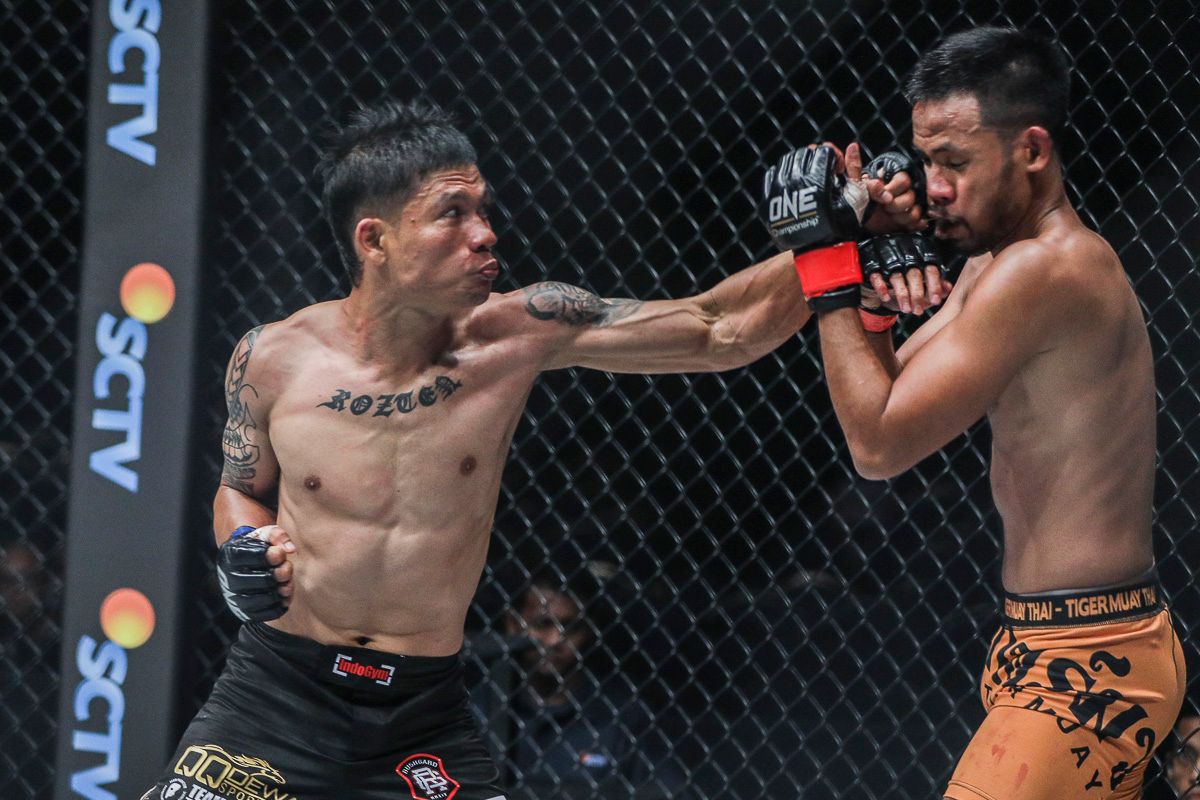 He recognizes there is a strong field of strawweight contenders – including some of his fellow Indonesians – to negotiate his way through before he can earn a shot at that belt.

The Bandung native has looked at the strengths of his compatriots as part of his plan to further develop and begin next year by continuing his winning form.

“Stefer is a BJJ specialist, and I am now pushing myself to do better in ground fights [too]. I am always eager to learn.”

That eagerness to improve, coupled with his already-proven ability to end contests with one well-timed right hand, will stand Rozten in good stead as he continues on his quest in 2019.