An epic rematch between two proven finishers will see the renewal of one of the biggest rivalries in ONE Championship.

On 19 January, Edward “The Ferocious” Kelly will meet Christian “The Warrior” Lee at ONE: ETERNAL GLORY as Team Lakay takes on Evolve once again.

The match will take place at the Istora Senayan in Jakarta, Indonesia as part of The Home Of Martial Arts’ first live event of 2019.

Will Edward Kelly author another "Ferocious" KO against Christian Lee?

Posted by ONE Championship on Sunday, December 30, 2018

Kelly and Lee’s first meeting at ONE: BEYOND THE HORIZON came to an abrupt end when “The Ferocious” could not continue after an accidental foul.

That meant Kelly was awarded the win, but he was not satisfied with having his hand raised in that way, and he is determined to prove he can achieve victory the old-fashioned way – with a knockout, a submission or a dominant decision.

Although the match was short, the Filipino warrior was able to get a better understanding of his opponent in the ring last September, which he believes will help him triumph this time around.

“In our first match-up, I learned that he’s overly aggressive, so that’s what I’m preparing for,” the 34-year-old wushu striker reveals.

Lee’s aggression, Brazilian Jiu-Jitsu black belt skills, and ever-improving stand-up ability have helped him to achieve the record for the most stoppages in the promotion – a record he shares with his teammate, Amir Khan.

Kelly was caught out by his rival’s offensive blitz the first time they met, so he knows how dangerous he can be. However, “The Ferocious” says he has worked on a few things to protect himself and turn the tables on his young opponent.

Blast from the past: Edward Kelly's "FEROCIOUS" 2016 knockout of Vincent Latoel! ????

“He’s explosive, and he’s good on the ground – a submission artist,” he says.

“I’ll try my best not to get trapped in those submissions. I think his aggressiveness could also be his downfall.

“I added some additional skills and escapes – let’s see how effective it will be in the match.”

“The Ferocious” earned his nickname through his vaunted striking game, and also has a 100 percent finishing rate inside the ONE cage.

With that in mind, he stresses his approach will not be all defensive. He has the tools needed to claim the victory, and combating “The Warrior’s” fire with fire could be his best route to a famous win.

“We know that Lee is aggressive and he likes to finish people, but against me, he won’t be able to get that easily,” he says. “Of course, I’m going for the win as well.”

From the archives: Edward Kelly's epic RNC that capped off an incredible comeback victory!

Kelly’s work in the gym has got him into better physical condition for this rematch, and he is also better prepared mentally, too.

While Team Lakay held the edge in their gyms’ head-to-head rivalry, even back when they first met, Kelly still came in feeling like the underdog against one of the top contenders in his division.

However, since that time, Team Lakay has been on a roll. Its athletes added three World Titles to the gym to bring its total to four in 2018. That gives Kelly confidence, but he knows he cannot get by on the reputation of his teammates – he will have to be at his best to prevail in Jakarta.

“The pressure is on us, but we need to stay focused,” Kelly adds.

“Even if we’re on the top right now, it won’t stay that way if it’s only on our minds. We need to give our all in every match, to show our true strength and how hard we trained.” 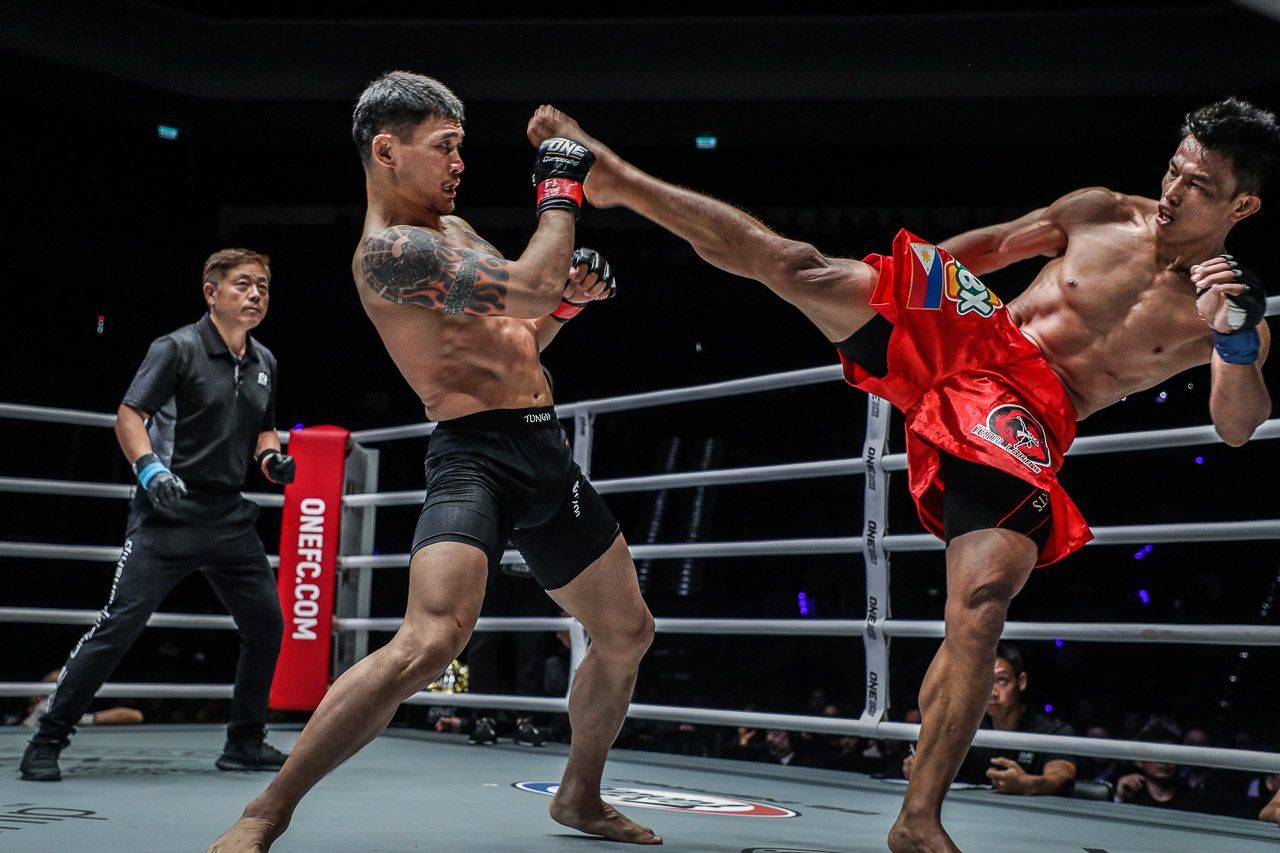 If he can add Lee – a former ONE Featherweight World Title challenger – to the win column of his impressive record, there is a good chance an opportunity to compete for the belt, currently held by Martin “The Situ-Asian” Nguyen, could be in Kelly’s future.

The veteran competitor is not getting ahead of himself, but confirms that is his goal, and he will do everything in his power to make that happen in 2019.

“I think I need at least another win before I get that World Title shot,” he admits.

“However, if I would be blessed with a World Title bout already, then I would be grateful.”