The COVID-19 pandemic meant 2020 was tough on everybody, but for Lito “Thunder Kid” Adiwang, things came crashing down at the end of the turbulent year.

First, the Filipino mixed martial arts star managed to battle through a fight camp while spending as much time as possible with his ailing mother, Leticia, only to suffer his first ONE defeat in November.

Then, on 30 December – just two days before the stormy year ended – Leticia succumbed to her longtime illness.

The 27-year-old needed time to grieve for his mother, but he had already accepted a fight at ONE: UNBREAKABLE on 22 January and wanted to fulfill that commitment. 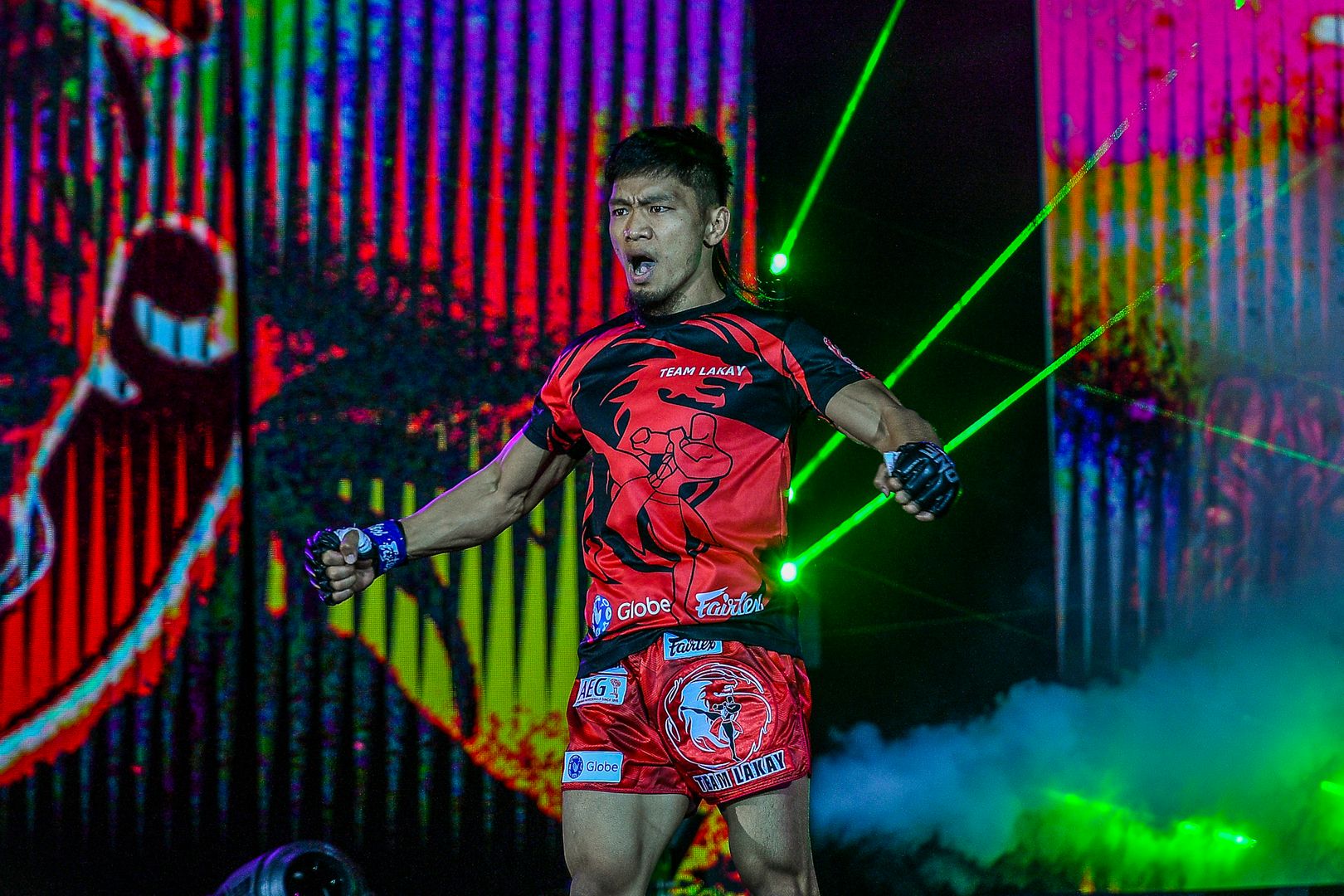 Fortunately, Adiwang had friends by his side and something to focus on during the tough times.

“Before the tragedy happened, I had already agreed to return in January, so I was keen on staying true to my word and pushing through in this event,” he says.

“Given how heavy the situation is, it also helps to stay busy. Every time I stay idle, I get pulled down, and once I’m there, it’s easy to be stuck in the negatives, so competing is really the positive way of doing this.

“My teammates [at Team Lakay] have always been there for me. They’ve supported me through the hardest times. They are like family to me. I am very lucky to have a good support system.”

That support system paid off in a big way for Adiwang at the Singapore Indoor Stadium, where he scored an emphatic second-round knockout win over Namiki Kawahara.

Though the process was difficult, “Thunder Kid” believes it helped him become stronger in many ways – even though he’s not completely out of the tunnel just yet.

“It was the toughest camp I’ve faced. The preparation was really tough,” he says.

“Emotionally, after a loss, it’s quite hard to get back. My spirit was quite low, and then suddenly, the tragedy happened and my mom passed away. It hurt me so much.

“I feel like as an athlete and as a person, I’ve grown so much emotionally. It showed that even the toughest people can hit rock bottom, and I’ve learned that it’s not always about showing your strong side – letting off your emotions can also help as well.”

As hard as that was, the pride of Baguio City knew the weeks before the bout would be the ultimate challenge – one he passed with flying colors.

“Taking this fight was a test for myself, where I am as a person. I’m very thankful everything went well,” the Filipino says.

“Leading to this fight, I was really, really nervous. Not because of my opponent but nervous that I might not be able to perform well. I’m just super happy that I’m back in the Circle again doing what I love.”

In his post-bout interview in Singapore, an emotional Adiwang dedicated the spectacular win to his mother. Knowing she is now at rest, “Thunder Kid” can continue to make her proud with his passion and dedication to martial arts.

And if times get tough again – in the Circle or in life – Adiwang believes her memory will motivate him to stay the course and work toward his dreams, just as he did when she was beside him. “There is nothing a mother wants more than to see her child happy and successful,” he says.

“I chose this career and I believe she was happy to see me succeed in what I love to do. I know in my heart she is proud of me, and I will continue to live my life in her honor.”

Read more: Emotional Adiwang Gets Back On Track With KO Of Kawahara