It was a triumphant return to the ONE Championship cage for 18-year-old Christian Lee. “The Warrior” turned in a tremendous showing against Chinese featherweight “The Werewolf” Wan Jian Ping, dazzling the crowd with his quickness and trademark unorthodox movement.

Lee and Wan threw down at ONE: KINGS OF DESTINY on Friday, 21 April, at the Mall of Asia Arena in Manila, Philippines.

Fans had anticipated a much-clamored for showdown with top Malaysian featherweight prospect Keanu Subba, but when Subba fell to injury just weeks ago, Wan stepped in to take on Lee at the last minute. 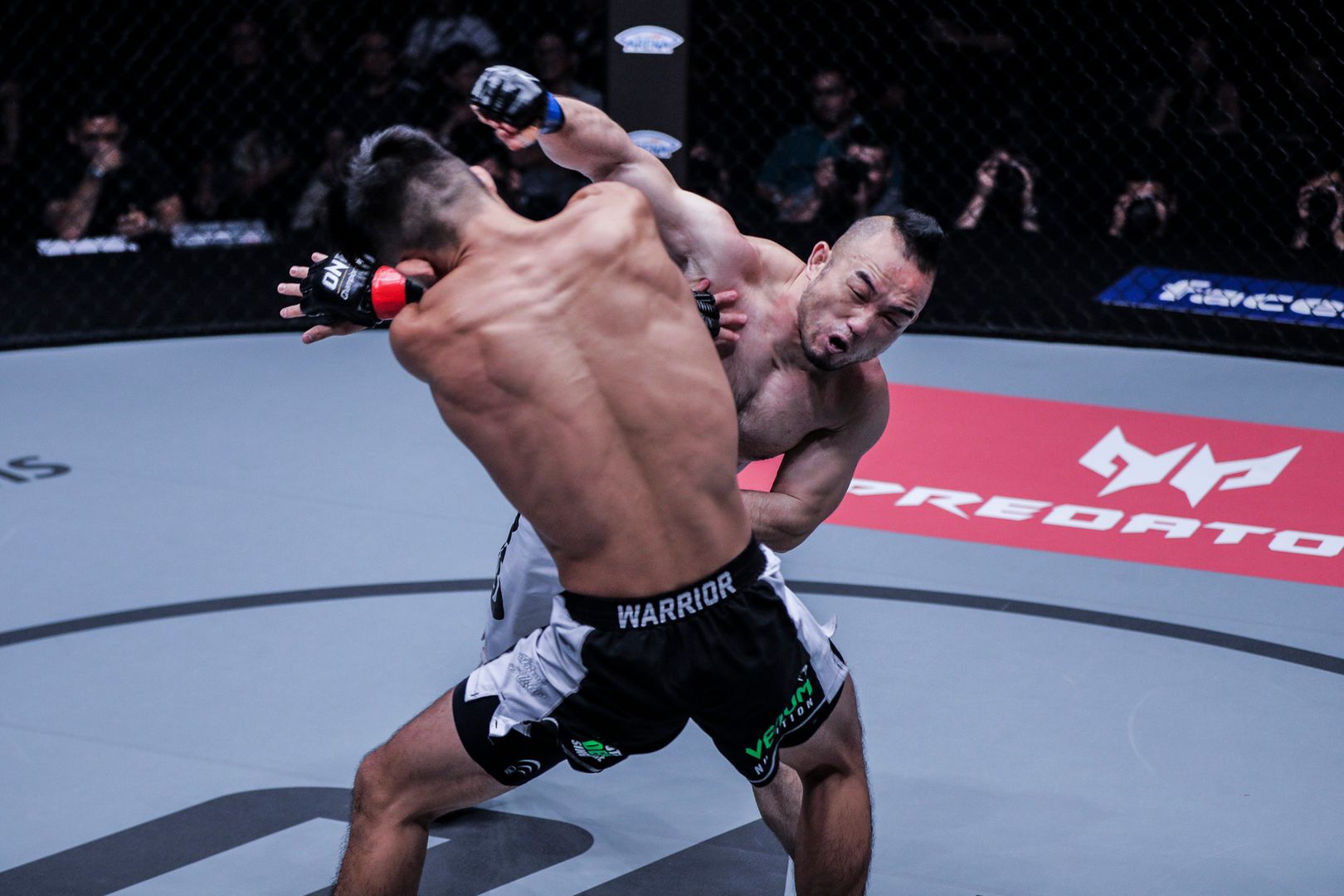 At the beginning of the bout, Lee opted to lay back to look for openings, wary of Wan’s inherent power.

Wan, a former bantamweight, put on some muscle in his debut in the featherweight division, and exhibited surprisingly heavy hands.

It soon became clear that Lee’s best bet was to stay away from danger, and close the distance to take the fight to the ground where he enjoyed a tactical advantage. After mixing up his strikes well, Lee shot in for a successful takedown, bringing Wan to the canvas.

Once on the mat, it was all Christian Lee, as the youngster went to work, pounding the Chinese fighter with sharp elbows. 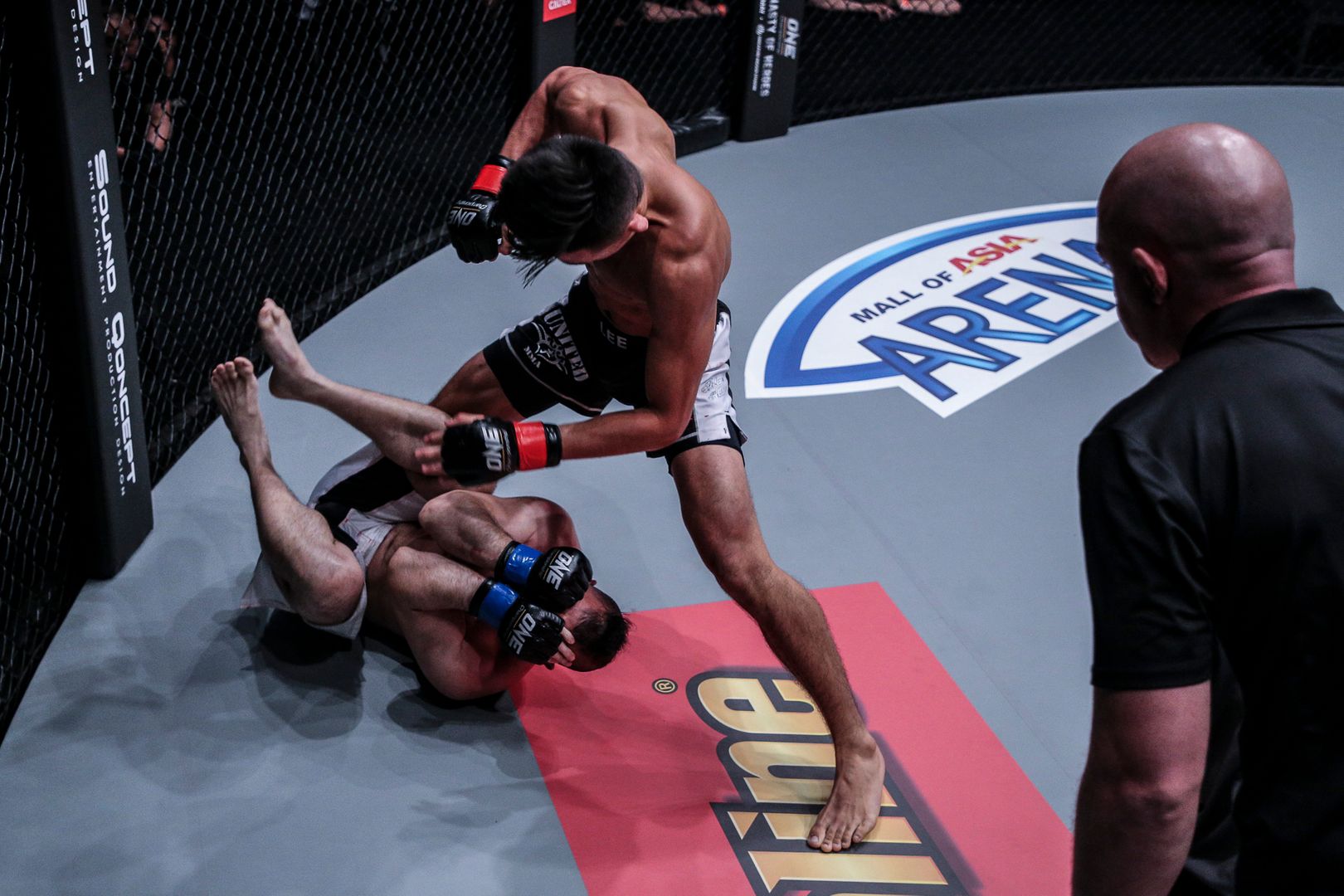 Suddenly Lee exploded into action, attacking Wan relentlessly until referee Olivier Coste stepped in to call a halt to the contest. The end came officially at 4:50 of round one, with Lee taking the victory via technical knockout due to strikes.

Given Lee’s spectacular display of skill, it is hard to believe that just barely eight months ago, he was put to sleep courtesy of a Martin Nguyen guillotine choke. 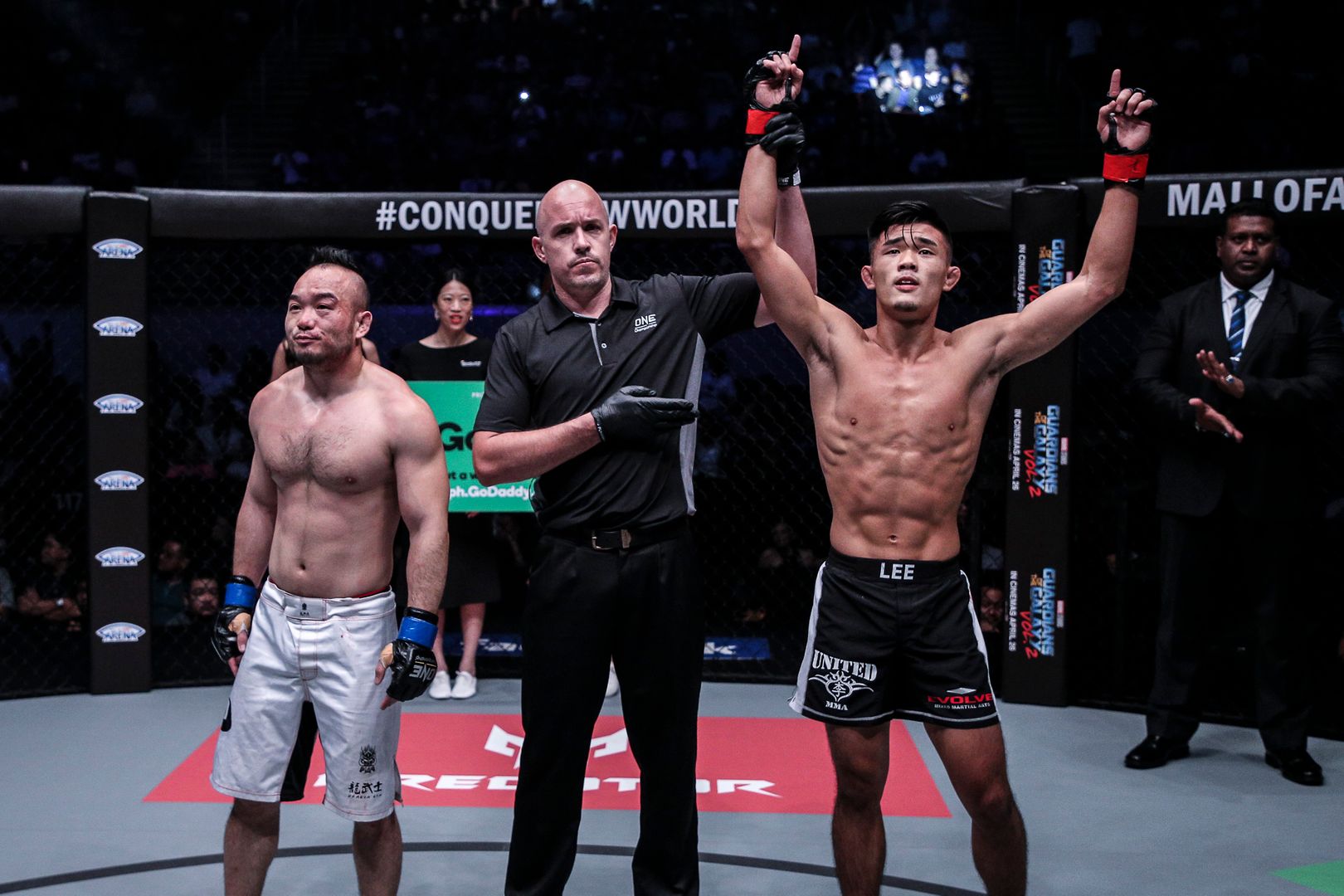 The youngster seems to have put that painful memory in the past and credited it to experience, however, returning to winning ways via a commanding performance. Lee has also shown that he learned a thing or two from the loss, exhibiting a much more controlled aggression, picking his spots well before unleashing his offense.

With the victory, Lee improves his record to 6-1, while Wan drops his second fight in a row in ONE Championship, with an overall record of 6-4. More importantly, the win signifies Lee is back on the right track.