Charlie “Boy” Peters is all set to make an unmissable promotional debut this Saturday, 16 February in Bangkok, Thailand.

The Englishman will face Chamuaktong Fightermuaythai in a ONE Super Series Muay Thai contest on the main card of ONE: CLASH OF LEGENDS.

This 67.5-kilogram catch weight bout is one of five Muay Thai battles that make up the strongest line-up of strikers in ONE history, and it is fitting that it happens in the home of the art of eight limbs.

Though he will be going against the crowd inside the Impact Arena when he squares off against his Thai adversary, the three-time Muay Thai World Champion is excited to make a big impression in his first outing.

“Signing with ONE is the pinnacle of my career. There’s no better show in the world to fight on at the moment,” says Peters.

The pair will duke it out in 4-ounce gloves, and the 29-year-old believes that will give him a big advantage against the Lumpinee and Rajadamnern Stadium Muay Thai World Champion because of the firepower he has in his fists,

“I have good hands – I took this fight purely for the reason of the gloves,” he reveals.

“Fighting in these gloves will change my game, but it’ll change his game plan too.

“He won’t come forward as much, I don’t think he’ll be confident enough to have the hands to match a foreigner.”

Though he is confident, Peters is under no illusions that he will be in for an easy ride.

Like many his countrymen on the ONE roster, Chamuaktong has served his time against his sport’s finest on Thailand’s stadium circuit.

His collection of belts, phenomenal record of 145-34-1, and debut in The Home Of Martial Arts prove he is world-class.

“All the Thais in ONE are of a great level. There’s no Thai in there that isn’t substantial,” Peters adds.

“Chamuaktong has stadium wins and stadium titles, but this isn’t in a Thai stadium, this isn’t normal. Fighting in these gloves is completely different. I’m not worried about him.” 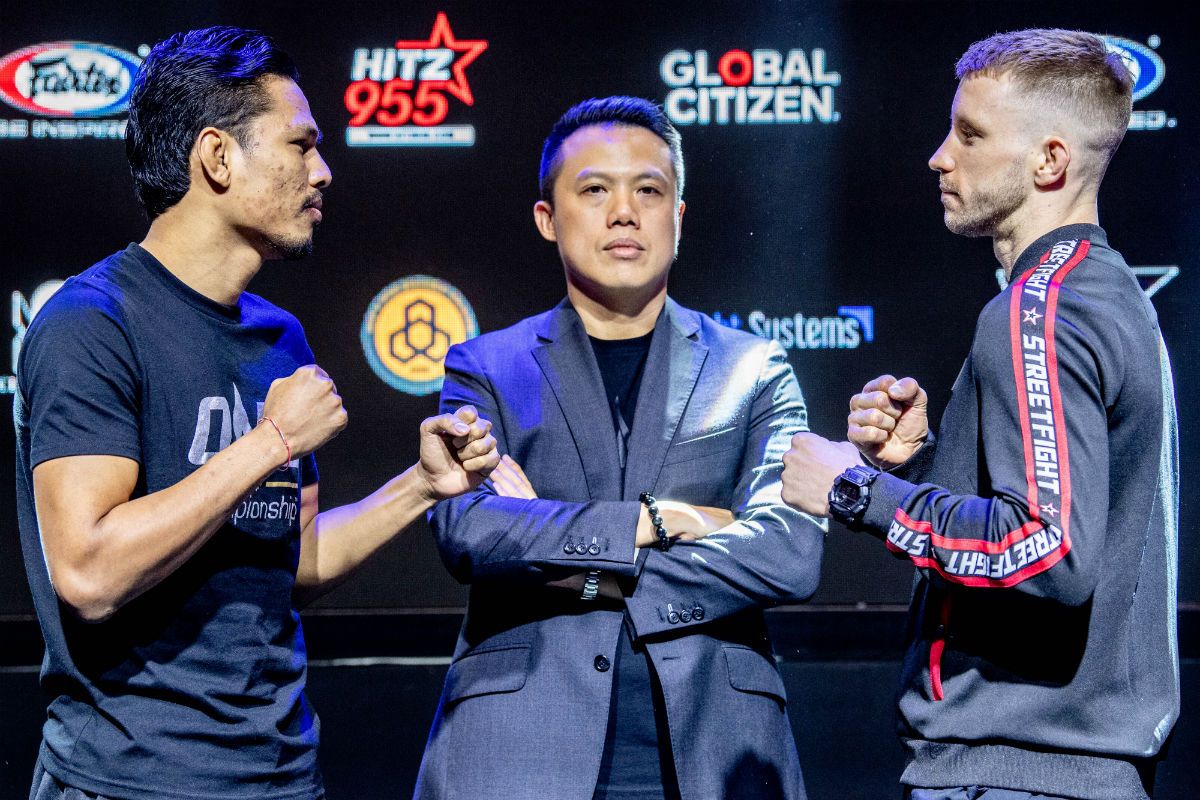 The Double K and Team Tieu representative has a strong sense of where this bout will be won or lost. If he sets the pace let his hands go, he believes victory will be his.

Peters has done his homework on the local favorite to come up with a game plan, and he thinks he has his rival’s offense figured out.

“I don’t normally watch my opponent’s fights, but I watched his last fight on ONE Championship purely because this is different for me too,” he explains.

“I think he’ll come out with a heavy low kick and a big right kick, then he’ll come for the clinch and elbows. Otherwise, I think my hands are going to be too much for him.”

Peters’ hard-hitting, boxing-heavy style will be challenged by Chamuaktong’s kicking and clinching repertoire, which should make for an intriguing clash of styles on the ONE: CLASH OF LEGENDS prelims.

Fans could not ask for a better start to a night of Muay Thai excellence.