Ma Jia Wen is starting to understand who he is as a mixed martial artist.

Since making his promotional debut nearly two years ago, the Chinese featherweight has gained some valuable experience. He has accumulated a professional record of 3-2, matured from a teenage wrestling standout into a versatile competitor, and is now in the midst of carefully balancing out his emotions.

The Tianjin Top Team product has been putting a tremendous amount of effort into his training recently, and is thrilled to be able to display his latest advancements. On Saturday Night, 11 March, he will square off against battle-tested veteran Yohan “The Ice Man” Mulia Legowo at ONE: WARRIOR KINGDOM, live from the Impact Arena in Bangkok, Thailand.

Competing in the sport professionally since 2002, Legowo is an Indonesian Kickboxing and Submission Grappling Champion who has amassed an 8-5 record, with all of his victories ending within the first round.

“Legowo is much more seasoned than me. I would say that he is better experienced in the fight game, but I do not know much about him. I am very confident of my own skill set, however,” Ma states. “I will be aggressive come fight night. I will end the fight early.” 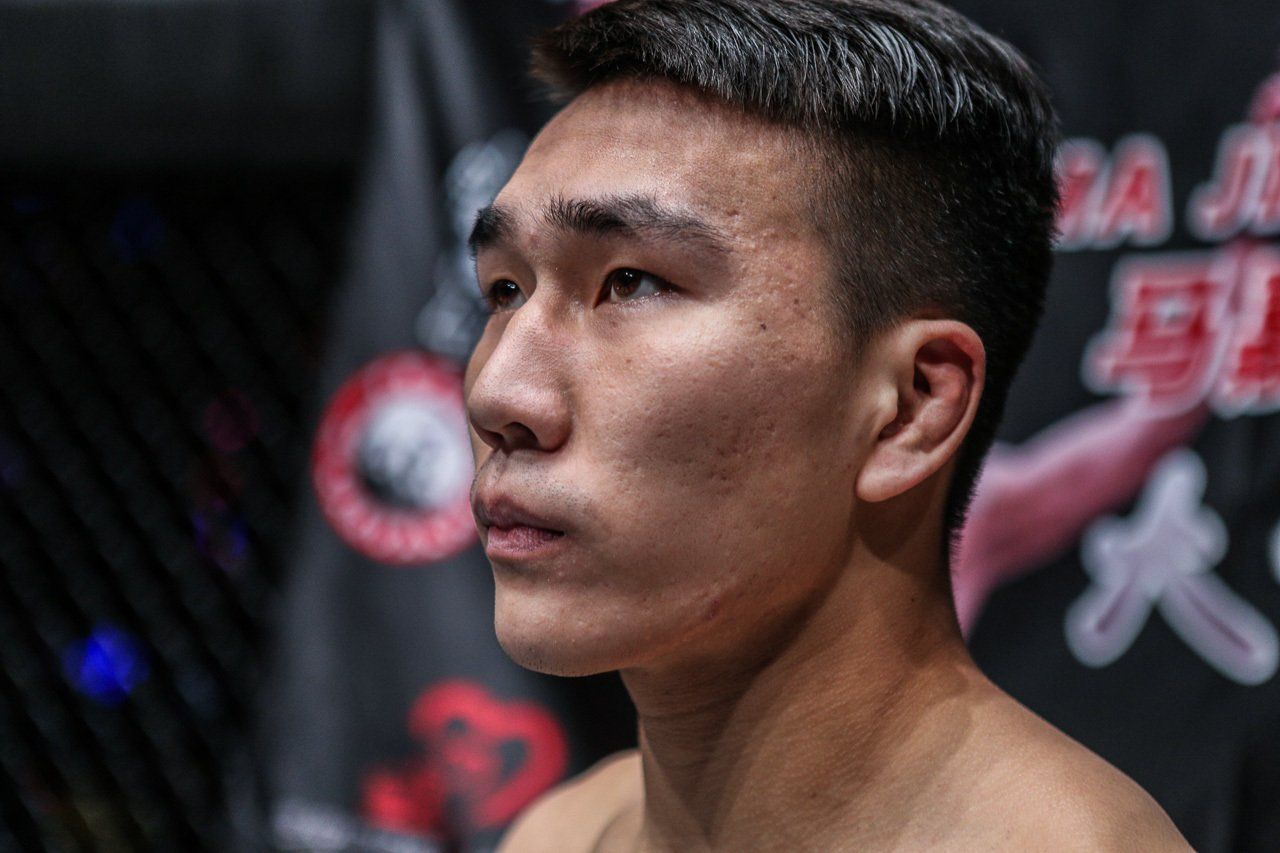 Ma has always been aggressive. It is a trait he has possessed since childhood. Born in Harbin, the capital city of the northeastern Chinese province of Heilongjiang, he was a happy child who was raised in a carefree environment by his grandmother and grandfather. However, he turned out quite spoiled and bad-tempered, and his grandparents were not able to manage him.

In 2007, right before his 11th birthday, he was sent over a thousand kilometers south to Tianjin to live with his parents again. His father and mother were stricter in the household, but Ma still carried a lot of aggression, and that led to trouble in school.

“Due to my temper, I got into many fights with other kids, and my parents were constantly being called to the principal’s office,” he recalls. “I was eventually expelled from elementary school in the fourth grade.”

Soon thereafter, Ma’s mom and dad sent him to a local sports academy, where he lived as a boarding school student. The young teenager desperately tried to find a sport to connect with and channel his energy, including ping pong, weight lifting, and taekwondo. For some reason or another, none of them struck a chord.

However, after the taekwondo program disbanded, the entire team moved onto wrestling, and that is where Ma became a star.

“Wrestling was where I excelled. I became Tianjin City champ after only six months of training,” he says, proudly. “After that, I kept winning local competitions, and gradually started competing in higher-profile wrestling meets. My best achievement is placing second in the national meet at the age of 16.”

The athletics board sent Ma to Tianjin’s professional wrestling team for two months to further sharpen his skills. While there, he befriended some MMA fighters from Tianjin Top Team — then named the Tianjin K1-Club — who had gone to train in wrestling and cultivate their grappling game. 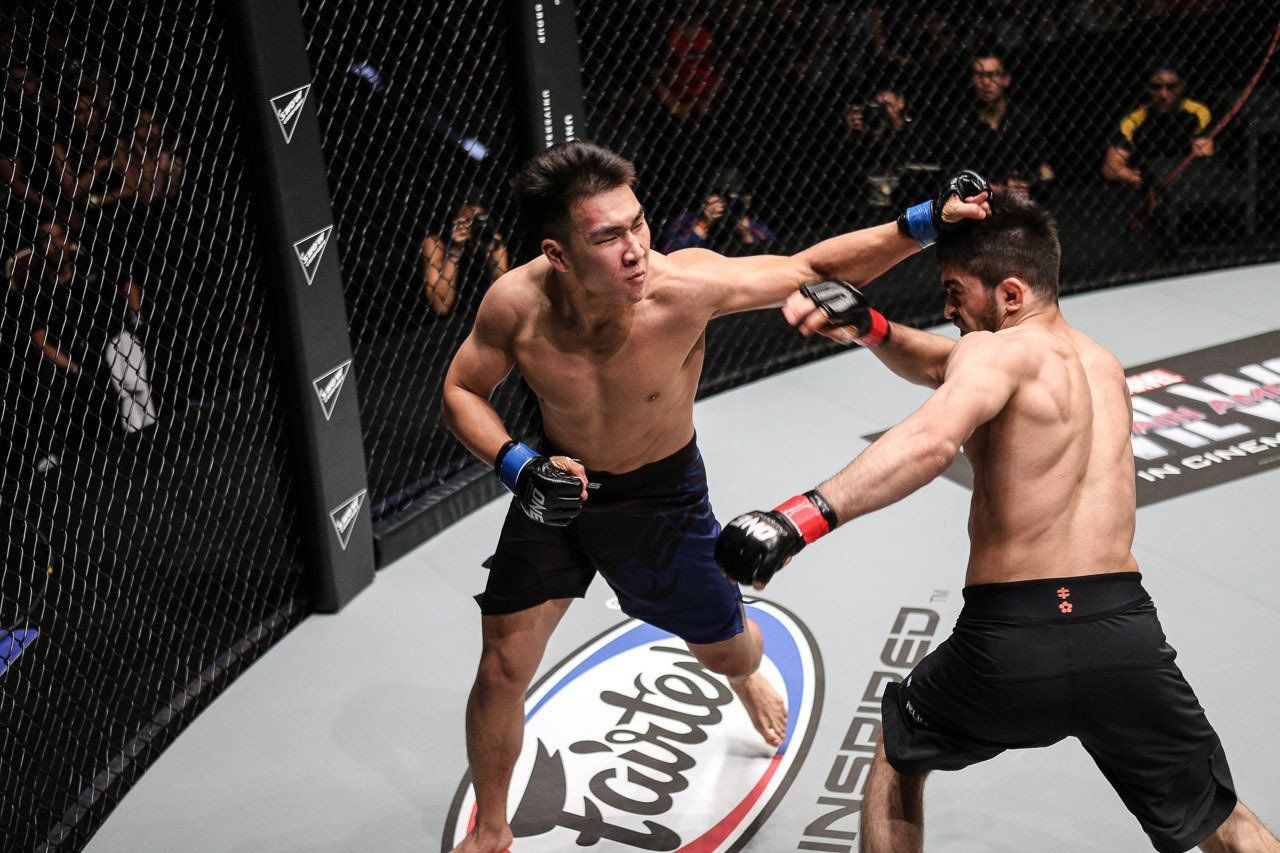 Ma was instantly attracted to this developing mixed martial arts phenomenon, and contacted his newfound friends to begin training with them. He quickly grasped fight concepts and new techniques, and soon he redirected his career path towards the budding sport of MMA.

“I chose to become a MMA fighter because it is much more interesting and diverse. It provides a better route to support myself financially,” he states. “After the first couple of sparring sessions at Tianjin Top Team with fighters who are more experienced, I was told that I had the potential, and I noticed that in myself.”

The wrestling specialist formally joined Tianjin Top Team in late 2014, with his eyes set on an MMA debut. That came in June 2015, when he participated in the ONE Guangzhou Featherweight Tournament at ONE: DYNASTY OF CHAMPIONS (GUANGZHOU). He won his semi-final fight and debut via TKO in the second round, but lost the tournament final later that night via unanimous decision.

Although he ended the year strong with his second victory, he ran into lightweight phenom Saygid “Dagi” Guseyn Arslanaliev in May 2016, and was knocked out in an intense one-round battle. 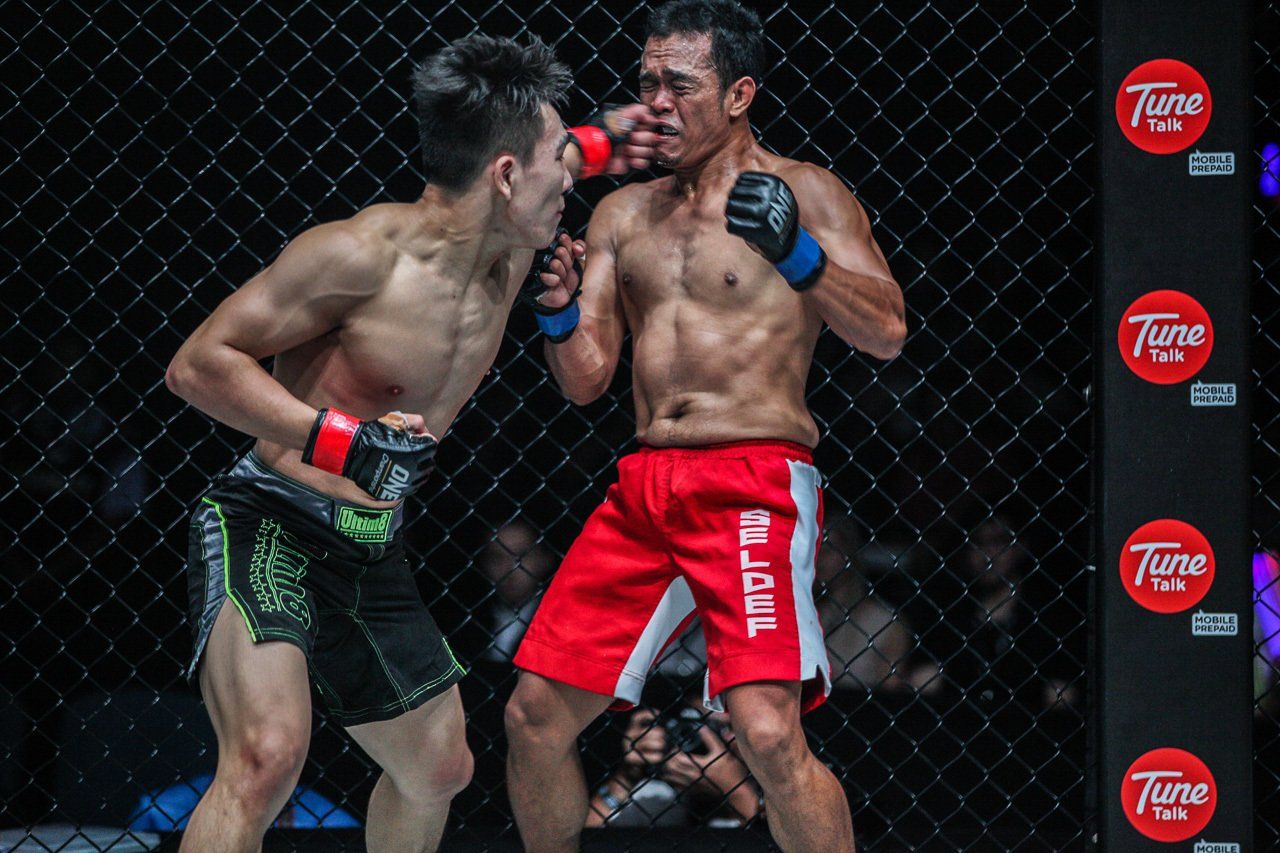 Ma bounced back, however, by delivering an elbow-laden TKO to Jimmy Yabo at ONE: HEROES OF THE WORLD later on in August. Having been over-aggressive in his previous fight against Arslanaliev, Ma made sure to tone it down in that contest.

“I entered the bout [against Yabo] calm and composed. After my loss to “Dagi”, I was not going to be reckless. I was prepared to go three rounds with Yabo, and after the first couple of exchanges, I realized that he did not pose any threat to me, hence I started to seek opportunities to finish the fight,” he recalls.

“I guess I showed that my fighting style has matured, unlike my earlier fights in the past where I would go full-blast from the start and waste unnecessary energy. I have shown that I am a well-rounded fighter now.”

All of this serves as a big reminder of how far Ma has come in his martial arts journey. The prospect, who was once a bad-tempered and rebellious child, has used his passion for the martial arts to harness his aggressiveness, and channelled it in a more meaningful light.

As a result of his martial arts lifestyle, the 20-year-old acknowledges that he has changed.

“I have become a much more composed person when compared to the past. I do not get angry as often as before. I am a much calmer person now. I have learned to enjoy spending time with my family during my time off. I have become more optimistic in general,” he says.

“I am still very young in the game of MMA. Learning different arts and putting them together is an art in its own right. Constant repetition and more fight experience will build my confidence, and confidence in my skills is the key to enhancing my performance in a fight.”