Bruno Pucci (5-3) is renowned as an elite grappler, but he wants to be known for so much more.

The Brazilian, who is a two-time BJJ No-Gi World Champion, wants to become renowned for his versatility, and he plans to show his full range of skills at ONE: WARRIOR’S DREAM.

This Saturday, 17 November, he is scheduled to face “White Dragon” Xie Chao(9-4) in a featherweight contest at the Stadium Istora in Jakarta, Indonesia.

Although the 28-year-old believes he is the superior martial artist, he knows one false move against his Chinese rival could cost him everything.

“I do not take any opponent lightly,” he says.

“I definitely think I’m a better fighter and better grappler than him, but it takes one mistake [to lose a fight], and that is what I’ve been working on — not making any mistakes that will cost me the fight.”

Over the past few years, “Puccibull” has recognized the holes in his game and immediately set out to refine his craft – particularly in the stand-up department.

Now he is confident he can mix up his strikes and use them to set up his world-class grappling offense – without being caught by his opponents.

“As a martial artist, you have to evolve,” he explains.

“I saw a lot of gaps, and I’ve been fixing them. I have been working on covering the gaps, especially on footwork, like getting in and out of range.

“I have been working on that, and working on putting everything together with my BJJ and my takedowns. I have developed a lot.” 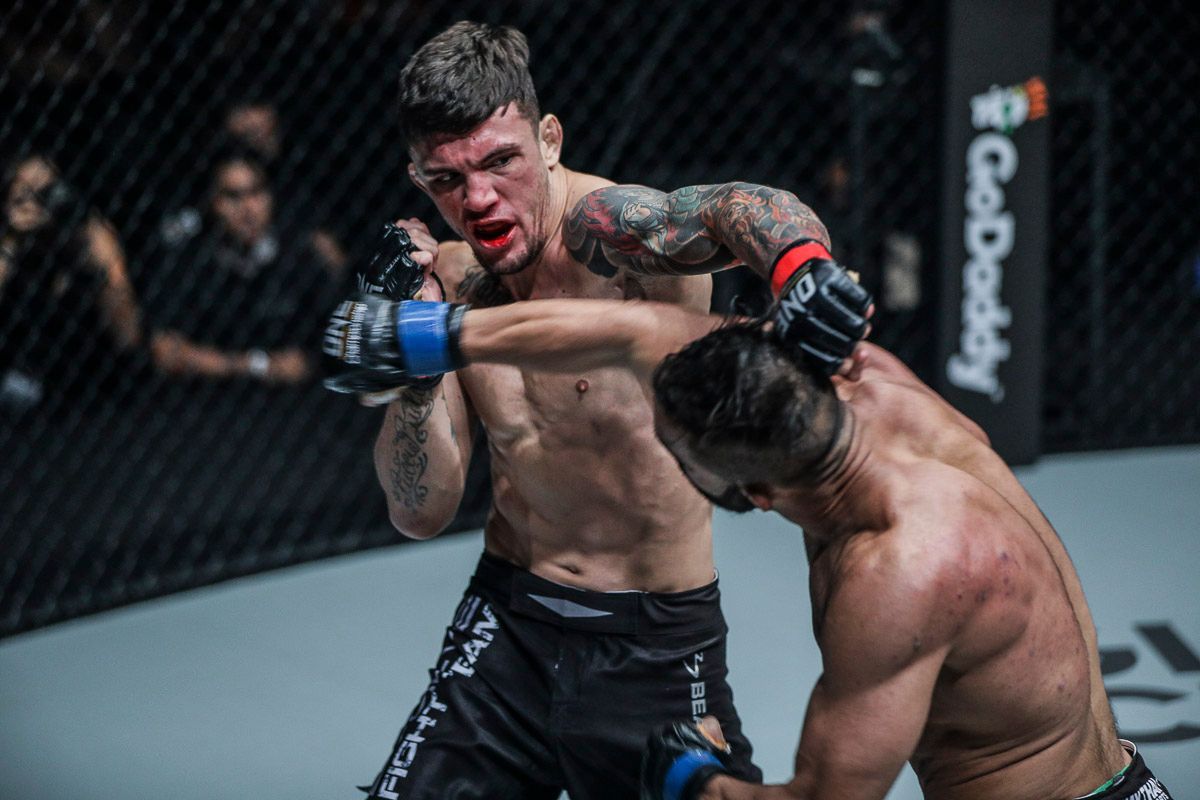 The Evolve product has been training at United MMA in Hawaii with ONE Women’s Atomweight World Champion “Unstoppable” Angela Lee and former ONE Featherweight World Title contender Christian “The Warrior” Lee.

Working with such elite and in-form athletes has bolstered his confidence, as well as his skills, and now, just a few days away from his clash with Xie in Jakarta, Pucci feels he ready for anything in the cage.

“It was a really hard training camp, so I am pretty confident I have fixed the gaps,” he explains.

“Everyone knows about my BJJ, but I try to forget about my BJJ and think about the fight as a mixed martial arts fight. I want to be well-rounded, so I have tried to tighten up the gaps in my striking.

“Of course, I can take the fight to the ground, but I wanted to make sure I can go [into the cage] and do the job standing up. So I want to say I have fixed those mistakes I made in the past in this training camp.” One part of Pucci’s mixed martial arts record he would like to keep exactly the same is his habit of winning via stoppage.

He has a 100 percent finishing rate, having won four bouts via rear-naked choke and another via TKO. In Jakarta, he plans to keep that perfect ratio intact and extinguish the “White Dragon’s” flame.

“The way we train in Hawaii is always to finish. It’s not only about getting the win, but it’s also about finishing the fight, so that’s what the fans should expect,” Pucci says.

“If you look at Christian and Angela, they are exciting to watch, and they always look to finish.

“Even though they sometimes don’t finish, they are always looking to finish, so I will bring this idea to the cage, too. I’ll do my best to finish the fight.”