Ayaka Miura has taken another massive step toward a shot at the ONE Women’s Strawweight World Championship.

On Friday, 2 August, the Japanese star defeated Samara “Marituba” Santos with her trademark scarfhold Americana at ONE: DAWN OF HEROES, which emanated from the Mall Of Asia Arena in Manila, Philippines.

The Brazilian knew her opponent’s plan of attack and tried her best to evade the rising star’s favorite submission, but Miura — a third-degree judo black belt — locked up the hold in the opening stages of round two.

It looked like the Tribe Tokyo MMA representative would get the submission much earlier, as she started the women’s strawweight mixed martial arts bout with a textbook head and arm throw and fell right into the scarfhold position.

Miura tried to force the Brazilian’s arm between her legs as she dropped hard punches, but Santos — a Brazilian Jiu-Jitsu purple belt — came up with an ingenious way to turn her defense straight into an attack.

The 26-year-old threw her legs up and over Miura’s head, and she latched on to an inverted triangle from underneath the Japanese star. 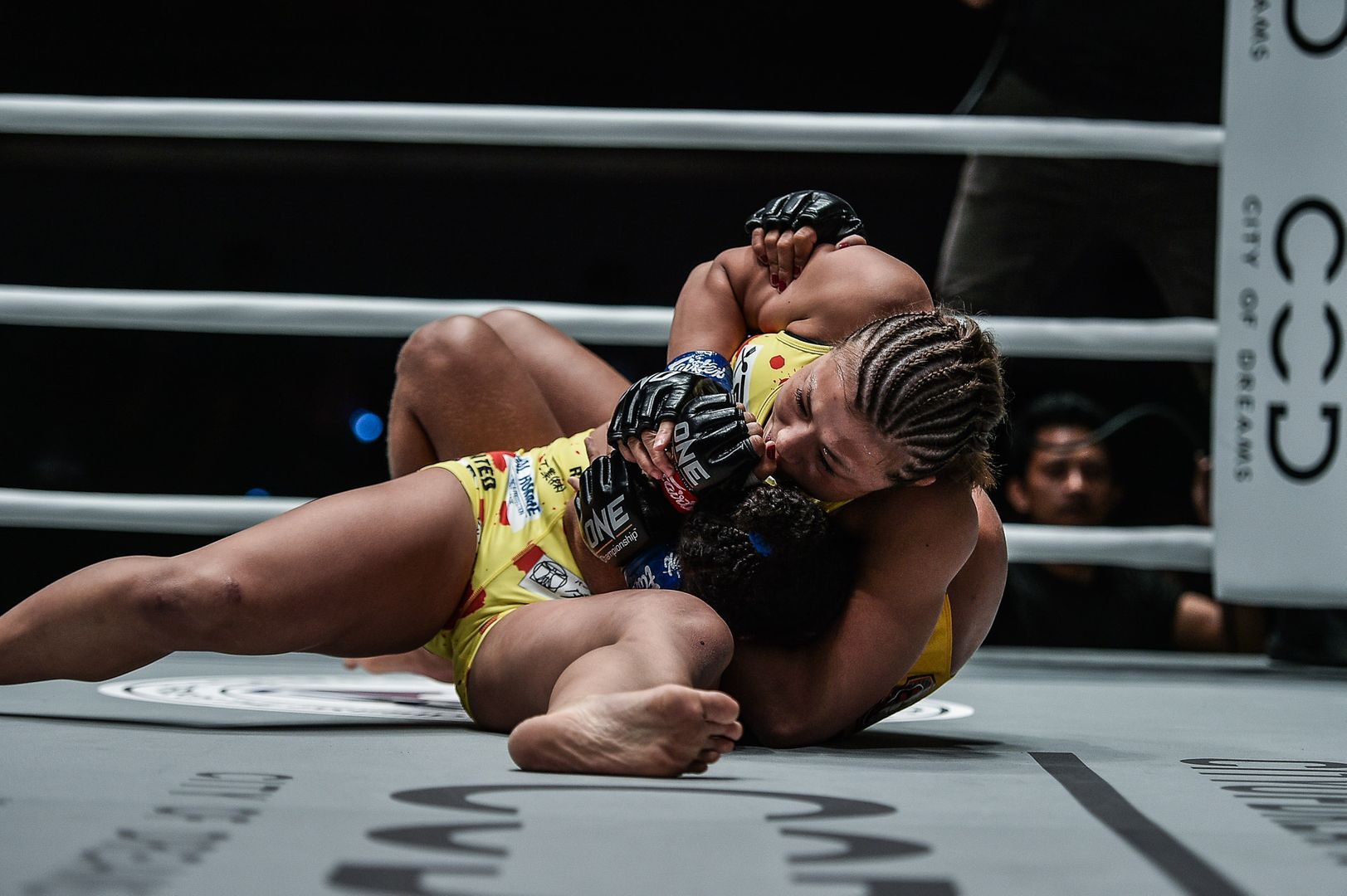 From there, the opening round turned into a battle of wills.

The judoka had to fend off a potential choke, while her rival tried to cinch up a finish. However, a submission was never imminent, and the 28-year-old Tokyo native eventually pried her head free with seconds remaining in the frame.

Miura did not let that threat stop her from enacting the same game plan at the start of the second round. She scored with a swift double-leg takedown and moved immediately into the scarfhold position once again.

This time, she managed to stuff Santos’ left arm under her left thigh to trap it, and then drove her hips forward to torque the arm. The pressure was too much for “Marituba,” who quickly submitted just 39 seconds into the stanza. 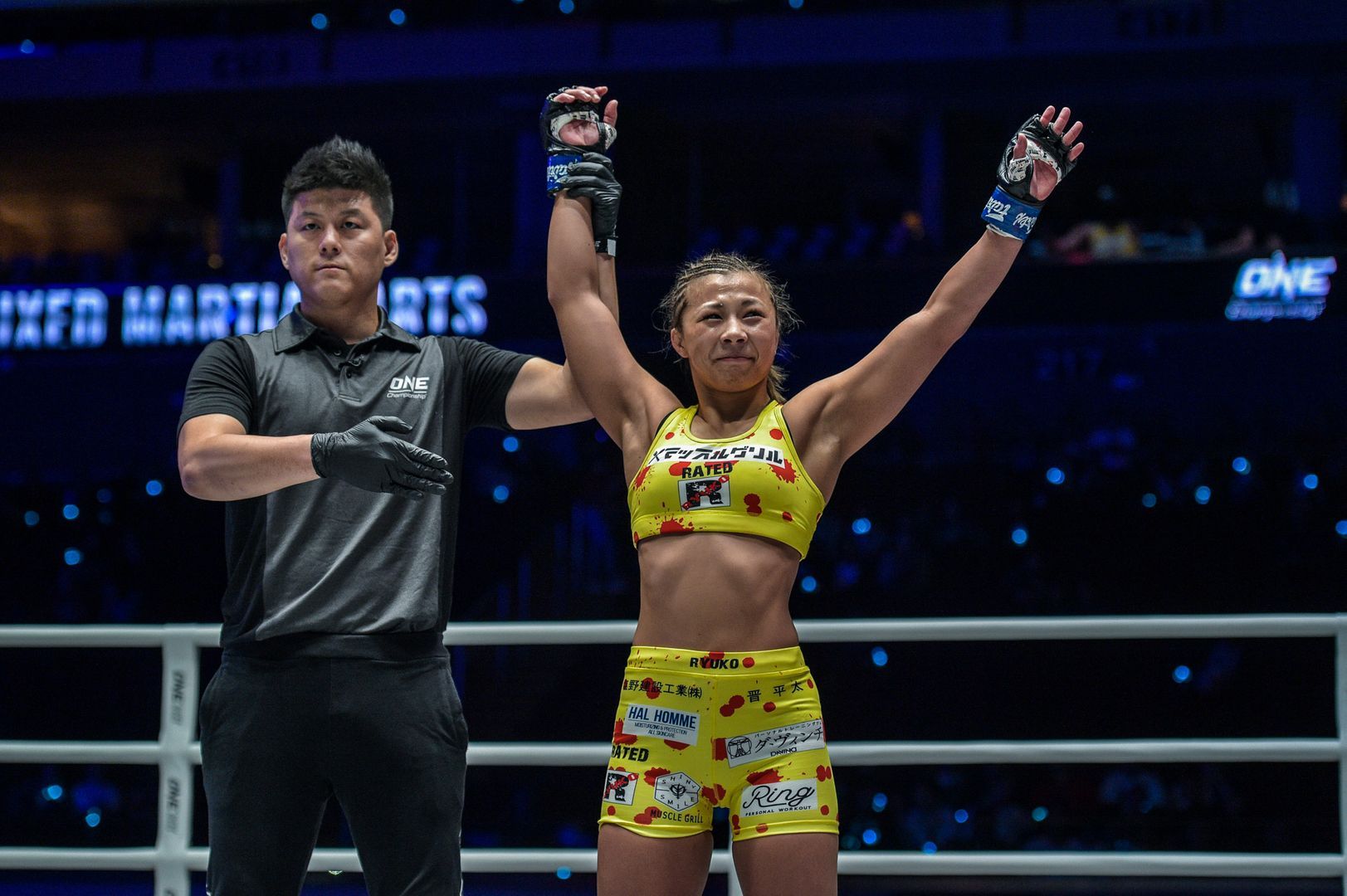 Miura moved her record to 9-2 (1 NC) with the victory, and she now has back-to-back submission wins.

Both of those wins came against former World Title challengers, and she defeated them faster than reigning ONE Women’s Strawweight World Champion “The Panda” Xiong Jing Nan did.

That could position the Japanese grappler for a World Title shot in her next outing.