Ayaka “Zombie” Miura can break out as a major player in her ONE Championship debut if she can dominate a former World Title contender ONE: CALL TO GREATNESS.

The Japanese athlete will take on Laura “La Gladiadora” Balin in a strawweight bout this Friday, 22 February at the Singapore Indoor Stadium, and fans will not want to miss this fearless warrior in action.

Miura began her life in martial arts as a judoka thanks to her father’s passion for the sport, and she is now a third-degree black belt in the art.

Mixed martial arts piqued her interest at the age of 22, and she arrives in The Home Of Martial Arts as a product of the Tribe Tokyo MMA gym under the guidance of coach Ryo Chonan.

The 28-year-old has earned a reputation as a supremely tough athlete in her homeland, and now she wants to bring that to The Home Of Martial Arts.

“[My nickname is] Zombie, because even if I get beat up, I stand up and keep coming forward,” says Miura.

Balin showed similar fortitude in her opening contest against “The Panda” Xiong Jing Nan, as she took everything the ONE Strawweight World Champion threw in her direction, and made it to the final bell. 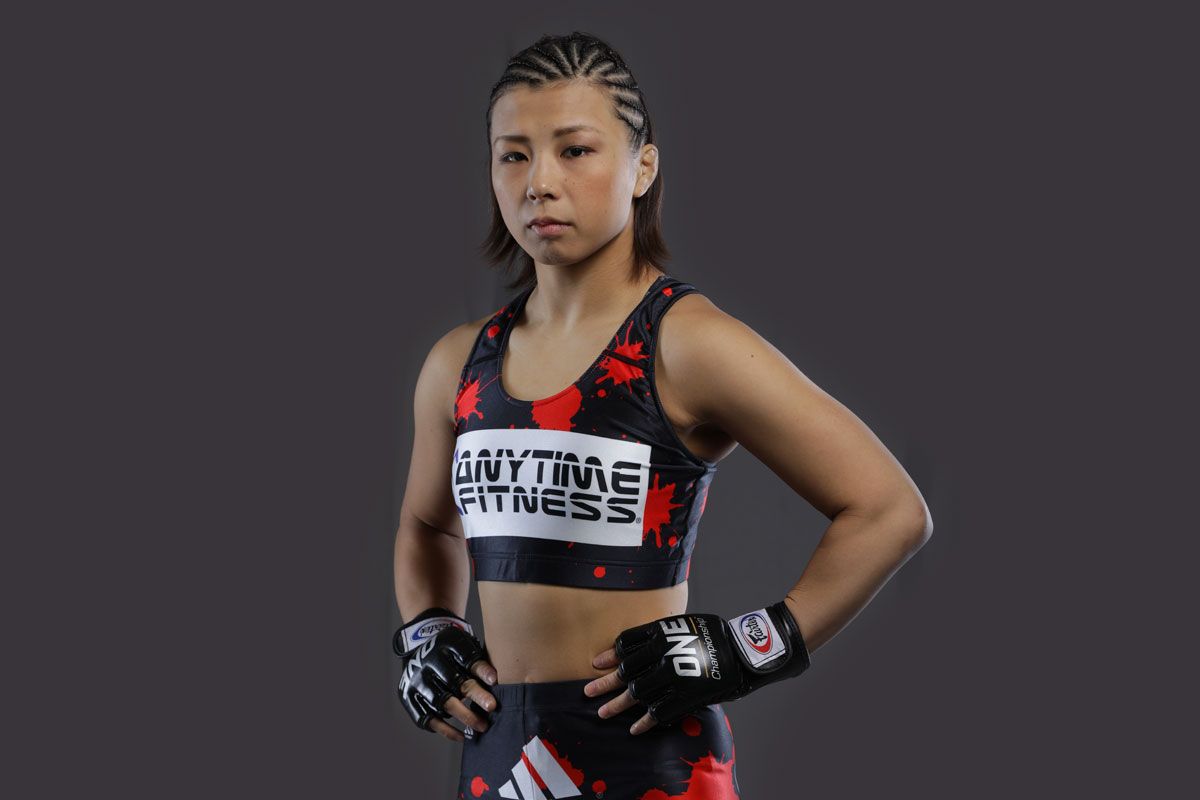 However, “Zombie” has been able to use that grueling five-round battle for World Championship gold to pick up a lot of information on how she can overcome the Argentinian when they face off.

“I am preparing for a southpaw, working on getting to the clinch from striking range, and repetition of my combinations,” she states.

“Her right hook and left straight [are dangerous]. I have to keep my guard up. She sometimes goes for leglocks from the bottom, so I have to watch out for those, too.”

Miura is coming to the Lion City with a plan to close the distance, and her extensive judo experience and grappling acumen are major weapons in her arsenal when she mixes things up on the inside.

Her seven career victories to date have been a showcase of her takedowns and ground dominance, and she has picked up three stoppages by submission from side control – the quintessential judo top position.

The Tokyo native believes that battling in close-quarters will work in her favor because of her skill set and her raw strength.

“My advantage will be the physical aspect,” reveals Miura.

“She likes to clinch too, but I think I can win it from the clinch.”

More than anything else, “Zombie” wants to make a statement of intent that she is one of the greatest strawweight athletes in the world, and that her eyes are on the belt held by “The Panda.”

A stoppage against an opponent the Chinese World Champion failed to finish will announcer her arrival on the global stage for martial arts in style.

“It’s my debut in ONE, so I think it’s important to create a good impression with a convincing victory,” Miura adds.

“She is a former World Title challenger, so if I beat her, I’d like a shot at it.

“I want to win in dominant fashion, become ONE World Champion, and give performances that anyone can enjoy watching.