Fresh off his stunning defeat of Brandon “The Truth” Vera at ONE: CENTURY PART II, two-division ONE World Champion Aung La “The Burmese Python” N Sang has his eyes on his next challenge.

On Sunday, 13 October in Tokyo, Japan, the Myanmar hero defended his light heavyweight belt against the ONE Heavyweight World Champion in sensational style.

It was a huge challenge for the Hard Knocks 365 representative in the headline attraction of the biggest martial arts event of all time – Vera appeared to be much bigger than him – but he took his rival’s best shots to fell the giant with a second-round knockout.

“There was a big size difference, but like I said, I train with heavyweights that would make Brandon look small – guys that are like six-foot-eight, seven feet tall,” he said.

“When we spar, I do well against them, so I was prepared.”

Despite the stature and skill of the man in front of him, as well as the powerful strikes that were thrown at him, Aung La N Sang kept his composure, weathered the storm, and picked his shots perfectly.

“That was part of the game plan – give a lot of pressure, eat his punches like chicken nuggets, and keep that pressure on him,” he added.

“When we spar, we train for that, so we were ready for a dogfight, and we tried to bring a dogfight to him and make sure my technique was on point.

“We had six months to prepare for this, so it wasn’t anything super hard. Not to take anything away [from Vera], but preparation meant that what we did tonight [happened].”

The 34-year-old has become firm friends with Vera during his time on the global stage, but that did not stop him from throwing everything in his locker at the Filipino athlete.

“The Burmese Python” had no reservations about doing what he had to do to get his hand raised, but he was quick to pay tribute to “The Truth” once their match was over.

“I have a lot of respect for him. That’s how martial arts should be – that’s how we should approach every match,” he said.

“When we’re in the cage, we’re opponents, but for me, that’s not a big deal. 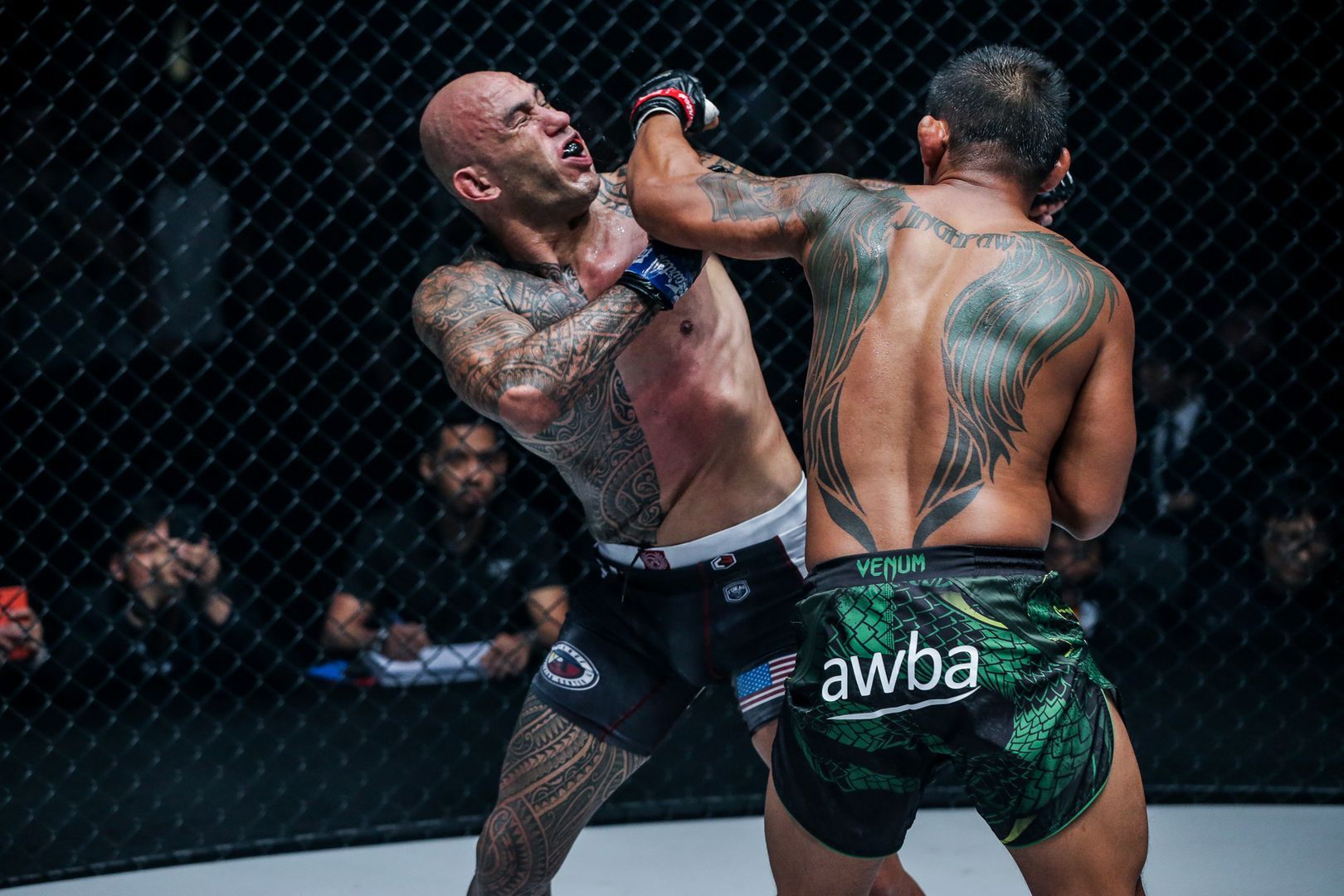 Now that Aung La N Sang has his first ONE Light Heavyweight World Title defense in the bag, he is keen to move on to a new challenge.

While other of the big winners at ONE: CENTURY were tight-lipped about their future, the Myitkyina knockout artist was quick to plan out his future.

“What’s next? Middleweight,” he said.

“There’s a lot of middleweight guys coming up. Bring them all out, and line them up.”

Finally, before he left the Ryogoku Kokugikan to celebrate his success, Aung La N Sang sent a message to all of his fans in Myanmar.

“Thank you so much. Every time I go out, I can hear all the Burmese fans cheering for me, and that gives me a lot of strength,” he added.

“I just want to keep inspiring the next generation of Burmese athletes and Myanmar people to become better people. Thank you [to them].”