In July, the Australian colossus made his ONE Super Series debut and was excited to step back into the ring.

Despite being the aggressor and attacking Moroccan-Dutch striker Ibrahim El Bouni with massive punches early into their kickboxing tilt at ONE: BATTLE FOR THE HEAVENS, Meunier fell on the wrong side of a knockout.

It was a tough loss for the four-time kickboxing world champion, but he has a forward-thinking mindset. He is looking at the positives from the experience, cleaning up his mistakes, and preparing for his next bout at ONE: KINGDOM OF HEROES.

“Obviously, I didn’t get the win, but I’m excited to get another chance,” the 42-year-old Melbourne, Australia native says.

“We’re all big boys, and you’re getting hit with 100-plus kilos, so one false move and you’re on the ground, or they are on the ground. One way or another, it makes for an exciting fight. That’s what the crowd likes to see, I think.

“You definitely have to put it (the loss) behind you to a certain extent. I know where I went wrong. It was probably a little bit of nerves and trying to make a big impact, so I rushed it a little bit. This time, I’m going to let it just happen instead of trying to force it to happen.”

"The Giant" overcame an abusive father with the help of martial arts.

"The Giant" overcame an abusive father with the help of martial arts.Bangkok | 6 October | 5:30PM | LIVE and FREE on the ONE Super App: http://bit.ly/ONESuperApp | TV: Check local listings for global broadcast | Tickets: http://bit.ly/oneheroes18

The good news for the heavy-handed Australian slugger is that he managed to knock off the ring rust.

Now, he hopes to have a better outing against fan favorite Alain “The Panther” Ngalani at ONE: KINGDOM OF HEROES, which is set for the Impact Arena in Bangkok, Thailand, on Saturday, 6 October.

Ngalani (25-8-1) is a four-time Muay Thai & Kickboxing Heavyweight World Champion who has competed all over the world. The 43-year-old hulk is also coming off a heartbreaking defeat, and he is motivated to finish “The Giant” in the Thai capital.

Meunier’s aim is the same, which he says is a surefire promise of excitement.

“It’s going to definitely be a good fight,” he says. “He’s got a body and a half on him. He’s got awesome kicks from what I’ve seen, and we’re all big boys. It only takes one hit on the chin for the game to change.

“It’s going to be an action-packed and exciting fight.”

With both heavyweights carrying dynamite in their hands and feet, Meunier knows it is crucial to minimize his mistakes and receive as little damage as possible.

The last time the aggressive hard-hitter competed, he was so focused on the knockout that he failed to play defense, and he paid for it.

For his second bout in the world’s largest martial arts organization, “The Giant” plans to be a lot cleaner and tighter with his attack, and he also anticipates being calmer in the beginning.

In addition to that, the Australian feels like he has numerous advantages over Ngalani, but he just needs to give himself some time to unload the various weapons in his arsenal.

“My [biggest weapons will be] my knees, my aggression, and my hand speed,” he says. “I have a little bit of height on him, and I have a ‘do or die’ attitude, too.” 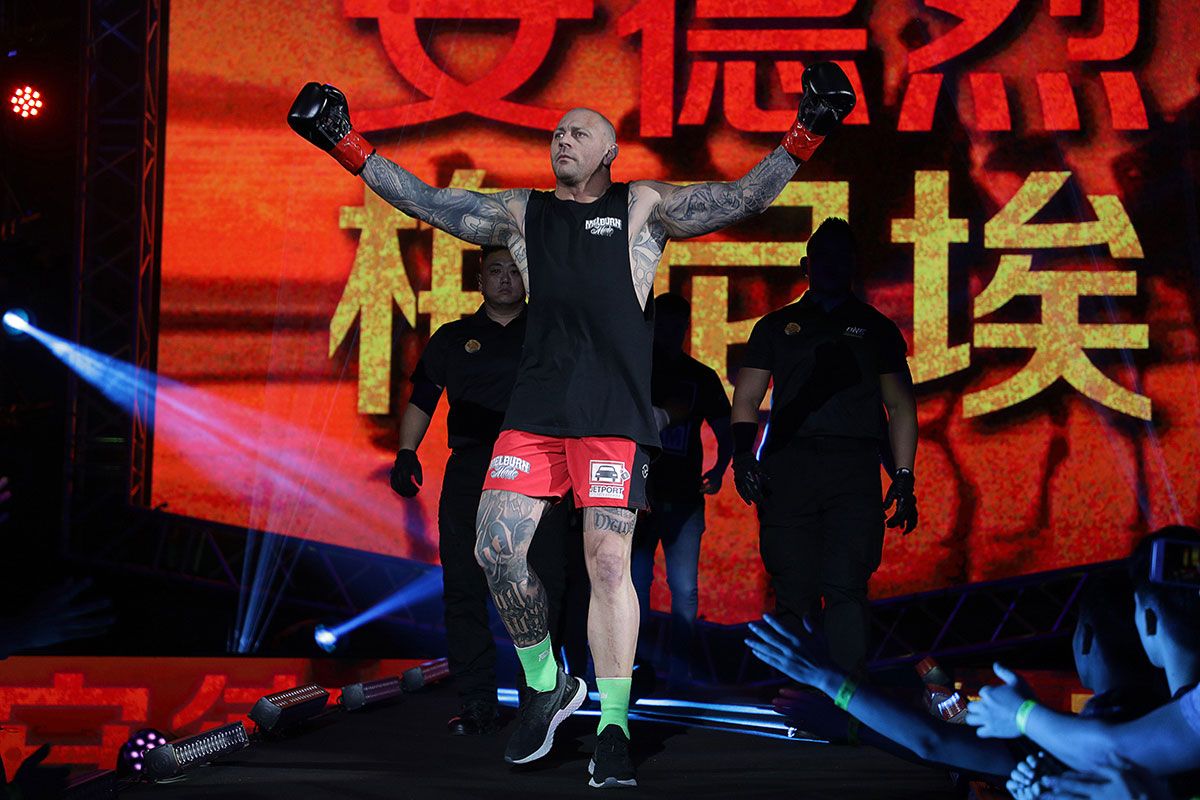 More than anything, Meunier is committed to putting on a thrilling contest that will have the fans inside the Impact Arena on their feet.

“Winning is obviously the ultimate goal, but as I say before every fight, as long as the crowd gets an extremely awesome and exciting fight, I’m happy,” he states.

“They are the people that come and support us. Without them, we couldn’t do what we do.”