A reinvigorated ONE welterweight division in has Agilan Thani very excited about the future.

Just a few weeks ago, a new ONE Welterweight World Champion was crowned, as Zebaztian Kadestam won the vacant title with a thrilling fifth-round knockout of Tyler McGuire. Plus, a slew of welterweights such as Japanese-Korean legend Yoshihiro Akiyama are being added to the roster, and it is shaping up to be an interesting 2019 for the division.

Agilan Thani has silenced the haters with his success ????

“I feel I have something to work for now,” said Thani, ahead of his return at ONE: DESTINY OF CHAMPIONS. “There’s a World Champion now, and the World Champion is somebody who beat me, so it makes me want to work twice as hard.”

Thani makes his return to action on 7 December, in his first bout since falling to Kadestam earlier this year. Never one to focus on the negative aspects of a defeat, Thani prefers to look upon the setback as a valuable lesson learned, and one that he’ll use going forward into his next contest.

“I learned quite a lot,” Thani said. “I can only say one thing for sure — I was there 100 percent, and Kadestam beat me fair and square. I learned that I have to be patient with what I do in the cage, not rush things, and prepare 100 percent for a big fight. You learn more from a loss than you do from a win.”

To begin his journey back to World Title contention, the 23-year old Malaysian star will face Kyrgyzstan native Kiamrian Abbasov, who comes with more than 20 bouts of experience under his belt.

“I know he (Abbasov) is strong, and I would say he’s wild. He’s very wild,” assesses Thani. “I’m not sure what he thinks about me. He probably underestimates me because I have a smaller record and less experience.”

Posted by ONE Championship on Monday, November 26, 2018

However, “Alligator” has faced this kind of challenge before, so this is nothing new to him. Earlier this year, Thani faced a similarly wild opponent in Amitesh Chaubey, who did everything possible to taunt him into a war of attrition.

Instead, Thani just stuck to his game plan, stayed calm, and pulled off an impressive second-round submission.

He believes things could turn out the same way in this match-up.

“I think I’ve got to do the same thing [that I did against Chaubey] with Kiamrian. Just be calm and patient, although I feel he will try to take me down, because most of his fights ended via ground finishes or submissions,” Thani explained.

“Obviously, the ground and the grappling department are also my strengths. However, I still have a long way to go. I’m still a little bit lower than where I want to be. I feel I have more ways to win, but you never know.

“I’m just looking forward to putting pressure in every aspect of this fight. That’s the key. Pressure. Some people break.” 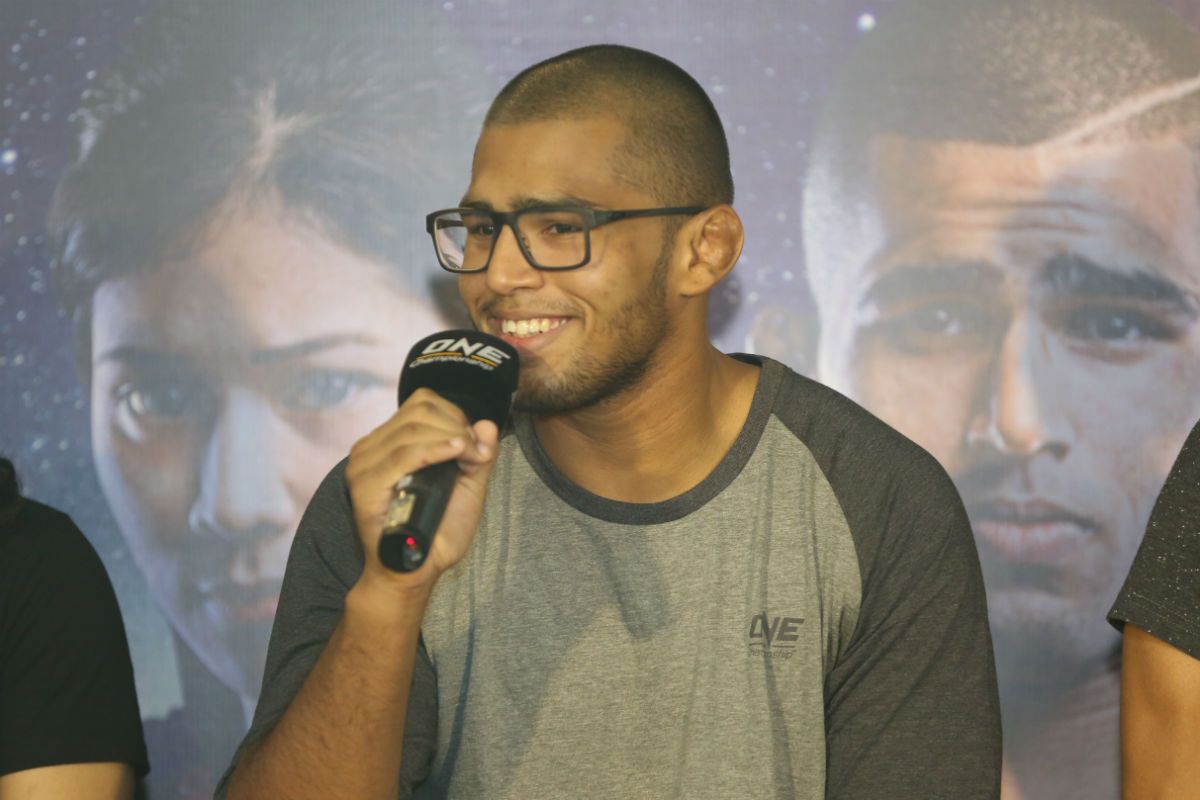 Thani promises he’s going to do everything possible to get the job done, and make his hometown Malaysian audience proud of his work once again.

“I’m going to go out there and put everything on the line,” Thani stated. “I look forward to performing and putting on a show.”