Winning is important for Agilan “Alligator” Thani at ONE: MARK OF GREATNESS, but more than anything, he wants to get his hometown fans out of their seats.

It has been a year since the 24-year-old competed in Kuala Lumpur, Malaysia, but he believes the time is right for him to return to the Axiata Arena and put on a show for his compatriots.

That is what he did when he made his comeback from injury in June in a war against Yoshihiro “Sexy Yama” Akiyama, and he believes his opponent – undefeated American Dante Schiro – should allow him to put on another entertaining battle.

As he prepares to step in the Circle on the main card of The Home Of Martial Arts’ final marquee event of 2019, the Sentul native reveals his thoughts on his new opponent, how he plans to approach this encounter, and where he thinks a win will put him as we head toward 2020.

ONE Championship: How are you feeling ahead of your match?

Agilan Thani: I’m doing good, I feel I am mentally and physically where I am supposed to be. I cannot wait to fight again.

ONE: Unfortunately, your original opponent pulled out. What was your reaction to that?

AT: It was sad, because these days, when I do a training camp, I spend quite a lot of money to bring in the best guys from around the world to train me.

ONE: Was it hard to change your mindset, or your game plan, with the bout little more than a week away?

AT: At this point, realistically, I cannot do much. I only have about two days to train, the final week is always focused on my weight, so it’s been the same approach just like when I started my camp.

It’s not easy for him too because it takes a while to execute a tactic. It’s going to be hard for us, but there’s never a day where martial arts is not hard.

ONE: What do you know about your new opponent, Dante Schiro?

AT: I believe this guy is slightly taller than me, and a bit lanky too. He is built more or less like Yushin Okami, and because of that, I think it will be a good match-up.

ONE: Do you think his style will cause some trouble against you?

AT: He’s a grappler and a striker. Based on the short videos I’ve watched, I can say he is very good technically, and very aggressive.

He’s dangerous, and I’m looking forward to doing well against him. It’s hard to say whether he can cause me trouble or not, but we’ll just have to wait and see next Friday. Overall, he is pretty dangerous.

ONE: What is your goal for this match?

AT: I just want to go in there and do my best. I feel good.

My aim is to put on a show for the fans in Malaysia. My head movement, my grappling – my A-game will be on show.

ONE: Do you have any fear coming into this bout?

AT: At this point in time, I’ve got nothing to lose. I’m the one coming of [a loss], and I shouldn’t be worried about taking a loss.

He should be worried about taking a loss because [he is undefeated]. If I had a better career where I’m 9-0 or 10-0, I should be the one worried, but now, I don’t have any concerns. 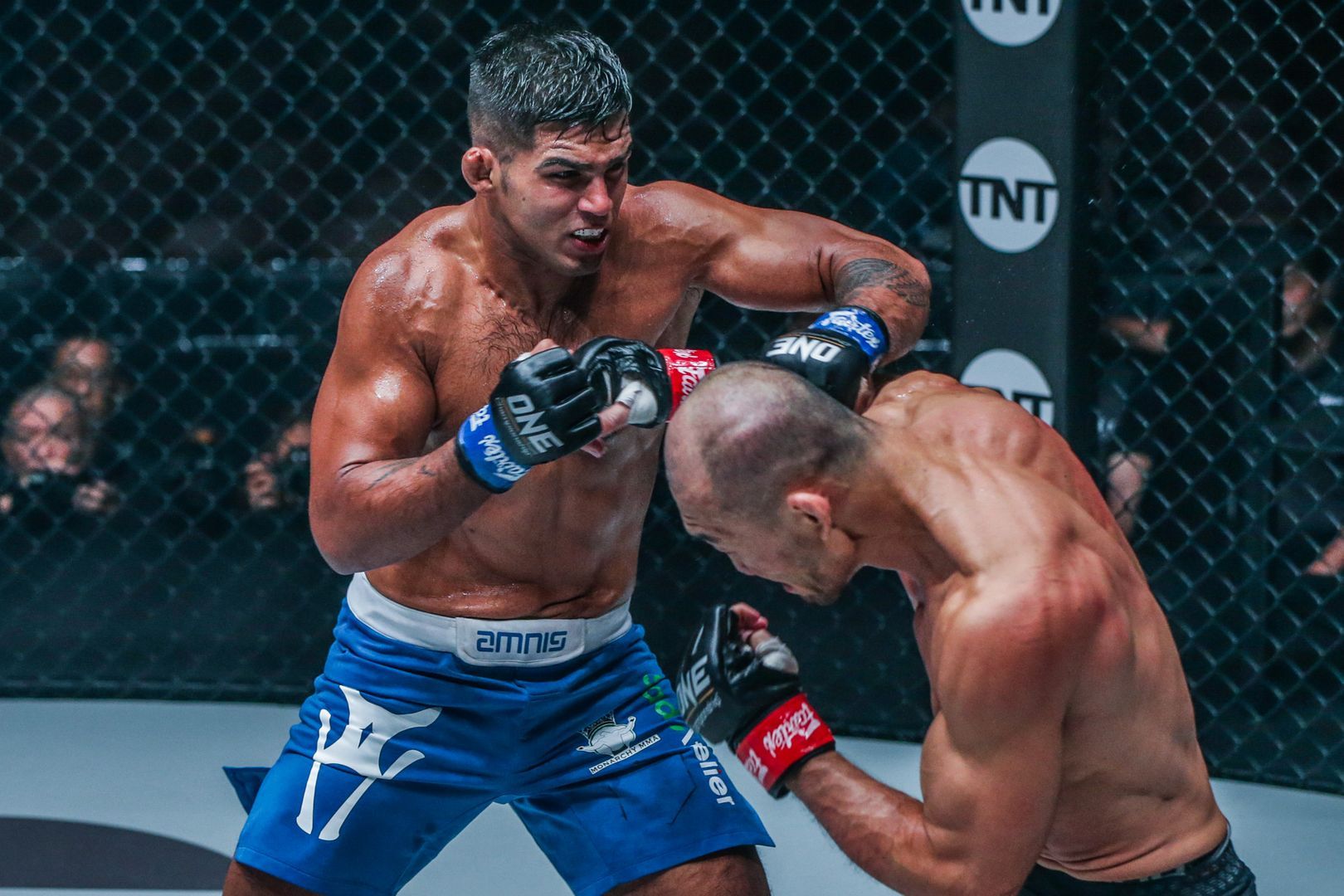 ONE: What would be the perfect ending to this welterweight clash?

AT: I don’t have any predictions. I just want to do my best and get my hand raised.

ONE: What do you think a win in Kuala Lumpur will do for you?

AT: If I get another victory on 6 December, I would pretty much want to get my rematch against Yushin Okami.

It wasn’t a war the last time, although I wanted a war. His game plan wasn’t what I expected. This is why I want a rematch.