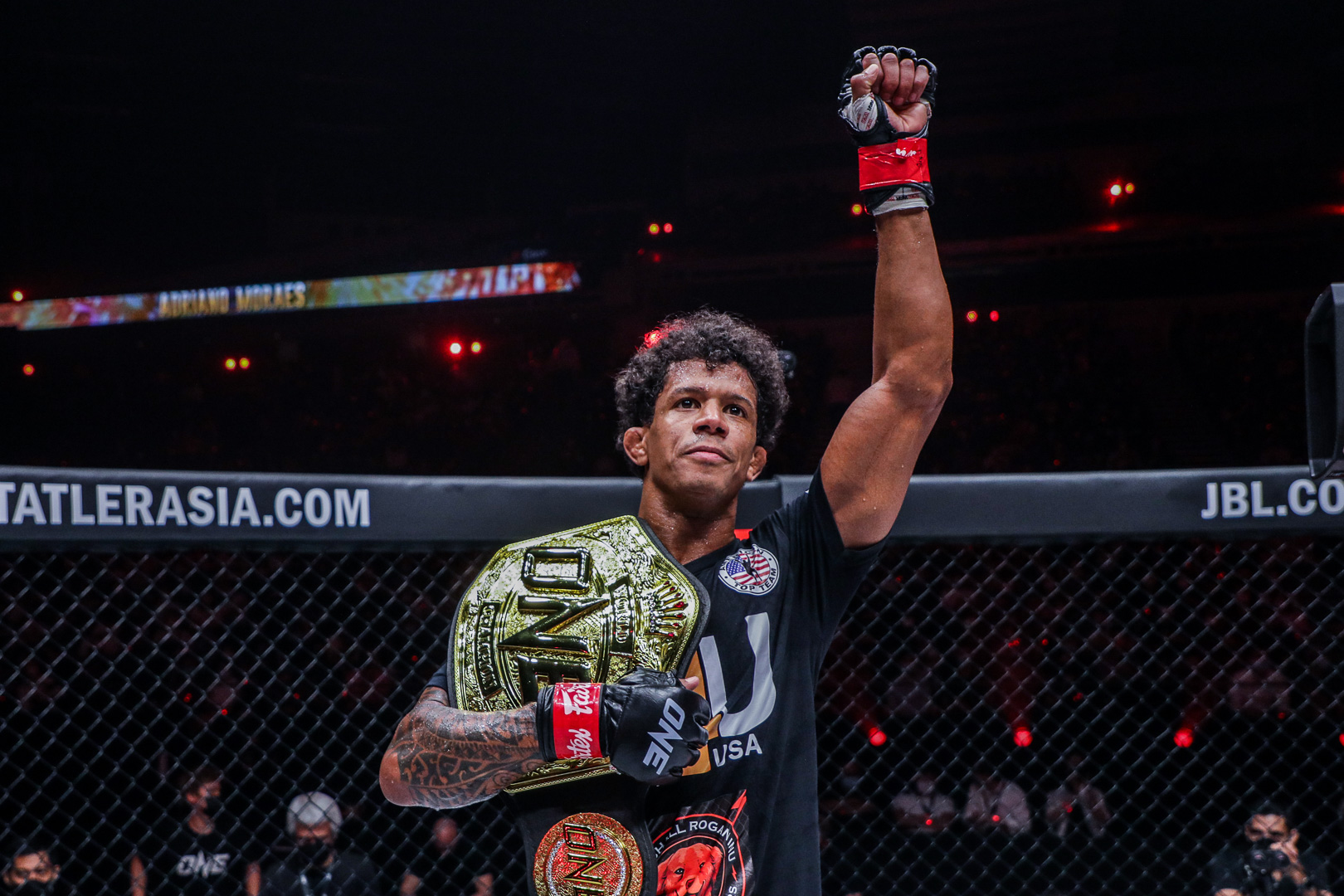 Reigning ONE Flyweight World Champion Adriano Moraes has all but cleared out the division following a successful World Title defense over his latest challenger at ONE X.

The Brazilian superstar locked horns with Yuya Wakamatsu on the promotion’s 10-year anniversary card last month and retained his gold with a third-round guillotine choke.

It was another impressive result for “Mikinho,” and now the question remains – who could challenge him next?

The 33-year-old told ONE Championship:

“After the victory against Wakamatsu, I eliminated the top four in the rankings. So, I don’t know who will be the next to fight for the belt.”

Moraes has now won seven of his last eight fights, and he’s ruled the flyweight MMA division since reclaiming his strap against Geje Eustaquio in early 2019.

Only #5-ranked Reece McLaren has yet to face the Brazilian, but if you ask “Mikinho,” one of his former foes may have earned another shot at the throne.

“I believe that Kairat Akhmetov is closer now because we fought twice with one win each, so this trilogy would make perfect sense. But the decision is up to ONE Championship.”

Adriano Moraes on his potential next challenger

The rivalry between Moraes and Akhmetov stretches back seven years, with “The Kazakh” winning their first World Title bout in 2015 and “Mikinho” gaining redemption in a 2017 rematch.

After ONE X saw MMA GOAT Demetrious Johnson and Muay Thai megastar Rodtang Jitmuangnon square off in a special rules super-fight, other athletes have expressed interest in their own hybrid contest.

Adriano Moraes is certainly intrigued by the idea, and he singled out ONE Flyweight Kickboxing World Champion Ilias Ennahachi as a potential opponent.

“I see that kind of super-fight as an option too. There’s the kickboxing champion, Ilias Ennahachi, a very tough guy, and he’s already shown interest in doing a fight with these rules. So why not? He’s a great striker, so it would be an interesting fight. But it would be even more interesting if it was just MMA.”

Given the positive reception to Johnson’s submission win over Rodtang, it’s clear fans are excited to see more matchups between World Champions in their respective sports.

For now, Moraes can only wait to see if Ennahachi responds to his callout.