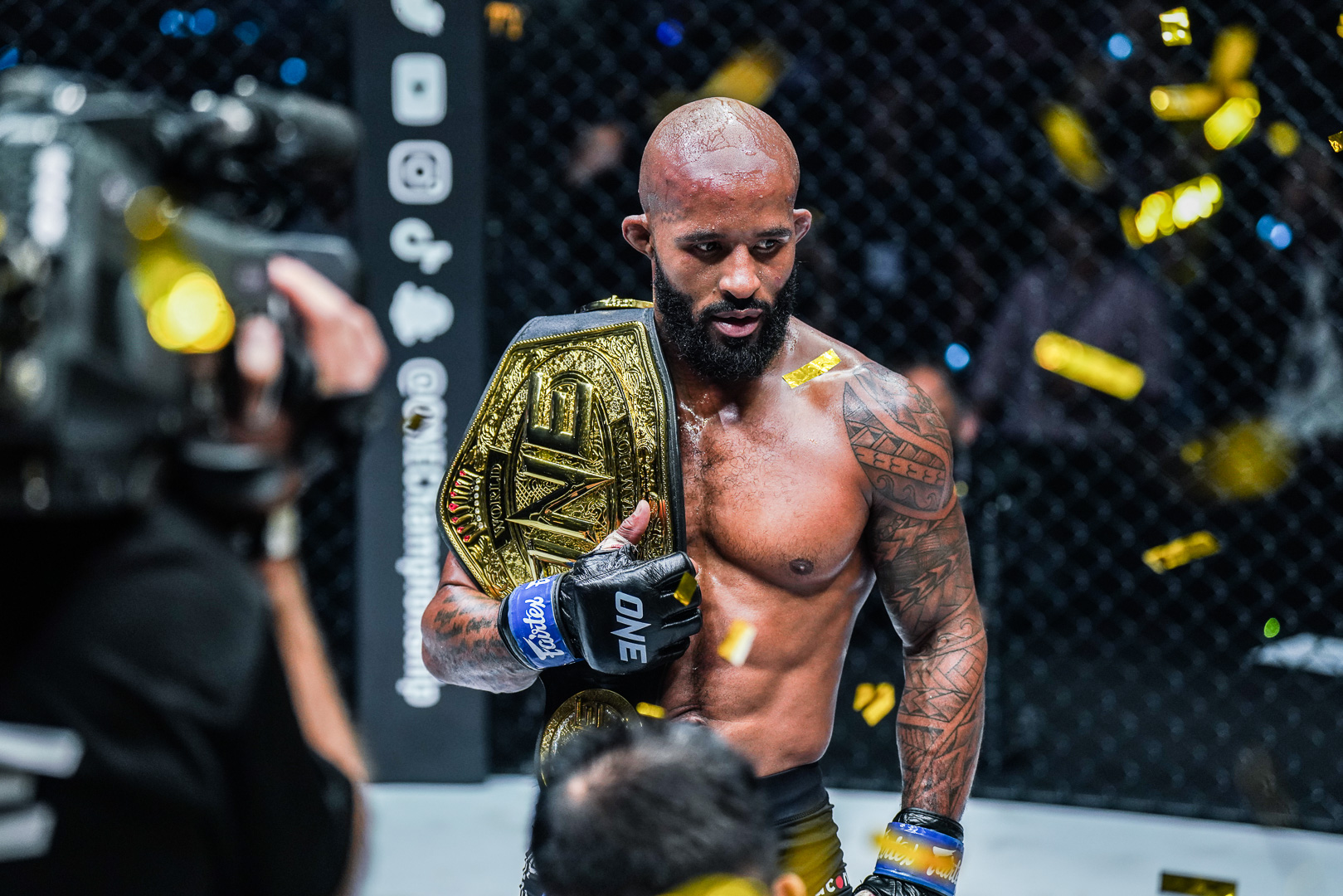 With his spectacular knockout win over Adriano Moraes on Friday, Demetrious Johnson captured the ONE Flyweight World Title, finally achieving what many fans expected when he signed with the organization in late 2018.

The victory at ONE on Prime Video 1 further solidified Johnson’s status as a pound-for-pound great in the sport.

And naturally, there are plenty of hungry challengers who want to take the belt from “Mighty Mouse” and pick up a win over the MMA GOAT.

With that in mind, we look at three potential opponents for Johnson’s first ONE World Title defense.

Perhaps the most obvious next step for Johnson is a trilogy fight with Moraes.

After being knocked out by “Mikinhho” in their first World Title showdown last April, the American legend evened the score with a knee of his own to claim the gold.

However, Moraes is an eight-time ONE Flyweight World Champion and the only man to ever finish Johnson. He’s dominated the division for years and already holds wins over every other top-five ranked contender.

Simply put, the former flyweight king has earned another crack at the crown – especially given the exciting nature of both matchups with “Mighty Mouse.”

Across those two fights, Moraes and Johnson produced high-paced, compelling action that fans would love to witness for a third time.

And even though he ultimately lost the rematch, the Brazilian proved that his first win was no fluke. He found success on both the feet and the ground before suffering a knockout late in the fourth frame.

A rubber match here certainly makes sense. Few would argue that “Mighty Mouse” and “Mikinho” aren’t the best flyweights in the division, and another meeting would truly determine the undisputed World Champion.

Former ONE Flyweight World Champion Kairat Akhmetov has been quietly working his way back toward the belt he lost in 2017.

The Kazakh star is riding a five-fight winning streak and now owns the division’s #2 contender spot behind Moraes.

But more than just deserving a World Title shot on paper, Akhmetov would be an exciting opponent for Johnson.

First and foremost, he would be a completely fresh face for the newly crowned king, who has already beaten three of the other top contenders at flyweight.

Moreover, Akhmetov would present some interesting stylistic challenges for Johnson. The 34-year-old is a talented wrestler and takedown artist who owns the skills to put “Mighty Mouse” on his back.

Finally, “The Kazakh” would bring a ton of valuable experience into a World Title challenge. He’s been through five-round wars as a former divisional titleholder and has never been stopped in 30-plus fights.

All of those factors could help produce an absolute thriller if Akhmetov meets Johnson in the Circle.

At 30 years old and with a 3-1 record in his past four fights, McLaren seems to be entering his prime.

In his last bout, the Australian impressed with a first-round submission win over Chinese rising star Xie Wei, while both of his previous two wins also came in the opening frame.

McLaren has actually challenged for a ONE World Title, losing to Johnson’s longtime teammate and former bantamweight king Bibiano Fernandes by split decision in December 2016.

Now six years and six victories later, he could be ready for another shot at the gold.

With his prodigious grappling skills – which have produced nine submissions in 15 career wins – the veteran is a dangerous opponent for any flyweight.

And just like Moraes became the first man to knock out Johnson, McLaren would be looking to hand “Mighty Mouse” his only submission loss.