Yoshihiro “Sexyama” Akiyama is back, and he is ready to thrill crowds across Asia once again after announcing his return to competition with ONE Championship.

The 43-year-old superstar, who has competed on the big stage on both sides of the globe, is a true legend of Asian martial arts, and his eagerly-awaited return will be one of the most fascinating storylines to follow in early 2019.

Born in 1975 in Osaka, Japan from a family of Korean descent, Akiyama grew up in a stable family environment, but he struggled to maintain focus on his studies at school. His energetic demeanor lent itself more to sporting activities than academia.

“I liked sports and didn’t like studying,” he admitted. “I was more of an active child.”

Akiyama’s father ran a small orthopedic clinic, while his mother was a homemaker. It was a comfortable life, and the superstar fondly remembers his regular trips out for special family meals.

“Although I did not grow up in a wealthy family, we always looked forward to going to an all-you-can-eat Korean barbecue restaurant once a month,” he said.

Both of his parents were athletes during their younger days, and that meant they understood his drive and determination to become a martial artist.

“When they were younger, he was a judo player and she was a swimmer,” Akiyama revealed.

“With these backgrounds, they understood me doing judo and sports in general. My mother was against it initially, but once I had made up my mind, she supported me.”

When Akiyama discovered judo, he viewed it as a test, and resolved to push himself as far as his talent could take him.

“I wanted to know how good I could be, and challenged myself to see how far I could go with it,” he explained.

Evidently, Akiyama’s talent was able to take him a long way. It kickstarted a career which saw him become a bonafide legend of Asian martial arts.

He won a pair of gold medals in judo at the 2001 Asian Championships and the 2002 Asian Games, and then looked for fresh tests in other sporting competitions.

The icon’s success in Japan attracted the attention of western promotions, and he eventually joined the UFC, where his exciting martial arts style saw him earn three “Fight Of The Night” awards from his seven bouts for the American organization. 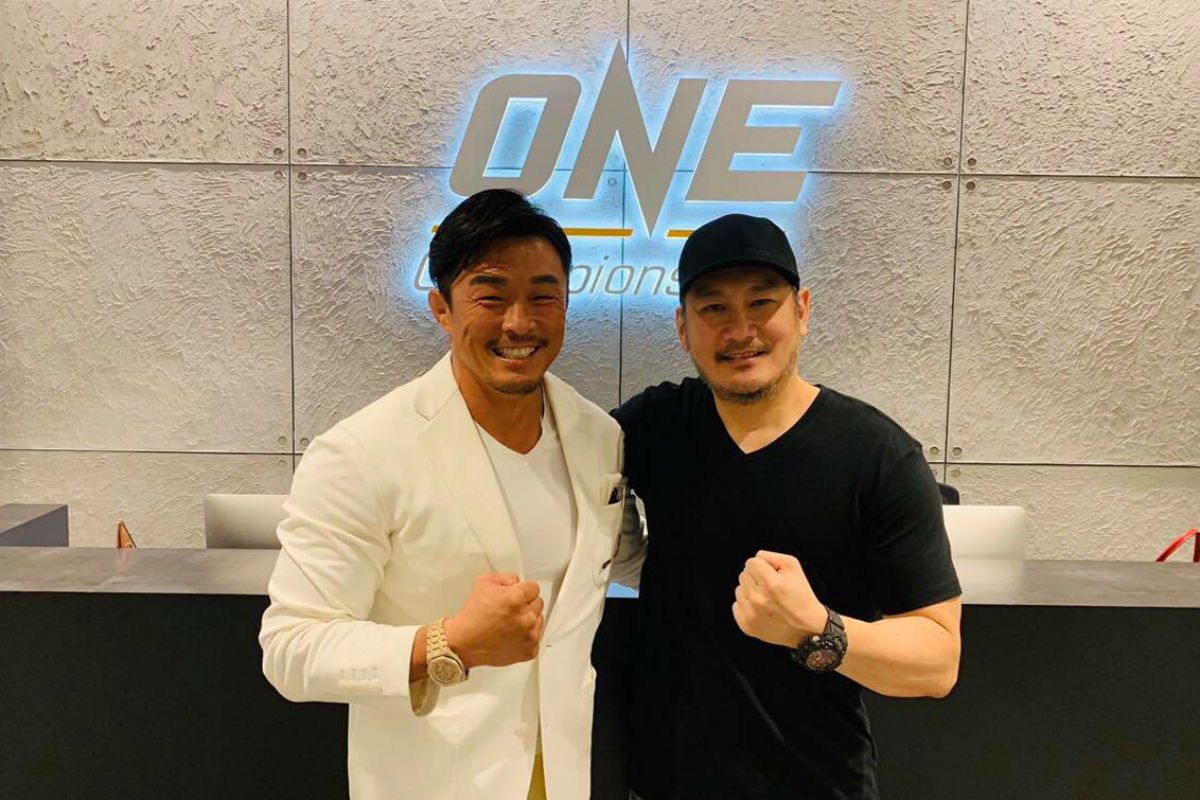 When “Sexyama” stepped away from the sport in November 2015, most fans assumed that decision would mark the end of his martial arts career.

This past November, however, he signed with ONE, and cited the ethos of the organization and the energy of ONE Chairman and CEO Chatri Sityodtong as the driving forces behind his decision to return to the active competition once again.

“It’s because of Mr. Chatri Sityodtong’s passion,” he said.

“I think that the organization, the athletes, and the fans all have win-win relationships. Mr. Sityodtong’s passion gave me the power to fight again.”

Now ready to begin an unexpected new chapter in his athletic career, Akiyama hopes he will get the opportunity to make his return in familiar territory.

The world’s largest martial arts organization is set to hold events in both his home country of South Korea and his birthplace of Japan — the first being ONE: A NEW ERA, which emanates from the historic Ryogoku Kokugikan in Tokyo on Sunday, 31 March.

Given Akiyama’s legendary status in both nations, there would surely be no other places more fitting for his promotional debut.