Alexandre “Bebezao” Machado has a chance to defy the odds, win a world title, and spoil the homecoming of Myanmar’s foremost sporting icon.

On Friday, 23 February, the Brazilian is scheduled to clash with ONE Middleweight World Champion Aung La “The Burmese Python” N Sang in the main event of ONE: QUEST FOR GOLD. The event broadcasts live from the Thuwunna Indoor Stadium in Yangon, and the victor will claim the vacant ONE Light Heavyweight World Championship.

In order to strike gold, Machado will have to contend with the ferocity of the seemingly unstoppable Aung La N Sang, as well as thousands of partisan supporters who idolize “The Burmese Python.”

“Bebezao,” however, is up to the task. In fact, he serves as a legitimate threat to Aung La N Sang, who will have the weight of a nation on his shoulders.

Here are five reasons why the Brazilian could be the man to stop the Myanmar hero’s epic rise.

Although most of Aung La N Sang’s victories have come via submission, he now encounters a world-class grappling specialist who brings the most clinical ground acumen of any opponent he has faced to date.

Hailing from Rio de Janeiro, where BJJ world champions are churned out with remarkable frequency, Machado has lived and breathed the game in an environment where it is easy to prosper. He has shown a wide array of finishes on the ground, including chokes, arm locks and leg locks.

“The Burmese Python” may be confident in his abilities, but he will have to tread rather carefully should the bout hit the canvas.

#2 He Is Moving Down To Light Heavyweight Aung La N Sang showed his warrior mentality by stepping up for an Open Weight Super-Bout against four-time Muay Thai and Kickboxing heavyweight world champion Alain “The Panther” Ngalani at ONE: HERO’S DREAM last November, but the Myanmar athlete is a natural middleweight, and that is where he is used to operating.

Machado is moving down from his normal comfort zone of heavyweight, so he would actually be able to add some extra speed and finesse to the strength he has shown when competing in the higher weight division.

The Brazilian could very well have a strength advantage over Aung La N Sang, and with a particularly punishing top game, that could be the ace up his sleeve.

#3 “Bebezao” Can Block Out The Noise 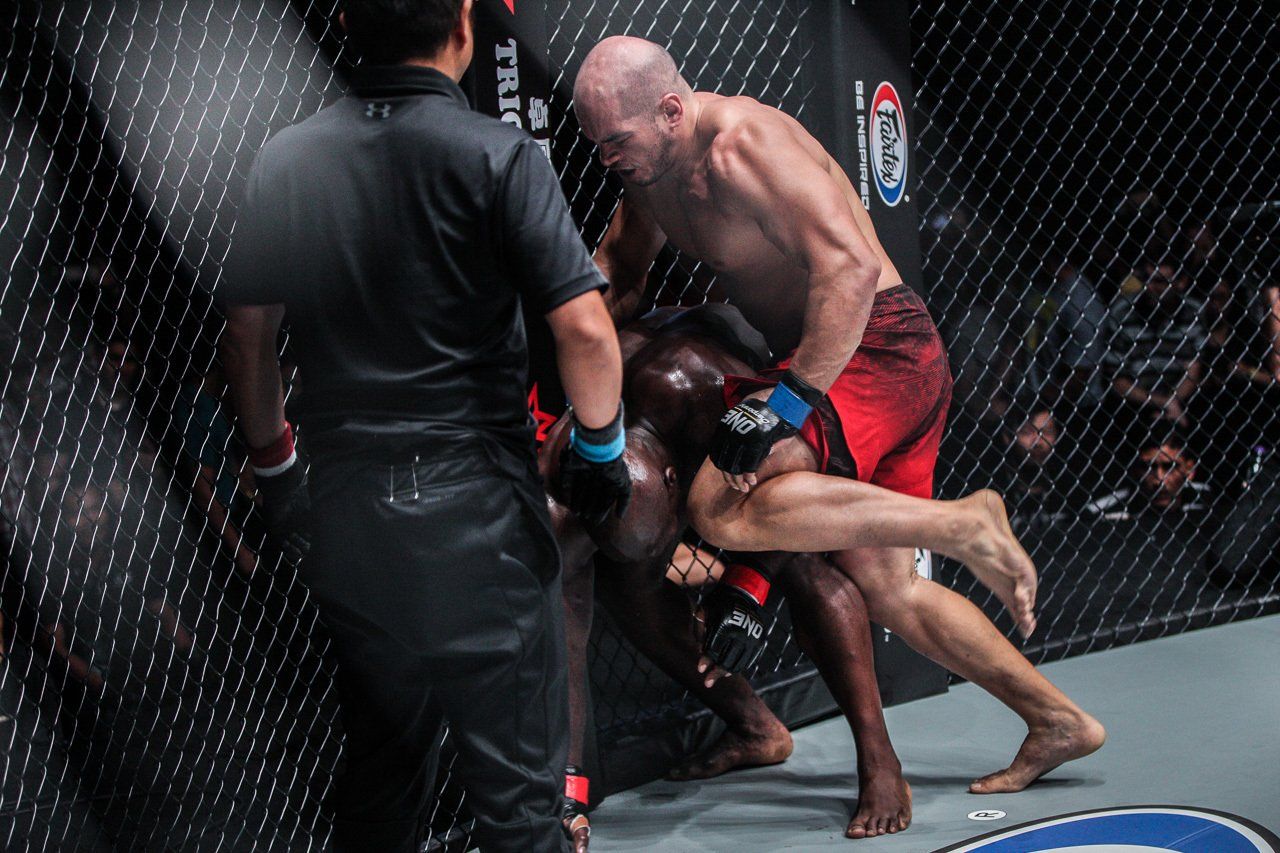 The Yangon crowd may be one of the loudest audiences of all. They are so passionately behind their man that it is motivating and inspiring at the same time. However, “Bebezao” is no stranger to competing in enemy territory, and he has not let the opposing fanbase overwhelm him in the past.

Machado has traveled throughout the world competing and overcoming local athletes in front of their hometown fans on several occasions. He has displayed unbreakable form in circumstances where others crumble, because he is able to block out the static and focus on the task at hand.

Aung La N Sang may get spurred on by his Myanmar following, but it will not have an effect on a hardened veteran like Machado.

#4 This Brazilian Can Take A Shot

Machado has been hit plenty of times, but he has shown the ability to take massive shots and continue to move forward.

The Brazilian could stand in front of a train and keep himself in the game. He pretty much did that when he faced Ngalani at ONE: HEROES OF THE WORLD in August 2016. He kept absorbing powerful strikes from the hard-hitting behemoth, and still went on to win via TKO.

Aung La N Sang is also known for his durability, so the likelihood is that both of these men will be moving forward and constantly engaging in order to get their hands on the ONE Light Heavyweight World Title. When so much is at stake, the will to win is only increased further.

#5 He Feels No Pressure 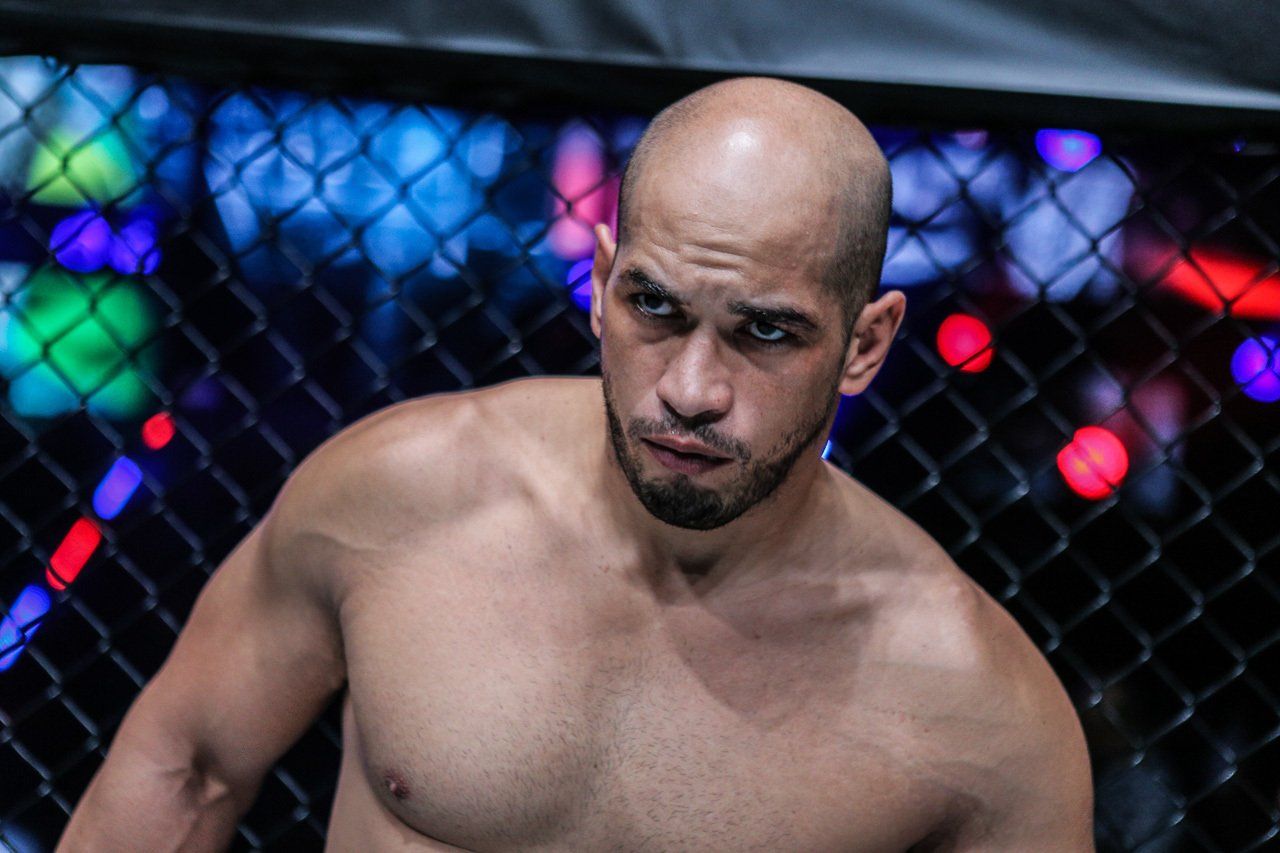 It is always great to have support, but with that comes expectation.

Since his crowning as ONE Middleweight World Champion, and the subsequent marquee victory over Ngalani in an Open-Weight Super-Bout, Aung La N Sang has grown his fanbase exponentially. But by doing so, that keeps piling on the pressure.

Those who idolize him have high hopes, not just for his success in a sporting contest, but for his influence and positive message in a country that needs role models. “The Burmese Python” takes this seriously, but it is a heavy burden to carry.

As he comes in halfway around the world and with nothing to lose, Machado can express himself in the cage with no pressure, meaning he can focus strictly on the match and reach towards ONE gold.