The ONE Featherweight World Title picture could become clearer on Saturday, 22 September, at ONE: CONQUEST OF HEROES.

One of the most exciting bouts to take place at Indonesia’s Jakarta Convention Center is a contest between Marat “Cobra” Gafurov and Koyomi Matsushima on the main card.

The Russian powerhouse that is Gafurov is determined to bulldoze his way back to the throne he once occupied at the top of his weight class. However, a new challenge from Japan could make that task a lot more difficult – and dangerous – than he might like.

Marat "Cobra" Gafurov's back on the hunt for gold at ONE: CONQUEST OF HEROES!

Marat "Cobra" Gafurov's back on the hunt for gold at ONE: CONQUEST OF HEROES!Jakarta | 22 September | LIVE and FREE on the ONE Super App: http://bit.ly/ONESuperApp | TV: Check local listings for global broadcast | Tickets: http://bit.ly/oneconquest18

Gafurov (16-1) broke records during his stellar campaign to become the ONE Featherweight World Champion.

Following seven months away from mixed martial arts action, “Cobra” returned to submit the teak-tough Emilio Urrutia in the first round at ONE: GLOBAL SUPERHEROES in April.

Matsushima (9-3) may be making his ONE Championship debut, but he is not short on mixed martial arts experience at a high level.

The 25-year-old product of Pancrase ISM Yokohama was one of the top contenders in the Pancrase featherweight division, only narrowly missing out on claiming a championship belt.

Before that match, the Japanese star had put an impressive three-bout winning streak together, taking his total tally of finishes to five by knockout and one by submission.

Hands up if you can't wait to see Marat Gafurov in action! ????

Hands up if you can't wait to see Marat "Cobra" Gafurov in action! ????Jakarta | 22 September | LIVE and FREE on the ONE Super App: http://bit.ly/ONESuperApp | TV: Check local listings for global broadcast | Tickets: http://bit.ly/oneconquest18

Gafurov is almost unstoppable when he gets a contest onto the ground.

Each of his seven victories in ONE Championship have come via submission, as well as six others before he arrived in The Home Of Martial Arts. Whether he gets a quick choke, or has to wear opponents down over several rounds, he usually gets the tap.

Unless his next opponent is capable of some otherworldly offense from guard, a takedown-based approach is likely to offer his easiest path to victory.

Matsushima would do well to stay on his feet.

While his grappling skills are not to be scoffed at, Gafurov’s offensive grappling is on another level to anything he has experienced in his professional career before. However, the Russian is not invincible.

Martin “The Situ-Asian” Nguyen drew up the blueprint for success against Gafurov, which Matsushima could follow. He is also light on his feet, and capable of moving around and cutting angles to avoid and defend takedowns.

If he can stay upright and force his opponent to expend energy, he could give himself more of an opportunity to show off the striking that earned him knockout victories in his first five professional contests. 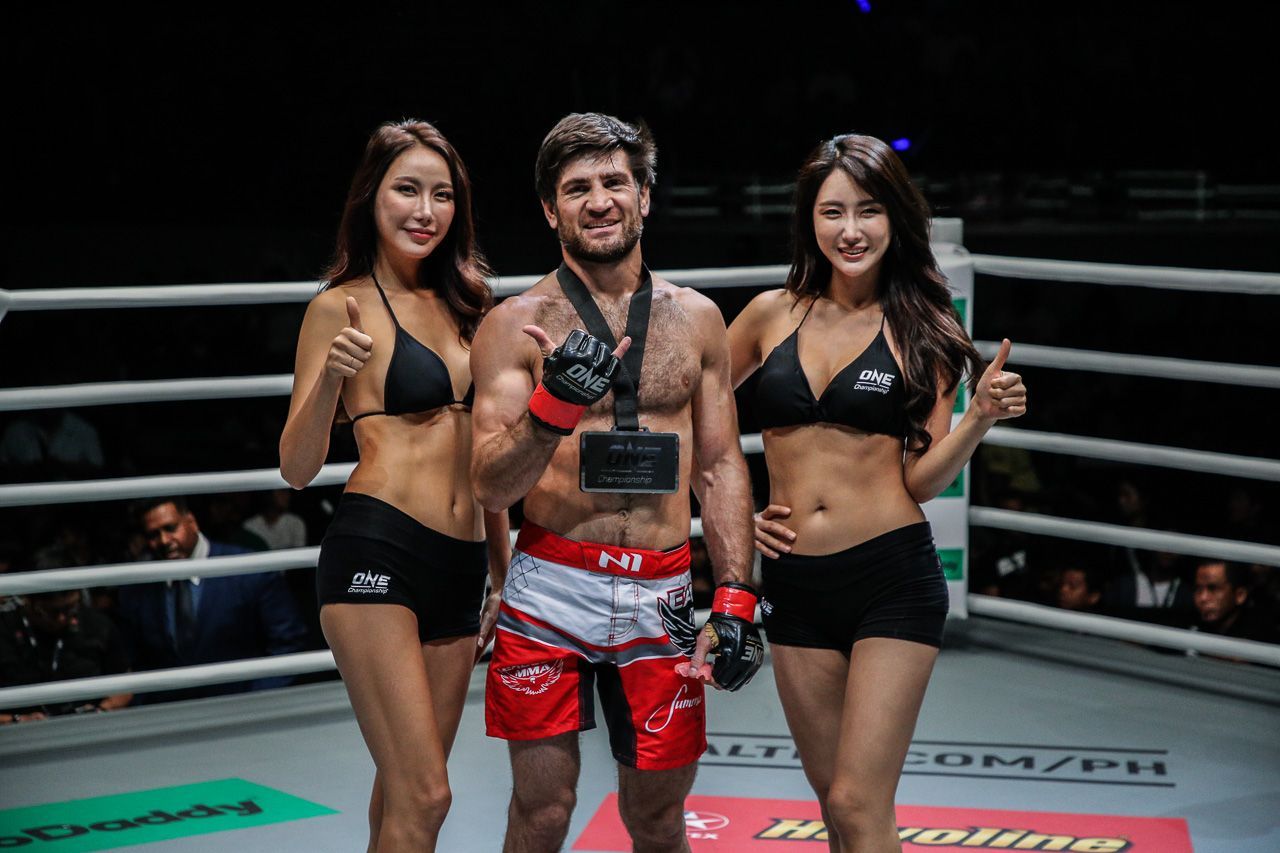 Gafurov desperately seeks a rubber match for the ONE Featherweight World Title with Nguyen. Nguyen says he will be happy to face Gafurov for a third time if he can win a few bouts decisively.

If “Cobra” indeed wins in trademark style, he will be right on course for his coveted trilogy bout.

Though Matsushima lacks the pedigree of his opponent in ONE, he could make an immediate name for himself with a victory over the featherweight division’s most dominant World Champion.

Even if that does not secure him an automatic shot at the gold, it should take him to within reach of the top prize in martial arts.