Waqar “Psycho” Umar has always tried to maintain a smile, even when life got rough.

The 26-year-old Lahore, Pakistan native was raised in one of the country’s wealthiest cities, but his family had to endure financial hardship.

While most children were thinking about which game they were going to play with their classmates in the schoolyard, Umar left formal education at the age of 10, and instead worked as an employee at his dad’s hardware store so his family could make ends meet. 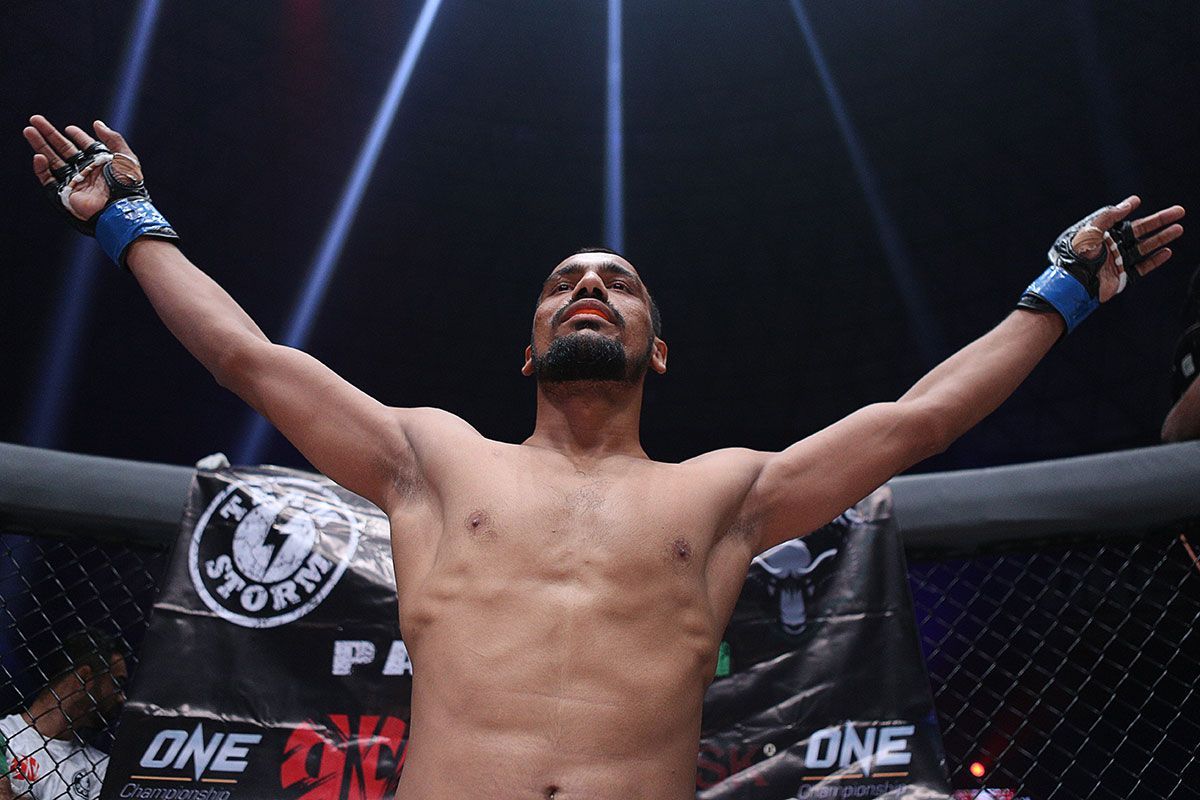 “I am from a normal background. My childhood was like many others,” the featherweight offers, in spite of how extreme his situation may appear to those hailing from more privileged backgrounds.

“We had some financial struggles growing up, and I used to see that. So from then, I started to help my father in the shop, and started earning money.

“I have seen many tough things in life, but I have learned one thing — that one should try to stay happy no matter what the circumstances are.”

Umar has certainly made the most of his humble beginnings, as he had an unrelenting work ethic instilled into him – something that would remain one of his strongest traits moving into the world of martial arts.

Though he is now nicknamed “Psycho” and known in Pakistan for his combat skills, it was not until he was 16 that he found a keen interest in the martial arts. With three brothers and a sister,  Umar was always entertained, and had very close bonds with his family. 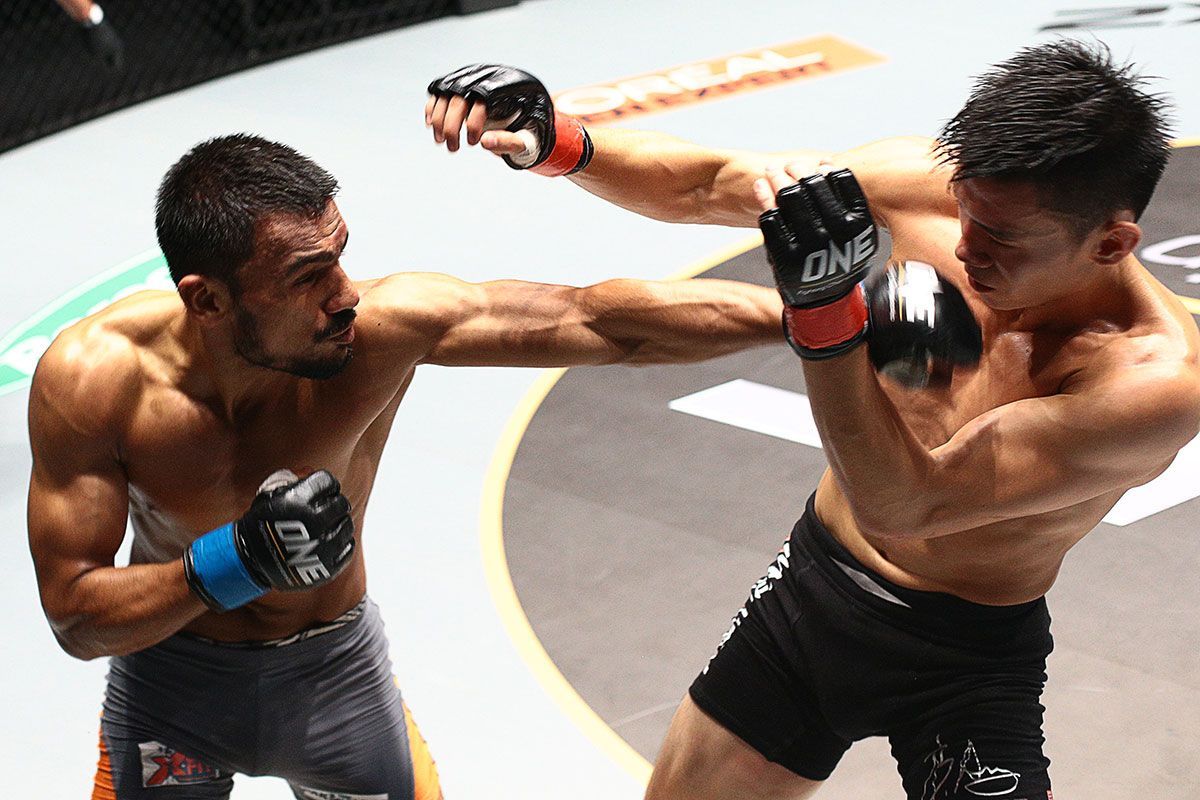 “My siblings are everything to me,” he says, showing that the bond still remains.  In fact, it was an elder sibling who led him down his current vocation.

“I always wanted to do sports,” Umar recalls. “I started wushu at the age of 16. My brother used to do it, and from there I got this interest.”

Since then, Umar has committed his life to martial arts. It was his way out of his father’s store, and the road down which he could really try to realize his own ambitions. Instead of trying to pull their son back into the family business, his parents are proud and supportive of his chosen path.

“They do not mind me doing martial arts,” he continues. “They know it is my dream to become a great martial artist.” 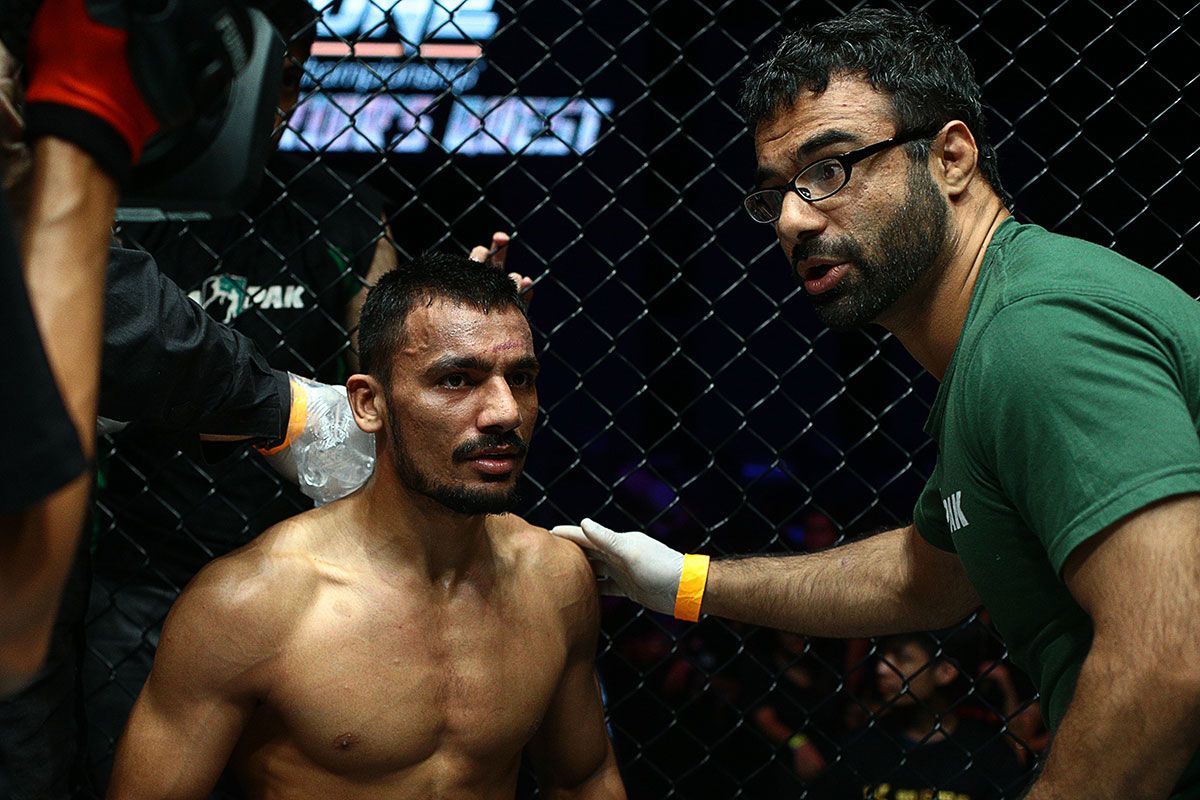 “Psycho” dreamed of participating on the International playing field, and in 2009, he took a big step forward in bringing that goal to life. He linked up with Bashir Ahmad, the Godfather of Pakistan’s martial arts movement, and trained at Synergy Fitness & Mixed Martial Arts in various disciplines, with the objective of competing inside the cage.

Under Ahmad’s guidance, Umar made his professional debut in 2012, gained some valuable competition experience in the growing Pakistani scene, and then finally arrived on the global stage when he joined ONE Championship two years later.

Since that time, the Lahore native has taken on some of the promotion’s finest athletes in Amir Khan, Peter Davis, and Benedict Ang. He has been tested against world-class competitors, and though at this point in his career knows he must finally break out of his journeyman mold.

Umar will have his chance to do that this coming weekend. On Saturday, 24 March, he meets China’s Zhao Zhi Kang in a featherweight tilt at ONE: IRON WILL. The event takes place at the Impact Arena in Bangkok, Thailand. 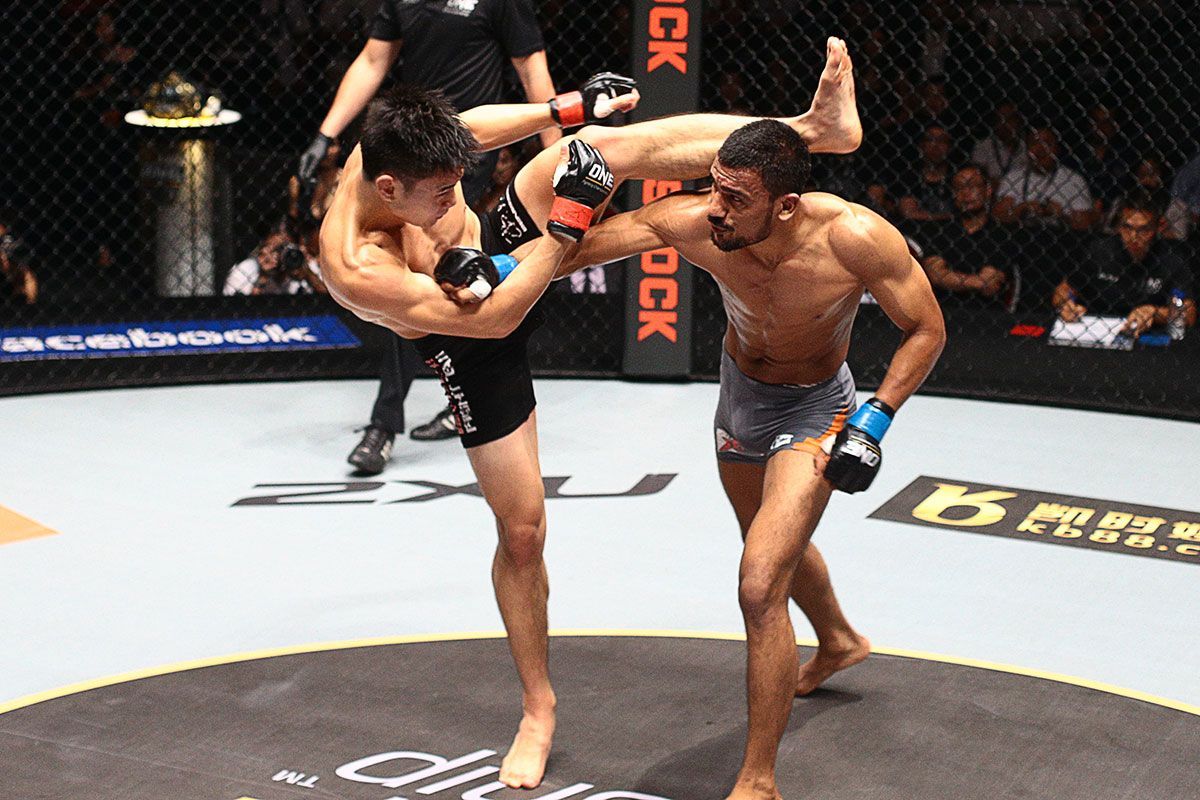 For this match, he has been training diligently at Rogue Fitness and Martial Arts Academy in his native Lahore, a facility he also teaches at.

“I am a coach there,” he says. “I manage to train there with some high professionals players, who come there to train as well.”

Those top-shelf training partners will be helpful in defeating Zhao, a Chinese sanda champion who holds a remarkable 22-3 professional record. He is a talent on the rise, and had an incredible promotional debut in November when he submitted Cambodia’s Thai Rithy via rear-naked choke in the first round of their clash.

Despite Zhao’s potential, Umar is focused solely on imposing his game. And after a year and a half away from competition, he wants to make a statement in his illustrious return to action.

“I have been training and waiting for a match to come so I can prove myself,” the Pakistani combatant says. “Seriously, I never look at my opponent’s weakness. I will see his skills in the cage. It will be a good match.”